Ruth Bader Ginsburg has called Donald Trump "a faker," while Trump says she should "resign." But even liberals are questioning Ginsburg's decision to get into the gutter with Trump. 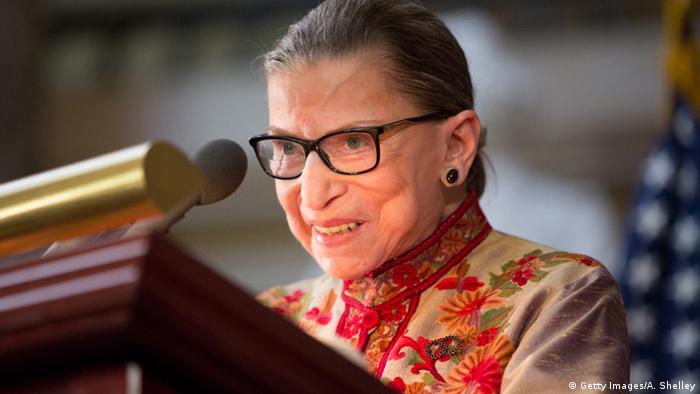 Trump slammed the 83-year-old judge, saying her "mind is shot," and called on her to resign.

Trump's latest outburst comes in response to comments by Ginsburg that Trump isn't fit to be president.

In a series of interviews with The Associated Press, The New York Times and CNN, Ginsburg reiterated her criticisms of Trump, calling him "a faker" on CNN.

"He has no consistency about him," she said. "He says whatever comes into his head at the moment. He really has an ego.

"How has he gotten away with not turning over his tax returns?" she asked. "The press seems to be very gentle with him on that."

In another interview Ginsburg joked about moving to New Zealand if Trump wins the White House.

Trump vs. Clinton - Anger against The Establishment?

Trump, who never met an insult he didn't want to refute, has tweeted back.

"Justice Ginsburg of the US Supreme Court has embarrassed all by making very dumb political statements about me. Her mind is shot - resign!" Trump wrote on Twitter.

The Republican-controlled Senate has taken the unprecedented step of refusing to hold confirmation hearings on President Barack Obama's nominee to replace Scalia.

Trump has insisted he will appoint right-wing conservatives to the high court if he is elected president.

Still, Ginsburg is being criticized by others for injecting herself into the presidential campaign. 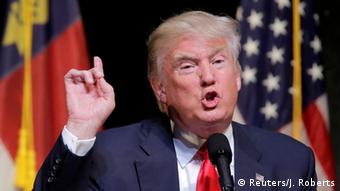 An editorial in the New York Times noted there is no law prohibiting justices from speaking out on presidential elections, and the candidates, but said doing so could only raise questions about the court's impartiality in general, and Ginsburg's in particular.

The paper recalled the 2000 presidential election which was eventually decided by the Supreme Court. While highly unlikely, the editorial cautioned that there is always a chance this year's election could end in a virtual tie, which ends up before the high court.

For that reason alone, many feel Ginsburg has little to gain from getting into the proverbial cesspool with Trump.

Trump's rebuke was also supported by fellow republicans who are otherwise lukewarm to his candidacy. Ginsburg's comments could compel conservatives to coalesce behind Trump at a time when he is struggling to unify the party - just one week before his nominating convention in Cleveland.

Democrat Bernie Sanders has endorsed his party's presumptive presidential candidate Hillary Clinton at a New Hampshire campaign rally. Sanders said Hillary would be a better choice as US president than Donald Trump. (12.07.2016)

Politics professor Scott Lucas responds to shootings targeting cops in Dallas, following the police shootings of two black men caught on video. He urges real dialogue at a perilous time for the country. (08.07.2016)