Politics professor Scott Lucas responds to shootings targeting cops in Dallas, following the police shootings of two black men caught on video. He urges real dialogue at a perilous time for the country. 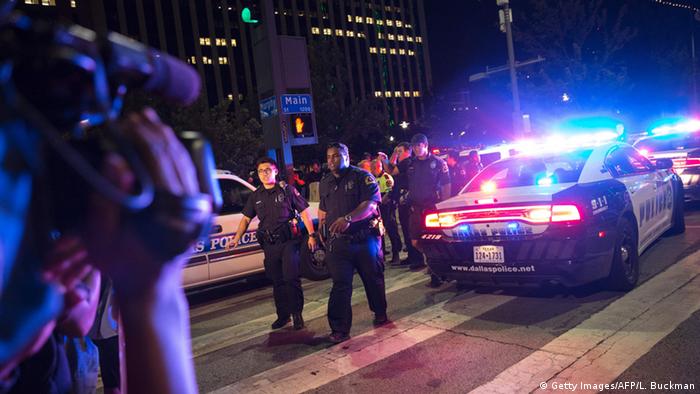 DW: We'd like to talk a little about the polarization that we're now seeing. What are your concerns now seeing first these horrific images coming out of Baton Rouge, and now Dallas?

America has always had this paradox that it's economically the most powerful country, still, militarily powerful, and has - for all its faults - a pretty good political system. Yet at the same time when it's got all these assets, it's caught up in this culture of fear. It's a very frightened place and has been for decades - I lived through it in the Cold War. But more recently of course you had it after 9/11. And you had it domestically because of fear of the inner city, fear of deprivation and what people will do, fear of drugs, fear of crime. 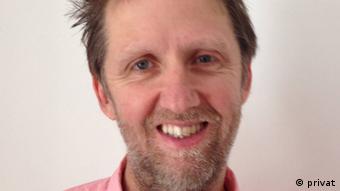 And the Black Lives Matter movement, of course, following Michael Brown's killing in 2014, this is a movement which is dealing with some very serious issues: Not just police violence or alleged police violence, but also issues such as the economic situation, the lack of employment in certain areas, the income disparity. There is a risk now that this movement in particular will be cast as a threat to all police. There's going to be this stigma which is going to be placed on it. Now if you do that - which is not to say that I agree with everything Black Lives Matters says, what the protesters say - but what you do is you shut down the possibility of dialogue and you turn this into a conflict situation.

We've got a former congressman, on Twitter right now, saying that this is war - a guy named Joe Walsh. If that type of language is exploited by politicians, including Mr. Trump, it will only contribute to what I think has been a very damaging erosion. In fact, more than erosion - I would never use the word "threat," that would only contribute to the language, but I would say that there is a serious problem in American politics and that this could be exacerbated by the reaction to what we've seen.

There's no consensus on these incidents, the narrative seems to shift back and forth. Looking at the fallout on social media between people in the police community and those in less-advantaged communities, both seem to see themselves as being victimized. Do you think the culture of victimhood shifts back and forth in these events?

Social media can reinforce that, because you wind up talking to your allies, and you criticize your enemies. Of course, social media is so much quicker than quote "traditional media" that it can accelerate the process. But on that topic I think there's another risk too: there have been efforts in communities to get away from this, to get beyond the victimization.

Five police officers have been shot dead and several injured during protests in the US city of Dallas. Thousands have marched in cities across the United States after the fatal police shootings of two black men. (08.07.2016)

US President Obama calls for police reform after fatal shootings

President Barack Obama has said all Americans should be troubled by frequent police shootings of black and Hispanic citizens. He said the shootings in Minnesota and Louisiana were not isolated. (07.07.2016)

Opinion: Police violence is disturbingly normal in US

An American woman live-streamed her boyfriend bleeding to death. Her staid reaction shows that many black Americans expect to lose a loved one to gun violence, DW's Ines Pohl writes. (07.07.2016)

Video of the graphic aftermath of a police officer fatally shooting a black man at a traffic stop has stoked outrage in the US. A witness said the man told the officer he had a licensed firearm before being shot. (07.07.2016)

The irony of this, in Dallas, is that the police had allowed protest. The police had been receptive to letting these issues be talked about. That it could happen there could be another impact of this tragedy: this is not the case - as it has been in some other communities - where there's been a real shutdown of protestors, or an attempt to shut down protests.

There is this immediate culture thing where the police say "we're the victims" and the protesters say the same. But if we fall into that trap, and say "oh yeah, yeah, that's exactly what the case is," then we sort of listen to the chatter and we miss the fact that there are grass-roots efforts to get beyond this. Again that's another one of my worries - that those grass-roots efforts will be eclipsed in the reaction to Dallas.

Do you agree that there is an intersection between gun culture and police militarization?

That's been a question that we've had for years, in terms of how not just the police, but also the National Guard for example, have dealt with protests. I wouldn't go there in terms of this being a new phenomenon.

Do you have any closing thoughts?

Yes. What I would want to say is that at this time, we're going to hear some politicians say that we need to have a period of calm. They'll say we need to be reflective, that we need to try to deal with this. I don't want those to be just words. There has to be a serious effort by people to try to engage with each other and to discuss this, because otherwise we've seen too much hatred with stuff in America - which quite often, fortunately, has been hatred of words and not of action. I fear that words which are not promoting dialogue, which are promoting conflict, are going to have serious consequences.

Scott Lucas is a professor of American politics at the University of Birmingham in the United Kingdom. Originally from Alabama, he is also the editor of the Journal of American Studies.