Trump backtracks after advocating punishment for women who get abortions | News | DW | 30.03.2016

Donald Trump has drawn sharp rebukes after initial comments suggesting women be punished for having an illegal abortion. The US presidential hopeful then backed away from his comments. 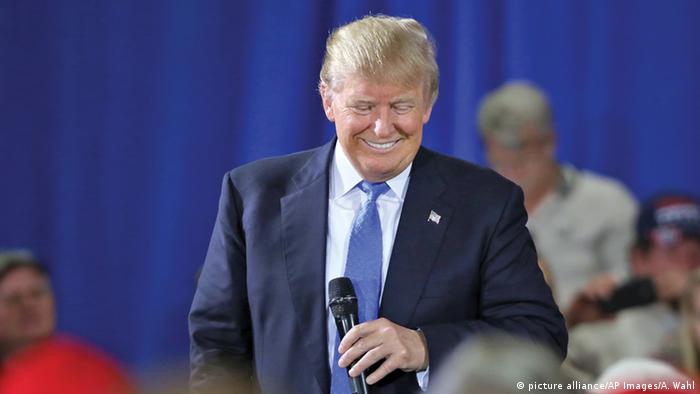 Republican presidential front-runner Donald Trump sparked a torrent of criticism Wednesday when he said that women who have abortions should face punishment if the controversial practice ever is outlawed in the United States.

Shortly after, the billionaire businessman sought to modify his remarks in a statement, insisting that if abortion were to be banned in the US, "the doctor or any other person performing this illegal act upon a woman would be held legally responsible, not the woman."

But Trump's initial comments unleashed a wave of condemnation from across the political spectrum.

"I think probably Donald Trump will figure out a way to say that he didn't say it or he was misquoted or whatever," Kasich said. "I don't think that's an appropriate response."

Abortion has been legal in the United States since 1973, following a landmark Supreme Court ruling. Trump has been criticized for supporting abortion rights in the past.

The Republican front-runner has thus been under pressure to demonstrate his conservative credentials on issues like abortion, but rivals have also criticized him for comments that offended women and minority groups. Polls show women generally have poor opinions of Trump, though Republican women tend to view him favorably.

On Tuesday, Trump's campaign manager Corey Lewandowski was charged with battery for allegedly manhandling a female reporter at a campaign event.

Quadriga - The Trump Factor: How Dangerous Is Populism?

The Trump Factor: How Dangerous Is Populism?

Effigies of US Republican presidential hopeful Donald Trump have been burnt in Easter rituals in Mexico. Trump's anti-immigrant views have made him a much-disliked figure there - but many US women also have their doubts. (27.03.2016)