Historian: Comparing Trump to Hitler is a distraction | World | Breaking news and perspectives from around the globe | DW | 07.11.2016

While Hitler and Trump have some similarities, the differences are more important, German historian Thomas Weber tells DW. Instead of comparing them, people should focus on the danger Trump poses to the world. 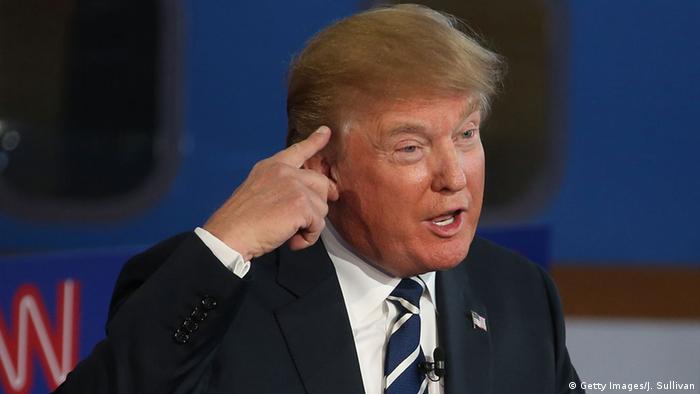 Could you elaborate first on the tactical similarities? 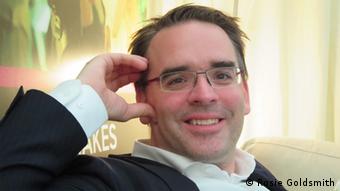 Thomas Weber is a historian at the University of Aberdeen

Both present themselves as anti-politicians with a great degree of tactical flexibility, whose rhetoric is to fix America and to fix Germany. Both basically say that if we go on the way we are, America or Germany will not survive in the form that we know it. So there is a similarity in the rhetoric, also in the early anti-Jewish and anti-Muslim rhetoric, and I am not talking here about the 1930s and 1940s, but the kind of anti-Jewish rhetoric of post-World War I Munich where there were demands to drive Eastern European Jews out of Germany. Here, there are great similarities.

Another similarity would be that precisely because of their tactical flexibility, both Trump and Hitler are difficult to make sense of, as a result of which they become a kind of canvas on which people can draw their own image of Trump and Hitler, both positively and negatively.

And what are the differences?

Why I ultimately think the differences are more important is that beyond the tactical similarities, the modes of politics of Hitler and Trump are fundamentally different. For Hitler, every compromise that was not a tactical compromise was a rotten compromise. So in that sense he defied the rules of politics.

For Trump, ultimately a compromise is what you do. In that sense, I think it is correct that ultimately he is a businessman who makes deals. So I think in that sense the similarity lies more in the rhetoric than in the substance.

It is also important to bear in mind that the Trump we know very much represents everything Hitler hated about America - this kind of billionaire who had made his money not from something productive, but from either finance or gambling. What we often forget is that, for the early Hitler, anti-Americanism and anti-capitalism were as important as anti-Semitism and anti-Bolshevism. So in that sense there is also a major difference between the two.

The biggest difference - which takes me back to my point why the Hitler comparison may distract from the real danger that Trump poses - is that Trump is ultimately a demagogue and a populist. He will say whatever it takes to get elected and then to stay in power. In the most positive scenario, this would mean that once in power he may not be the type of president we like, but he would ultimately turn into something moderate. The reason why I don't think this is going to happen is that Trump, by being a populist and a demagogue, is destroying the very fabric upon which American politics operates. And that is an extremely dangerous game.

It is already dangerous in domestic politics, but it is even more dangerous in foreign affairs. Now imagine a President Trump who does not care at all about the written and unwritten rules of international politics, which I think is the real danger. As a consequence, we would suddenly have an American president added to the equation of an already very fragile and volatile world.

Europeans voice their views on US politics after Super Tuesday

Many of these Trump-Hitler comparisons don't just focus on the political figures Trump and Hitler, but also generally liken Nazi Germany in the 1930s to the United States of today. Is such comparison historically accurate in your opinion?

On a superficial level, yes. In both 1920/1930s Germany and now in the US, there is a lower middle class that fears it is losing out: back then, as a result of the Great Depression, hyperinflation and the impact of the World War I; today because of policies of recent decades from Wall Street and the financial crisis. So in that sense, both then and now, there is a significant disaffection amongst the lower middle classes, which in both cases fuels the success of Hitler and Trump respectively. But beyond that, I really feel that the differences outweigh the similarities.

Since you have said that these comparisons are a distraction, what would you advise people to focus on instead?

My advice would really be to point out what is dangerous about Trump and a presidency of Donald Trump. By invoking Hitler, you run the risk that people will just somehow try to prove that Trump is not Hitler, and if Trump isn't Hitler than everything will be fine. My point is, Trump isn't Hitler, but things won't be fine.

In Hitler, you have someone who is destroying the rules of the game in order to replace them with either no rules at all or right-wing/fascist rules of survival of the fittest. In the case of Trump, it is more of a reckless, tactical game, where Trump is outwardly using the rules of reality TV shows in order to destroy the existing rules of American politics. The real danger is that Trump would apply the rules of reality TV to international affairs once he was president and by so doing destroy the international system and make an already volatile world far more dangerous.

Thomas Weber is Professor of History and International Affairs as well as the founding Director of the Centre of Global Security and Governance at the University of Aberdeen.