Trick your brain to stop worrying and overthinking | Science | In-depth reporting on science and technology | DW | 07.08.2020 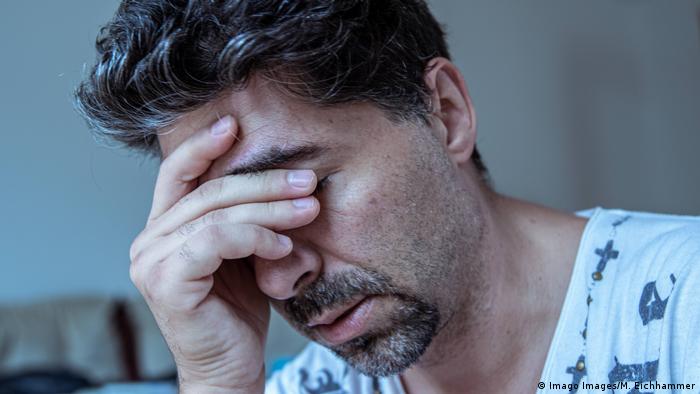 Overthinkers are people who are buried in their own obsessive thoughts.  Imagine being in a large maze where each turn leads into an even deeper and knottier tangle of catastrophic, distressing events — that is what it feels like to them when they think about the issues that confront them.

Everyone overthinks their lives or options every once in a while. Some people, however, can't stop the wheels and halt their train of thoughts.

This inner monologue has two components: ruminating and worrying.

According to the late Susan Nolen-Hoeksema, a professor of psychology at Yale University, ruminating  involves replaying a problem over and over in your mind. We ruminate by obsessing over our thoughts and thinking repetitively about various aspects of a past situation.

It usually involves regret, self-loathing and self-blaming. Rumination is associated with the development of depression, anxiety and eating disorders.

People prone to such patterns of thought may, for example, overanalyze every single detail of a relationship that breaks up. They often blame themselves for what has happened and are overcome with regret, with typical thoughts being:

- I should have been more patient and more supportive.

- I have lost the most perfect partner ever.

- No one will love me again.

Learning to be mindful

Learning to be mindful

Worrying is wanting to predict the future. It involves negative thoughts about things that might and might not happen.

- They'll not like me in the interview; they'll not give me the job.

- I haven't heard back from other employers. How long will I be unemployed?

These thoughts are energy-draining and distressing. They could happen to anyone under stress. But when you reach the point where your thoughts and worrying are preventing you from doing what you want to do — from living your life to the fullest — then you should take action.

Reuben Berger, a psychotherapist at the university hospital in the western German city of Bonn, recommends several practical steps that you could employ in your daily routine when you catch yourself worrying or ruminating.

One effective remedy, says Berger, is  the thought-stopping technique.

"When the negative thoughts come or ruminations start, you say to yourself: 'Stop!,'" he says, adding that it is more effective when you actually say the word out loud.

He even recommends having a rubber band around your wrist to ping against yourself while saying the word. Adding a visual component by imagining a stop sign also makes the technique more powerful, he says. 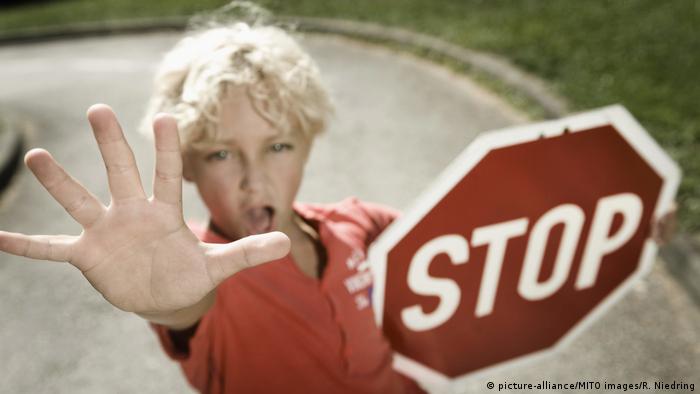 Say: "Stop" to yourself.

The main idea here is conditioning yourself to stop the loop of worrying (making future predictions) or rumination (obsessing over past events).

Berger says the technique could take up to two weeks to take effect and that it needs to be practiced every day. "Consistency is very important," he says.

Another way of dealing with negative thoughts often used in modern therapy is realizing that thoughts aren't facts, says Berger.

He says it is important when we think something to ask: Is that real? Did that really happen? What is the worst thing that could happen?

Flight anxiety is one example where untrue thoughts are accepted as facts. Although air travel is the safest way to get around, people suffering from fear of flying accept their thoughts and fears as reality, then act upon them by refusing to fly.

Berger also recommends the use of mindfulness techniques, in which attention is paid to experiences in the moment without judging them, as a way of reducing worrying.

"Mindfulness helps you to distance yourself from your thoughts and to be more present in the moment," he says.

Several studies  have shown that mindfulness has a positive impact on reducing stress-related behaviors such as rumination and worrying, as focusing on the moment makes anxiety about other problems impossible.

Mindfulness can be practiced during routine activities by paying attention to your body and your surroundings. For instance, when you leave for work in the morning, you can focus on sensing the breeze, listen attentively to birds, feel the gravel under your feet and monitor your breath.

Trick your brain into happiness

People plagued by obsessive thoughts do not always choose healthy ways like mindfulness to distract from them, however.

Dr. Edward Selby, a psychologist at Florida state university, has shown in a study that people try to avoid rumination by engaging in a range of uncontrolled behaviors, such as binge eating and substance abuse.

But he says that a much better way to overcome such distress is by distraction and shifting attention away from problems that are obsessing us.

There are many activities that can be used to distract from rumination, he says, and people should choose the one that works best for them. Here are some examples:

- Talk to a friend (not about the problem)

Changing the perception of events

The way people perceive a situation largely influences their emotions and behavior. It is not the situation itself that determines how they feel, but rather the way they interpret it.

Reframing negative thoughts can lead to positive emotions and, subsequently, healthier behaviors — including a reduction in damaging overthinking and worrying.

Cognitive behavioral therapy (CBT) is currently a gold standard in psychotherapy. CBT aims to change the way people think and act. It largely involves challenging unhelpful beliefs or attitudes such as overgeneralization — thinking "I always fail at public speaking" when you have had one bad experience in front of an audience, for example — or "catastrophization," i.e., imagining the worst possible outcome to a situation.

A psychotherapist can teach people how to implement such thought-changing techniques into their lives. Techniques vary depending on their issues and goals.

Solutions are at hand

Try to find ways of avoiding worrying, rumination and overthinking that make you feel most comfortable.

Incorporating any routine in your life when you're stressed isn't an easy task, but you can do it! If you feel overwhelmed, you can always seek professional help.

If you are suffering from serious emotional strain or suicidal thoughts, do not hesitate to seek professional help. You can find information on where to find such help, no matter where you live in the world, at this website.

When your partner is content, you can be sure of pleasant company. But not only that — a study suggests when your partner's happy, you live longer too. So what's to do if you live with a sourpuss?