Following the deaths of 15 people trying to escape from Kosovo into the European Union, the trial has started of eight men accused of being part of an international people smuggling crime ring. 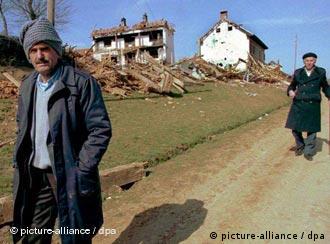 Living conditions in Kosovo are among the worst in Europe

In October 2009, a group of 15 people hoping to flee from poverty in Kosovo died in the Tisza River after a smuggling boat capsized.

Now eight men are on trial in Kosovo accused of being part of an international organized crime ring that offered migrants passage to the European Union for up to 8,000 euros ($10,900).

Kosovo is one of the most impoverished places in Europe. The average monthly wage is less than 300 euros and unemployment exceeds 40 percent.

Drowned in the river

Blerim Rama, his wife and two children paid 6,300 euros ($8,600) to smugglers to help them escape from poverty in a suburb of Pristina to a new life in Europe.

Telling his story in a Kosovo courtroom, he said smugglers had the family change cars five times before being loaded in a boat to cross the Tisza river between Serbia and Hungary. The boat capsized and the family were thrown into the freezing waters. Only Rama and his children made it to shore alive. 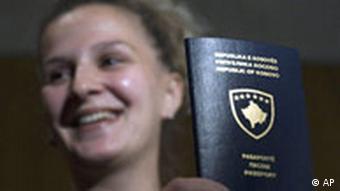 Kosovars need a visa to make short trips into the EU

His wife and 14 others - mostly Kosovo Albanians trying to make it to the EU or Switzerland - were gone. Ten bodies were recovered in the following weeks and the others are presumed dead.

Those who made it to shore only got as far as Serbia, so did not make it across into the EU.

Getting out of Kosovo is difficult as citizens need a visa to go almost anywhere. Kosovars are the only people in the Balkans without visa-free travel as the European Commission waived the restriction for Albanians and Bosnians late last year.

The European Commission claims Kosovo does not have an adequate plan for repatriating illegal immigrants and rejected asylum seekers.

According to the Kosovo Stability Initiative - a public policy think tank - the problem is a lack of political will in the EU.

"Kosovo has moved on in the past 10 years, half of the population is young," said executive director Engjellushe Morina. "Just give them the benefit of the doubt that they might not be that bad."

Kosovo's government has been in near-paralysis since it collapsed in November, and that has put the reforms needed for visa liberalization on the back-burner.

Germany granted citizenship to almost one million foreigners between 2002 and 2009. The largest group of naturalized Germans has Turkish roots. (07.02.2011)

The Council of Europe has thrown its weight behind a report accusing the leadership of the Balkan nation Kosovo, including its prime minister, of complicity in organ and drug trafficking. (25.01.2011)

Kosovo's leading party is expected have its majority trimmed in a re-run of disputed votes in five electoral districts. The outcome could hinder the formation of a coalition government for Prime Minister Hashim Thaci. (10.01.2011)