The number of new COVID-19 infections in a single day has risen to over 1,000 again in Germany. One possible reason is travelers coming from high-risk areas. From next Saturday they will be required to take a test. 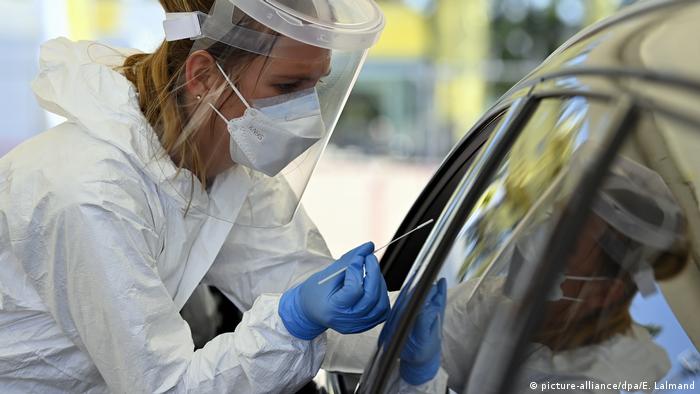 Everything was ready at Germany's busiest airport, Frankfurt am Main, ahead of Health Minister Jens Spahn's announcement. There have been 19 testing cabins here for weeks. Anybody coming from a high-risk country could voluntarily undergo a test.

Now, it is becoming mandatory from Saturday onwards, unless the respective travelers have German or English language documentation of a very recent negative coronavirus test.

Read more: Coronavirus — What you should know about tests

People refusing to take a test could face a fine of up €25,000 ($30,000), depending on the federal state where they live, Spahn said on Thursday in Berlin.

The tests, which are free of charge to the traveler, will be carried out by the German Red Cross right behind the passport and customs areas at airports. There are also plans to set up testing booths at the borders by motorways and train stations. Should an immediate test not be possible, because the test booths are closed, travelers are obliged to go for a test within 14 days and remain in quarantine until they have done so.

"The pandemic is not over yet," the health minister stressed, expressing concerns that the end of school holidays in several German states could bring another sharp increase in the already rising infection figures.

On Wednesday, the Robert Koch-Institute (RKI) reported 1,045 new infections, the highest number since May.

The list of high-risk regions compiled by the RKI comprises about 130 countries and regions and is updated continually.

Specific high-risk areas are currently defined for parts of Spain and Belgium, for example. One criterion for listing as a high-risk area is more than 50 daily new infections per 100,000 residents.

Is it possible to holiday safely during a pandemic?

Voluntary testing at airports suggests the infection rate for returning travelers could be twice as high as the average in Germany. "In some places, more than 2% of tests have been positive," Spahn said.

And it's now only the beginning of the end of the holiday season. A spokeswoman for Frankfurt airport said about 16,000 passengers were currently flying into Frankfurt from high-risk areas every week.

Medical experts say the obligatory testing introduced by Jens Spahn is legitimate. The health minister has described the taking of swabs from a person's respiratory system as an "acceptable intervention." The legislation is based on infection prevention laws.

Stefan Huster, professor of Public Law at Universität Bochum, told DW: "The test does restrict freedom and constitutional rights, but this can be justified by the state's obligation to protect the population's health. It seems an appropriate measure to me."

Huster added that the test does not infringe on a person's "physical integrity." He said the swabs were unpleasant but did not involve a "high risk of injury." He does not think court cases brought against the obligatory testing stand much of a chance.

The health minister is in line with his party, the conservative Christian Democrats (CDU). CDU/CSU parliamentary party leader Ralph Brinkhaus told DW: "I expect everyone entering Germany from a high-risk area to be especially careful on return, to take a test and if necessary take another if symptoms arise."

German President Frank-Walter Steinmeier issued a video appeal to his fellow citizens on Monday: "My request at the end of the holidays: 'please continue not to take unnecessary risks! And please avail of the opportunity to undergo a test. ... Best of luck — and let us look after each other!'" 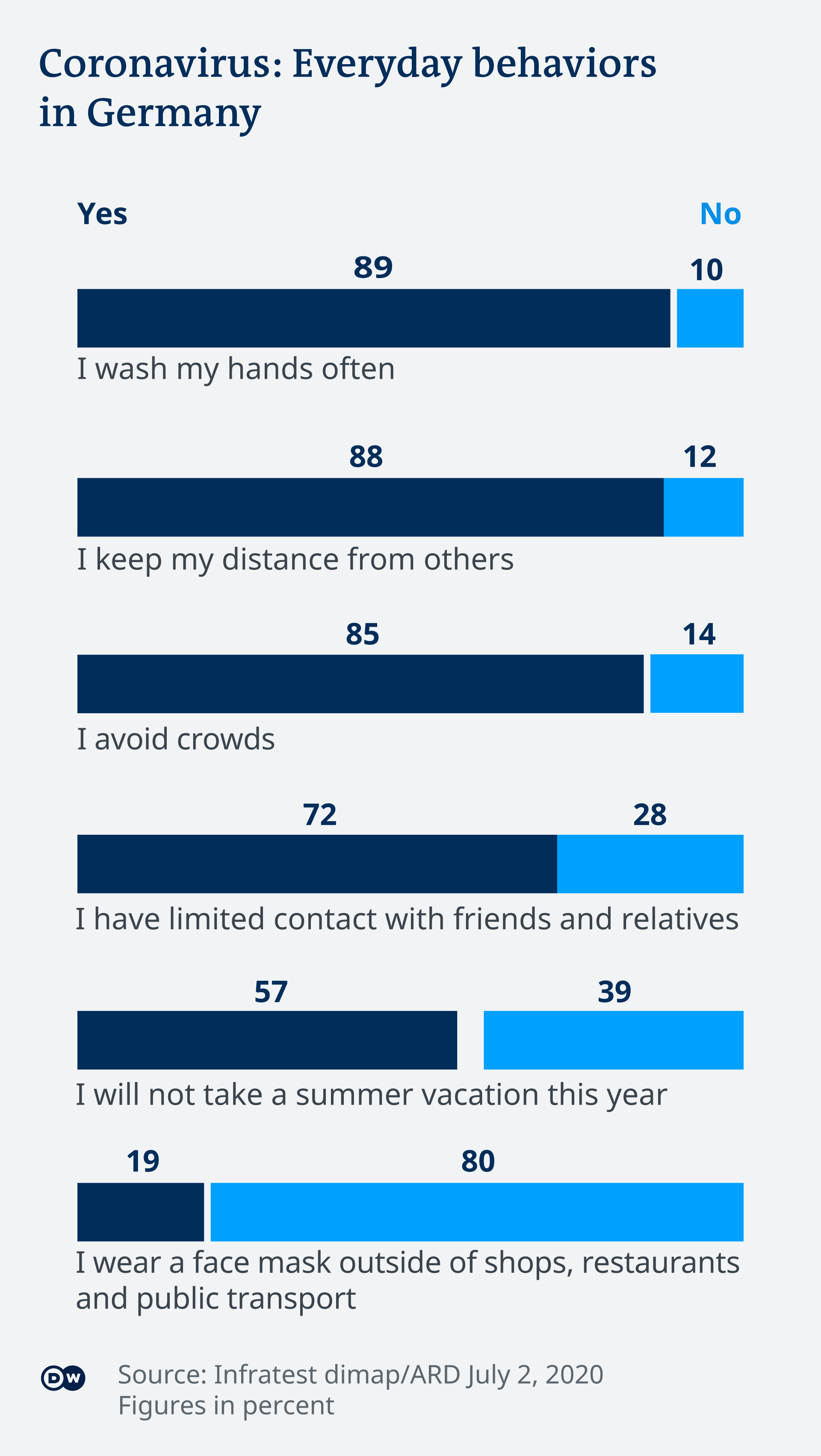