Torgau: Political center of the Reformation experiences a renaissance

In 2017, Germany will celebrate the 500th anniversary of the Protestant Reformation. A special exhibition will be opened this year in preparation - not in Luther's Wittenberg, but in the lesser known town of Torgau. 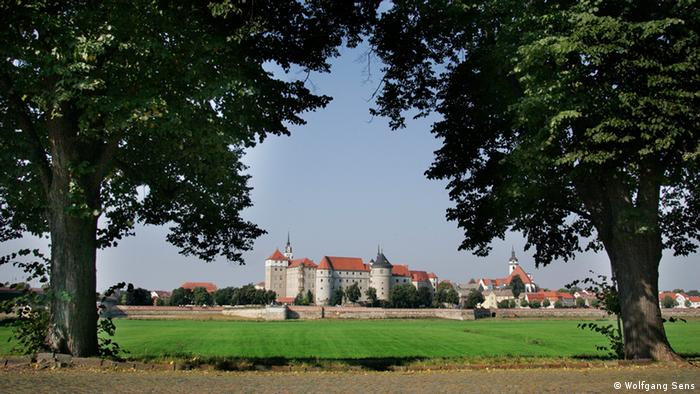 Hartenfels Castle in Torgau is the largest preserved castle from the Early Renaissance period in Germany.

Hartenfels Castle looks majestic on the bank of the River Elbe in Torgau. The Renaissance castle is an architectural jewel and a tourist magnet. But it's also much more than that: The former residence of the Elector of Saxony was an important political center during the Reformation. From here, the rulers protected Martin Luther and supported the dissemination of his ideas.

From May to October 2015, Hartenfels Castle will provide the authentic backdrop for the exhibition "Luther and the Princes," which is currently being prepared under the direction of the Staatliche Kunstsammlungen Dresden (Dresden State Art Collections).

"A forgotten location of the Reformation will be rediscovered," said curator Dirk Syndram of the exhibition. 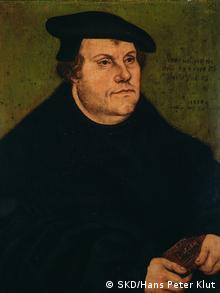 Martin Luther painted in 1532 by Lucas Cranach the Elder.

Martin Luther is known to have stayed in the town on the Elbe River more than 40 times. The reformer often came here from nearby Wittenberg because not only the Elector but also the open-minded townspeople supported his ideas. Luther preached in Torgau and, in 1544, he consecrated Germany's first Protestant church - the castle chapel, which was based on his own designs. His wife, Katharina von Bora, was laid to rest in Torgau and her grave can still be found in the town. 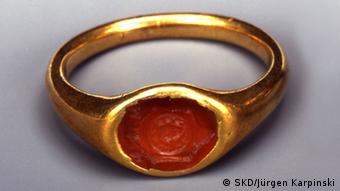 Martin Luther’s signet ring from 1530 bears the Luther rose and the reformer’s initials.

In the special exhibition at Hartenfels Castle, the political history of the Reformation is on display with around 300 objects from Germany, Europe and the US. They include paintings, armor and weaponry, jewelry, textiles, and manuscripts on loan from large collections in Vienna, Madrid, Gotha and Dresden. The exhibition also covers the Catholic revival, or counter-reformation, as well as the impact of Protestantism on the development of Germany's society, language and government.

It is the first of four presentations planned for the anniversary of the Reformation in 2017. The government has provided 2.5 million Euros for the renovation and reconstruction of the Hartenfels Castle and a further 750,000 Euros for the exhibition. It is hoped that Torgau will be brought back into public awareness as a site of the Reformation, even internationally. According to the curator, Dirk Syndram, "Without Torgau, there wouldn't have been a Wittenberg or a Reformation."