Top US envoy to Afghanistan Khalilzad steps down

The top US envoy to Afghanistan Zalmay Khalilzad is stepping down, Secretary of State Antony Blinken said. The State Department's inspector general has also opened investigations into the withdrawal. 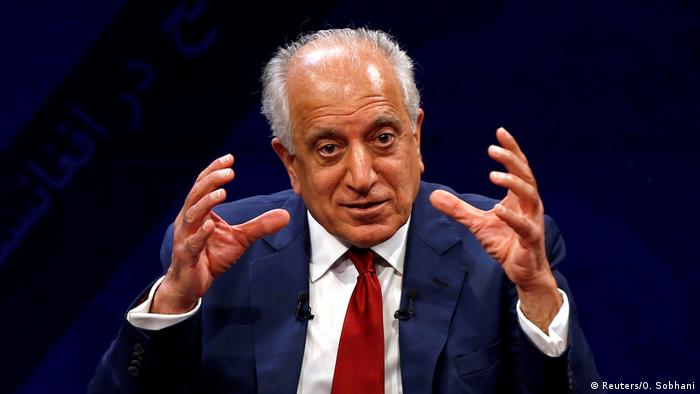 The top US envoy to Afghanistan Zalmay Khalilzad is stepping down, US Secretary of State Antony Blinken said Monday, while announcing that Khalilzad's deputy Thomas West would take over the post.

Khalilzad will leave the post this week after more than three years on the job under both the Trump and Biden administrations.

He had been criticized for not pressing the Taliban hard enough in peace talks that began while Trump was president but Secretary of State Antony Blinken thanked him for his work.

"I extend my gratitude for his decades of service to the American people,'' Blinken said of Khalilzad, a former US ambassador to the United Nations and Afghanistan.

His departure follows his exclusion from the Biden administration's first formal talks with the Taliban after the US pullout, held in Doha earlier in October.

Current and former US officials told Reuters news agency that Khalilzad had become the public face of one of Washington's major diplomatic failures in recent years.

Millions of Afghans on the brink of starvation

Separately, the State Department's inspector general announced in a letter to Congress Monday that a series of investigations were being opened into the chaotic US withdrawal from Afghanistan.

The letter, sent by the department's acting inspector general Diana Shaw, noted the topics of covered by the review would include the special immigrant visa program, Afghans granted refugee status in the US and their resettlement as well as the emergency evacuation of the US Embassy in Kabul.

The US-backed Afghan government collapsed in mid-August as the Taliban swept through the country at lightning speed and marched into the capital, Kabul.

US Republicans have harshly criticized President Joe Biden's administration for the spectacular collapse of the two-decade war effort, although the president's approval ratings have largely recovered from an initial hit tied to the chaotic withdrawal.

US will not attend Afghanistan talks in Russia

The State Department spokesman Ned Price also said Monday that the US would not be participating in  international talks on Afghanistan organized by Russia this week for logistical reasons.

Moscow is hosting talks on Wednesday with officials from the Taliban, China and Pakistan, Russian President Vladimir Putin's special representative was quoted as saying last week.

The goal of the discussion was to "work out a common position on the changing situation in Afghanistan," Russia's envoy Zamir Kabulov said.

"We will not participate in the Moscow talks. The Troika-plus has been an effective, a constructive forum. We look forward to engaging in that forum going forward, but we're not in a position to take part this week," Price said.

"It has been effective in the past, it's just logistically difficult for us to take part this week," Price added.

Asked if the United States supports the process, Price said: "We do."