Shahroudi was one of the most powerful clerics in Iran. As the former head of the judiciary, human rights groups say he was responsible for more than 2,000 executions. 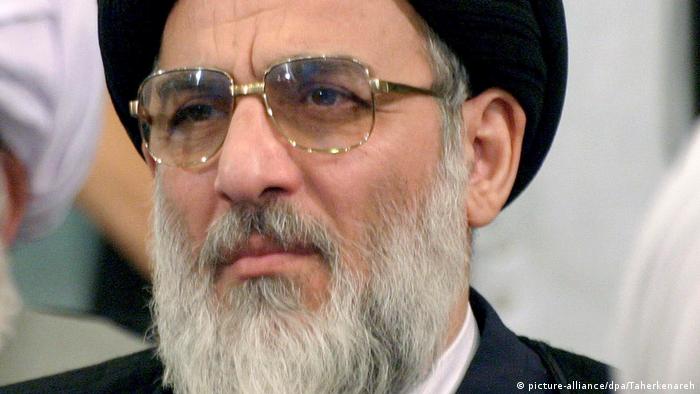 Ayatollah Mahmoud Hashemi Shahroudi, a senior Iranian cleric and former head of the judiciary, died Monday at the age of 70.

Considered a close ally of 79-year-old Supreme Leader Ayatollah Ali Khamenei and a possible successor, Shahroudi was head of the judiciary between 1999 and 2009.

During that period Shahroudi led a crackdown on dissidents, activists and reformists. In a controversial move, he led the charge in 2001 against reformist lawmakers despite their parliamentary immunity.

His term ended with the arrest of thousands of people, including reformist politicians, during mass protests that rocked Iran following allegations of fraud in the 2009 presidential election.

Human rights groups say he was responsible for executing more than 2,000 people, including minors.

Shahroudi had been sick for several months and was believed to be suffering from cancer.

Last year he received medical treatment in Germany, where several cases were lodged against him, stating that the top Iranian cleric was guilty of murder and crimes against humanity. The filing of the cases prompted Shahroudi to abruptly end his stay in Germany and fly back to Iran.

Shahroudi was born to Iranian parents on August 18, 1948, in the Iraqi city of Najaf, considered to be Shiite Islam's spiritual and political capital.

It was there that he studied under the leader of the 1979 Iranian Revolution, Ayatollah Ruhollah Khomenei, and prominent Iraqi Shiite cleric Grand Ayatollah Mohammed Baqir al-Sadr.

He was arrested by Iraqi dictator Saddam Hussein's Ba'ath party in the 1970s for political activities and fled to Iran following the 1979 Islamic Revolution.

Shahroudi was once considered to be a possible successor to Najaf-based Grand Ayatollah Ali Hossein al-Sistani, the 88-year-old spiritual leader of Iraqi Shiites and one of the most senior clerics in Shia Islam.

An Iranian ayatollah who was responsible for overseeing hundreds of death sentences received medical treatment in Germany in recent days. The case has stoked a fiery discussion among Iranian social media users. (13.01.2018)

Fair treatment for eight Iranian conservationists jailed since January has been urged by colleagues from 66 nations. They've sent a letter to Iran's UN envoy, endorsing the work of the Asiatic cheetah and bear experts. (22.11.2018)