Tonga may cut off social media until internet is fixed

The Pacific nation has plunged into internet darkness after an undersea cable broke, severing cellphone and internet services. Internet has been restricted to save bandwidth as Tonga relies on a makeshift solution. 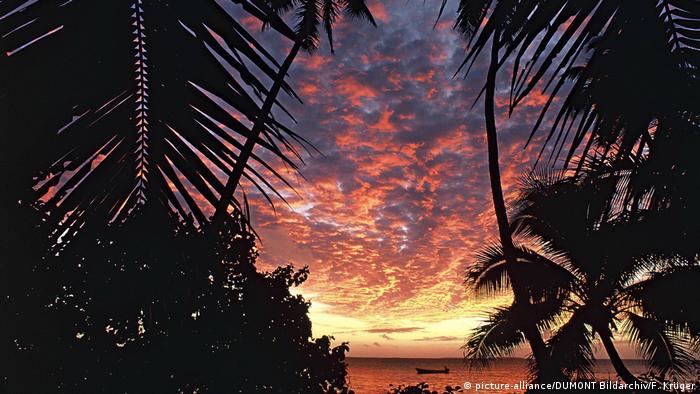 Tongan authorities are to block access to social media websites over the next few weeks as the island nation looks to repair an undersea telecommunications cable.

Tonga has been without almost all internet or cellphone service since Sunday after the cable broke. Authorities have struggled to fix the problem, leaving the small Pacific island kingdom, with a population of 110,000, disconnected.

Tonga plans to use a satellite internet connection until the cable is fixed. In the meantime, Tonga Cable, the state-owned internet provider for the country, said social media websites such as Facebook and YouTube may be off limits to preserve bandwidth.

Piukala said that 80 percent of international internet traffic is from social media. "So what we are trying to do now is we may block Facebook, YouTube and social media, in the meantime, so that we can maximize the small bandwidth that we have from the satellite on what is important for the country."

Tonga Cable is in charge of an 827-kilometer (514-mile) undersea cable that provides the kingdom with its internet. Piukala said engineers had been working to prevent such outages from happening, but the services were not ready when the cable broke.

DW in Australia and Oceania

Reception information on the DW programming in Australia and Oceania. (13.03.2017)