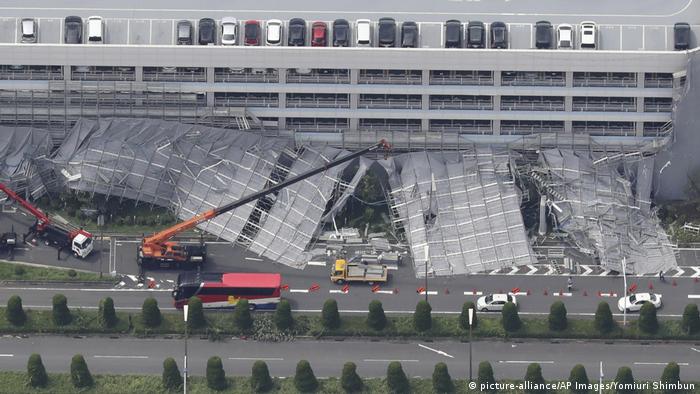 One of the strongest typhoons to hit the Japanese capital in recent years swept through Tokyo on Monday, killing one person and injuring more than 30. Winds reached speeds of up to 216 kilometers (134 miles) per hour.

The typhoon also wreaked havoc on Japan's notoriously busy rush hour commute and knocked out power to more than 900,000 homes.

Train and subway services were suspended and more than 100 flights out of Tokyo's airports were cancelled as Typhoon Faxai made landfall in the northern suburb of Chiba just before dawn. 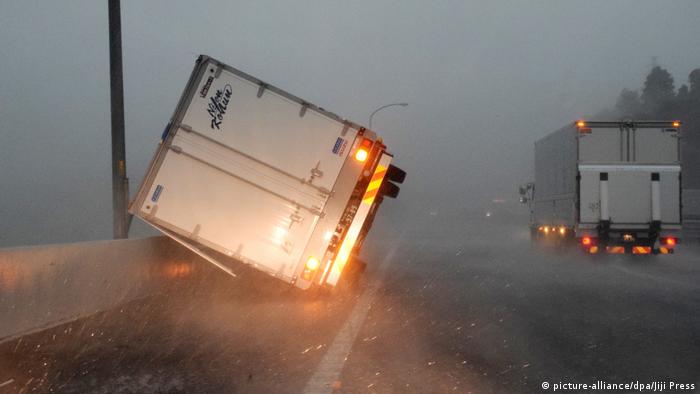 At least 10 homes were damaged with shattered windows and flipped cars. Strong winds downed trees and power lines, and scaffolding was torn from buildings. More than 900,000 power failures in the Tokyo area were also reported.

By mid-Monday morning, the storm had receded back offshore and moved northeast away from Japan and back into the Pacific Ocean.

Japan's weather agency warned that landslides were still possible in Chiba and the northern Fukushima region as the storm headed away from land.

The strongest typhoon to hit Japan in 25 years has pummeled the country's western coast, destroying buildings and triggering mass floods. At least 11 people have been killed and as many as 340 others have been injured. (04.09.2018)

Heavy snowfall has caused travel chaos and brought record drifts to parts of central Japan, with weather experts warning more snow was on the way. Thousands have been left without power.

Communities have been isolated, 10,000 households have suffered power outages and 1,000 cars got stuck. The country's meteorological agency has issued warnings for avalanches and further disruptions in several areas.