Any athlete who makes a political statement during events or medal ceremonies at the Paralympic Games in Tokyo does so at the risk of being sanctioned. The rules will be even stricter than at the recent Olympic Games. 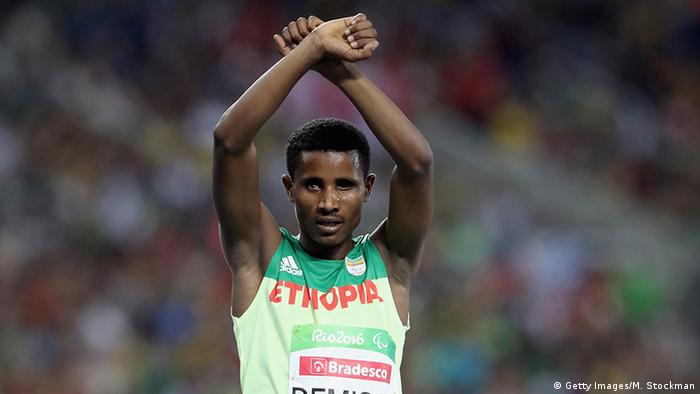 Tamiru Demisse made a gesture of solidarity against human rights abuses by Ethiopia's government.

Tamiru Demisse did it not once, but twice. After the visually impaired runner from Ethiopia crossed the finish line in the 1,500 meters at the 2016 Paralympic Games in Rio de Janeiro, he crossed his arms – just like US shot-putter Raven Saunders did at this summer's Tokyo Olympics – in a sign of political protest. At the awards ceremony, with his silver medal around his neck, the then 22-year-old Demisse repeated the gesture.

Demisse, who had carried his home country's flag at the Games' opening ceremony, did so in protest against human rights abuses by Ethiopia's government.

"We made it very, very clear to him that political statements are not allowed at the Paralympics," said then-International Paralympic Committee (IPC) President Philip Craven.

Since Andrew Parsons succeeded Craven in 2018, little has changed in this regard. The Paralympics Charter includes Article 2.2, which is similar to Rule 50.2 of the Olympic Charter. It states that: "Any kind of demonstration, protest or political expression" is prohibited unless the IPC has granted an exception.

At the Tokyo Paralympics, which like the Olympics, will be held in front of empty stands due to the COVID-19 pandemic, athletes will only be allowed to make political statements in mixed zones and during media appointments – or via social media. Political statements will remain banned at medal ceremonies and in the venues themselves. 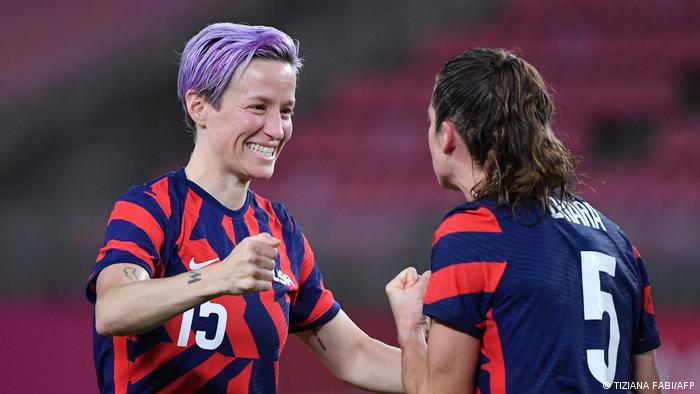 At the Olympics, political statements and gestures were allowed at competition venues, as long as they were "not targeted, directly or indirectly, against people, countries, organisations and/or their dignity" and were "not disruptive" to other athletes or teams preparing for competition. At the Paralympics, on the other hand, the ban even applies to the locker rooms and warm-up areas.

The IPC says that the decision not to relax its rules for Tokyo followed nine months of consultations with the athletes. Almost 500 Paralympic athletes took part in an online survey conducted by the IPC and there were also working groups that in principle at least, were open to all.

Mareike Miller, captain of the German wheelchair basketball team, is the also the athletes' spokesperson for the National Paralympic Committee Germany (DBS).

"Athletes have an interest in being allowed to express themselves on the field of play as well," Miller told DW.

In view of the relatively short consultation period, the 31-year-old sees the fact that freedom of expression will remain off limits during things like medal presentations as "okay" but she also sees room for improvement.

"It would be good if certain actions were allowed upon an individual request – similar to the case of German field hockey captain Nike Lorenz, who was allowed to wear a captain's armband in rainbow colors at the Olympics," Miller said. 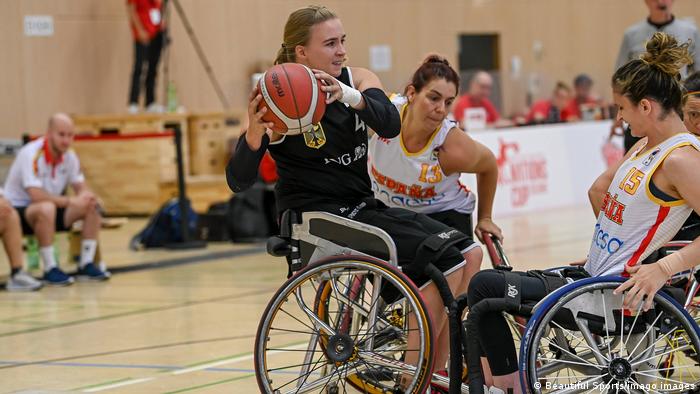 What are the penalties for offenders?

Miller says that while it's all well and good for the IPC to ask the athletes for their opinions, to what extent their ideas are implemented is another matter entirely.

"For example, there was also a request from the (advocacy group) Athletes for Transparency (to the IPC) to make clear what penalties are to be applied to which banned forms of protest or expressions of opinion. Nothing has been made public on this yet."

The IPC lists as possible sanctions "a warning letter, a fine, exclusion from Games-time ceremonies, forfeiture of any medals won, immediate exclusion from the Games, a ban from future Paralympic Games and other Para sport activities." It also mentions "other sanctions that reflect the seriousness of the misconduct in issue," without explaining which offenses are seen as less or more serious.

DBS advises athletes to stick to the rules

The 134 members of Germany's Paralympics team have "been advised to adhere to the regulations," the DBS stated in response to a DW query. "Anything else would be irresponsible and could result in exclusion from the Games."

Demisse got off with a warning in Rio in 2016 and was allowed to keep his medal, but Ethiopian officials withdrew him from the 400 meters, which he had also been slated to run. Demisse stayed on in Brazil after those Games, but his dream of competing for his adopted country at the Paralympics in Tokyo won't come true – the naturalization process has dragged on for too long.

Two gold medalists were warned about wearing badges featuring Chinese communist leader Mao Zedong on the podium in Tokyo. The IOC has recently relaxed some of its rules for political gestures.

Tokyo Olympics: COVID-19 restrictions, no fans and more questions for the IOC

Though COVID-19 and public outrage loomed large, Tokyo 2020 still possessed the Olympic magic we all know and love. But the IOC won't always be able to hide behind the athletes' brilliance, writes DW's Oliver Moody.

In the Olympic Games, all eyes are on the nations that hoard metals and their famous champions. Looking at those who defied odds and even geography on their way to glory is also satisfying. DW takes a look at the data.