Tokyo firebombing - survivors recall most destructive air raid in history | Asia | An in-depth look at news from across the continent | DW | 06.03.2015

An estimated 100,000 people perished in the firebomb raid on Tokyo in the night of March 9-10, 1945. At the same time, 1 million were rendered homeless and over 41 square kilometers of the city were razed to the ground. 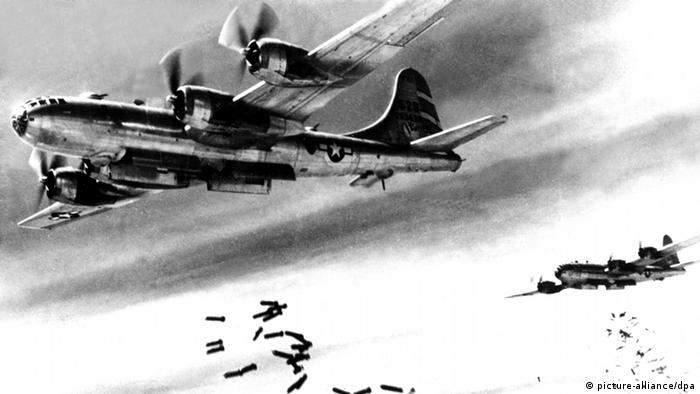 Haruyo Nihei was just eight years old when the US bombers unleashed their deadly cargoes above Tokyo, yet the terrors of that night and the days that followed are seared into her memory. Seven decades later, she says her ability to recall can be a curse.

"I had spent the day playing with friends before my mother called me in for a simple meal and then we went to bed," she told DW. "It was just another ordinary day for us children."

That was about to change for Nihei, her parents, older brother and younger sister.

The family lived in the working-class Koto district of the city, north-west of the heart of Tokyo - an area of small wood-and-paper homes crammed together in close communities. Her parents had a business selling spices to restaurants around the city.

The first sirens rang at around 10:30 pm, she recalled, but her father looked outside and was not particularly concerned, so Nihei went back to sleep. "A little while later, he came dashing back in and told us all to get up because tonight's raid was different," she said. Emerging from their home, the sky to the south was an ominous glowing red, she recalled. 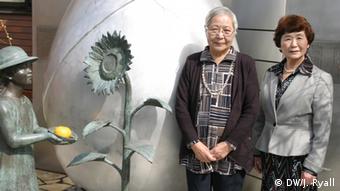 The family took refuge in an underground shelter, where the sounds of explosions, of mothers screaming for their children, and of lost children crying for the parents rose to a crescendo. Nihei's father, realizing that fire was approaching and that they would be "cooked alive" if they remained in the shelter, said they had to run for their lives.

"There was a strong wind that night and as I came out of the shelter, all I could see around us was fire," she said, adding that "burning clothing, 'tatami' mats, and debris were blowing down the road and it looked like a flowing river of fire."

"I remember seeing other families, like us, holding hands and running through the fires," she recollected. "I saw a baby on fire on a mother's back. I saw children on fire, but they were still running. I saw people catch fire when they fell onto the road because it was so hot."

In the chaos, she became separated from her family and eventually found herself in a small huddle of people sheltering behind a wall that had somehow survived. But the flames kept coming closer. Drifting in and out of consciousness, she felt the press of bodies around and on top of her.

Miraculously, as the dawn began to rise and the fires died down, Nihei's father found her and pulled her from the pile of corpses on top of her. Charred beyond recognition, they had saved her from a similar fate, she said. 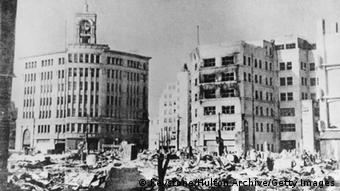 Her entire family had survived Operation Meetinghouse, but vast areas of Tokyo had been obliterated.

A total of 279 B-29 Superfortresses took part in the raid, dropping 1,665 tons of bombs on the Japanese capital. The majority were 230kg cluster bombs that each released 38 bomblets carrying napalm at an altitude of around 750 meters.

The weapons were able to burn straight through the flimsy homes, schools and hospitals in what was primarily a residential district.

As well as the 100,000 who were killed, an estimated 125,000 were injured and 1.5 million lost their homes. The raid killed more people than the comparable attack on the German city of Dresden, as well as the immediate casualties of the atomic bomb attacks on Hiroshima and Nagasaki five months later. The firestorm also destroyed countless small companies churning out equipment for the Japanese war effort.

Shizuo Takeuchi has similar horrific memories of the attack. "Back then, there were small raids virtually every night so we always went to bed fully dressed so we would be able to get to the shelter faster," 84-year-old Takeuchi said. "I was frightened all the time because of the air raids," she told DW. "It was an enemy that we could not see, but I still had to go to work for the war effort in a factory that made electrical cables." 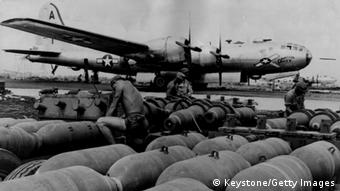 Takeuchi also scrambled into a shelter when the raid began, but her family also made the decision to run when the flames were about to overwhelm them. "I ran hand-in-hand with my parents and we ran all night," she said.

"We could hear the roar of the engines of the planes above us and there were these black shadows coming and going in the night sky."

The following morning, she says, there was utter silence across the city. "There were lines of people going back to where their homes had once been and everyone was just speechless," she said. "There was smoke and ash and I saw people with terrible burns. There were bodies everywhere, but burned so badly that no one could ever recognize them."

"It was like being in a silent movie," she said. "I saw an old lady crawling along the road. I saw a black mass on the pavement and realized that it had been a person. "It has been 70 years since that night and there are things that I have forgotten, but I still get flashbacks," she said. 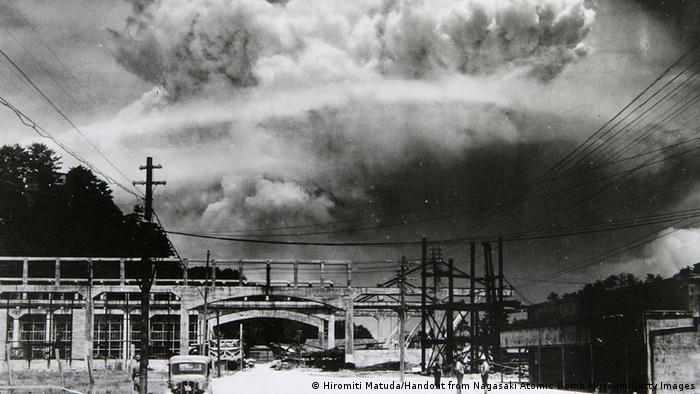 Both Nihei and Takeuchi are supporters of the Center of the Tokyo Raids and War Damage, which opened in 2006 in the heart of the area that was devastated by the attack.

"It has a special meaning for us to have this facility on this spot," said Takeuchi. "I don't hate Americans and I don't hold a grudge, but I do want future generations to know what happened here.

"I don't think that most people really understand what happened," she said. "We want to show that in war, it is the weak and vulnerable - women, the elderly, children - who are too often the victims."