Since the band was founded in 1993, Tocotronic has influenced a number of German bands with its headstrong music. DW-WORLD.DE spoke to singer Dirk von Lowtzow about changes the band has undergone. 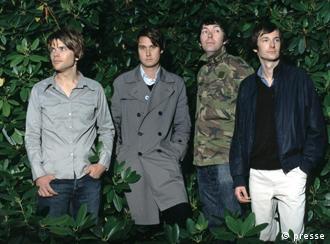 Even before their first song hit record store shelves, Hamburg band Tocotronic already had a devoted fan club. A couple of songs and a handful of shows were all Jan Müller, Arne Zank, Dirk von Lowtzow needed to get a new generation of German rock on its feet.

The now ubiquitous but then still unusual attire of tight t-shirts with advertising logos also gave the band a reputation others ended up copying right down to the short in the front, long in the back haircuts.

"There were no stores where you could buy the stuff," von Lowtzow said. "We got out clothes from the donation boxes or flea markets and thought it was completely hilarious to have some kind of band uniform."

Signing about the idiosyncratic 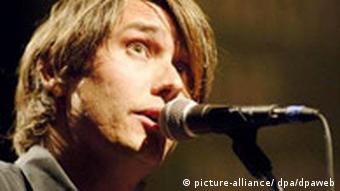 Dirk von Lotzow's songs concentrated the anger of a generation

It wasn't just the band's fashion sense that others imitated. Tocotronic's lyrics -- which brought young people's anger at German middle-class conservativeness to the boiling point by dealing with the peculiar aspects of everyday situations the band's fans saw reflected in their own lives -- were also absorbed by other bands.

Reading the writing scratched into school desks and spray painted on walls, the German music press prophesied that Tocotronic would begin a new era of German pop, along with other bands sucha s Blumfeld, Kolossale Jugend, Fünf Freunde and Huah!.

Tocotronic's 1995 debut album, "Digital ist besser" (Digital is better), became an anchor for a generation of pop music fans who wanted to stray from the mainstream.

To prove their position as outsiders in the German music industry, Tocotronic rejected an award from the pop music channel Viva in the "young, German and on the way up" category.

"Back then, there was already a feeling of wanting to nationalize German rock music," von Lowtzow said. "With the refusal we wanted to make it clear that we are not interested in receiving awards under those conditions.

Moving in a new, organized direction 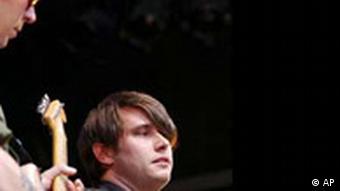 Tocotronic broke out of its self confusion in 2005

After releasing "Es is egal, aber" (It's doesn't matter, but), the band decided it needed to develop in a different and new direction. This new direction took Tocotronic to France, where the band worked on a new album with producer Carol von Rautenkranz and integrated more instruments played by professional orchestra musicians into their songs, leaving the first albums' scratchy, raw tones on the cutting room floor.

It was a process, von Lowtzow said, that led to a chaotic period during which the band got lost in the increased effort needed to produce an album. The situation came to a head in 2002 with Tocotronic's self-titled album, which took a year and a half to produce.

To get past their confusion, the band left their headphones in the studio and descended into a Berlin basement and recorded their next album in 10 days. Tocotronic's lyrics changed, from dealing with daily situations to focusing more on the fantastical.

"At the beginning these everyday descriptions interested a lot more people," von Lowtzow said. "Back then we had the feeling there weren't many people doing anything like it. 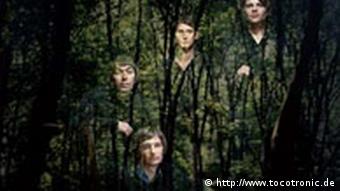 But Tocotronic didn't remain the lone voice of daily life for very long; Pop authors and even advertising companies adopted their style.

"Suddenly every idiot could write about what it's like to stand at the cash register and pay for a soda," von Lowtzow said. "We don't want to be incorporated into that and at a certain point decided to get interested in things besides this everyday world."

To make the transformation complete, the band traded their logo t-shirts and sweat suits for simple black pants and shirts.

At the beginning of 2006 fans were treated to "The Best of Tocotronic," but von Lowtzow was quick to point out that the lack of new material on the 22-song double album wasn't a sign that creative differences were driving the band members apart.

"That's an interpretation that is completely unknown to us," von Lowtzow said. "At the moment we're writing some new pieces for a new album, and there are absolutely no thoughts of even partially burying Tocotronic."

German rock legend Herbert Grönemeyer celebrates his 50th birthday Wednesday. But music isn't his only passion. Grönemeyer is actively involved in getting poverty and development aid back on the political agenda. (April 12, 2006)

Berlin's special atmosphere has inspired scores of tortured rock legends from David Bowie to Nick Cave. Now, anyone wanting to follow in their iconic footsteps can take a tour through three decades of rock history. (March 23, 2006)

For increasing numbers of German teenagers, partying no longer means long nights at the disco. More and more teens are revisiting a pastime more often associated with their grandparents' generation: ballroom dancing. (May 2, 2006)