To no surprise, Bashar Assad runs for reelection in Syria

Syria's upcoming election has been criticized as a "theatrical farce." Though there are five candidates in addition to the incumbent, international governments and the UN see no sign of a free and fair election. 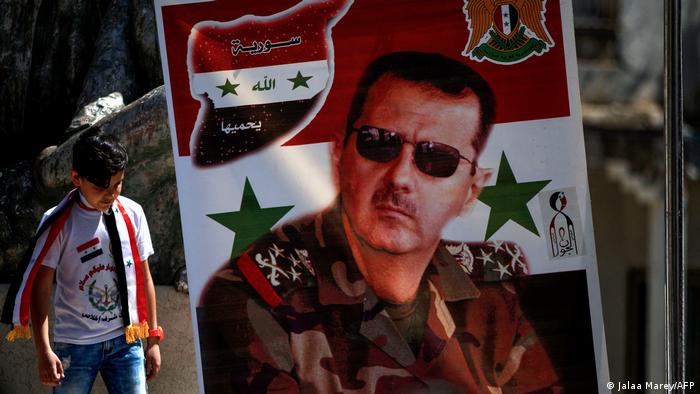 As of Wednesday, three days have passed since Hammouda Sabbagh, the speaker of Syria's parliament, announced the date of the presidential election as May 26. After the official call, two men, Abdullah Salloum Abdullah and Mohammad Firas Yasin Rajjouh, as well as Faten Ali Nahar, a 50-year-old lawyer and the first female presidential candidate in Syria's history, joined the list of candidates. On Wednesday, Mohanad Nadim Shaaban and Mohammad Muwaffaq Sawwan announced their runs, as did the country's current president: Bashar al-Assad.

There was little doubt that Assad would run for a fourth term. It is widely expected that the 55-year-old will remain in power for a further seven-year term. He won in 2014 — officially with almost 90% of the vote. Back then, he had two opponents.

Candidates have to fulfill certain criteria before they are able to submit their candidacy to the Syria's Supreme Constitutional Court. They have to be backed by 35 members of parliament, which is dominated by Assad's Baath Party. Candidates also need to have lived continuously in Syria for the past 10 years, which excludes opposition figures in exile, and need to be married to a citizen. 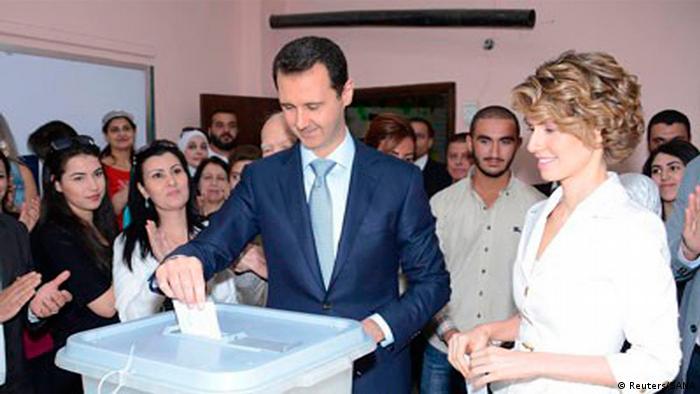 The Assads cast ballots in the 2014 election, in which the incumbent took almost 90%

Though Syrians abroad are able to cast their votes at embassies by May 20, not everyone within the country is allowed to vote. The country is home to the world's largest number of displaced people, with millions of domestic refugees in the northwestern province of Idlib and in areas in the east that are outside of the government's control — run by Turkish troops or their proxy militia have the say. The Kurdish majority in northern Syria is also excluded.

International observers doubt that May's vote will be held in accordance with a UN Security Council resolution that called for free and fair elections.

"We have seen that a presidential election has been scheduled for 26 May," Jenifer Fenton, spokesperson for the UN's special envoy for Syria, told DW. "The election has been called under the auspices of the current constitution and is not part of the political process established by Security Council resolution 2254. The UN is not involved in this election and has no mandate to be."

Germany's government also does not consider the election to be in compliance. "We see no sign of preparations for free and fair elections in Syria in line with this resolution," a representative for the Foreign Ministry told DW.

Back in March, the US ambassador to the United Nations, Linda Thomas-Greenfield, had urged international governments to be cautious. "These elections will neither be free nor fair," she told the Security Council. "They will not legitimize the Assad regime." At the time, the Biden administration had announced that it would not recognize the result of a presidential election in Syria unless the voting were free, fair, supervised by the United Nations and included all of society.

"States supporting the political process must absolutely reject these sham elections, emphasize their illegitimacy, and respond by taking serious steps within a specific timetable to achieve the political transition towards democracy and human rights," Fadel Abdul Ghany, the director of the Syrian Network for Human Rights, told DW.

The poll will take place during Syria's financial meltdown, which has been exacerbated by international sanctions and the pandemic, and 10 years after the beginning of the civil war. Naser al-Hariri, the secretary-general of the National Coalition for Syrian Revolutionary and Opposition Forces, has denounced the forthcoming election as a "farce."

Similar criticism has come from observers within Germany. "I don't see a trace of hope for something good," Anna Fleischer, a program coordinator and analyst at the Heinrich Böll Foundation's Middle East office, told DW. "This election is nothing but a farce." Fleischer said the election would serve to further legitimize Assad's regime and to strengthen his position. "For the Syrian population, there won't be any difference."

According to recent UN numbers, 13.4 million people — two in three Syrians — are in need of humanitarian assistance. Though Syria is on the brink of a financial collapse, with limited access to petrol or wheat, the confirmation of Assad as president might serve as a morale booster. "His reelection would cement his military victory as far as the regime is concerned," Fleischer said. 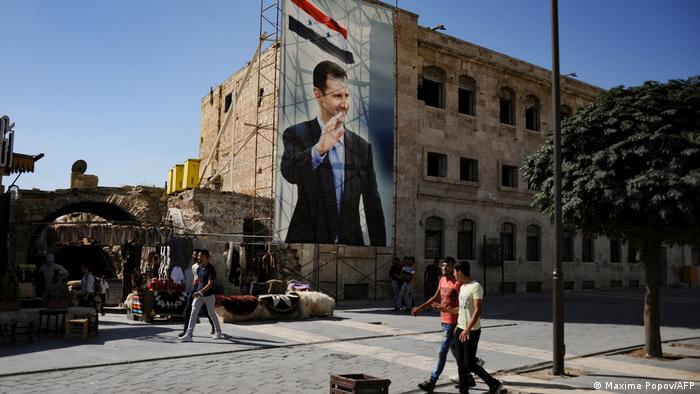