Time for Macron to get to work

Emmanuel Macron has little time to celebrate his election victory. Work begins immediately for the new French president. He must form a government, find a majority in parliament and launch his first policy initiatives. 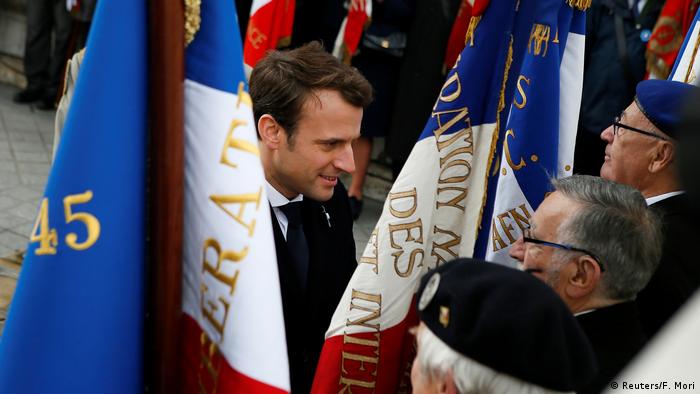 The solemn image on the day after Emmanuel Macron's election victory cannot really be seen as a blessing for the new French leader: As he stands next to outgoing President Francois Hollande, Macron lays down a wreath at the Tomb of the Unknown Soldier beneath the Arc de Triomphe. May 8 is national holiday in France and the military tribute is a presidential tradition.

For Macron's rivals, it is an opportunity to once again portray him as the protege and political revenant of the detested outgoing president. But Hollande's successor has already made the transition from campaigner to statesman; from now on, his life will consist of fulfilling the political and ceremonial obligations of a French president.

The official transfer of office will take place on May 14. Hollande will leave the aristocratic splendor of the Elysee Palace and Macron will move in with his wife Brigitte, who will have her own office but will not receive a salary. The former teacher will mostly work on education policy. Although Macron, a former economy minister under Hollande, can, to a certain extent, be seen as the political assassin of his predecessor and former political mentor, the power handover is expected to go smoothly. The newly-elected president is famous for his sharp social skills and embarrassing moments are not expected, like when former president Nicolas Sarkozy received a drenched Hollande at the Elysee Palace after Hollande had been driven through rainy Paris in an open-topped Citroen.

On May 15, Macron will present his new government. Then, he will reveal how he intends to rule. Everything depends on his choice of prime minister. It is well-known that Macron would like a woman in office. In fact, for the first time in French history, the president plans to fill 50 percent of his cabinet positions with women. 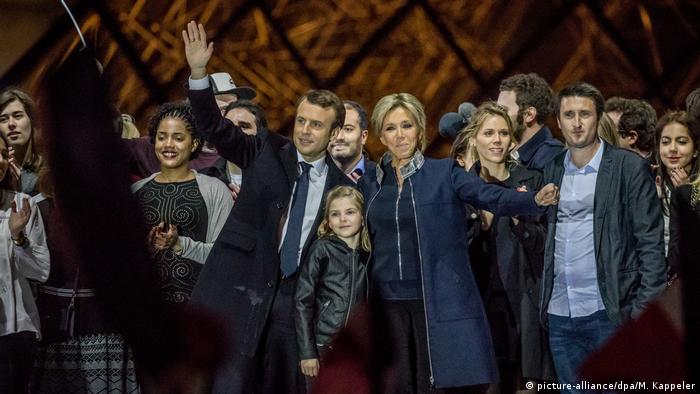 Macron wants women to make up half of his cabinet

The rumor mill is already buzzing in Paris. Will the new head of government be a high-ranking conservative from the French Republican party? Or will it be someone from the circle of the retreating politicians from the badly beaten Socialist party, like the popular defense minister Jean-Yves Driand? Will it be a political veteran, like the former World Trade Organization (WTO) head Pascal Lamy or the European Member of Parliament Sylvie Goulard from the centrist Democratic Movement? Right now, one can only speculate.

The next question is how the prime minister will fare in the parliamentary elections in June - it is difficult to imagine a political majority at the moment. The Republicans dream that their new leader, Francois Baroin, will rise to the office so that they can force Macron into cooperation and ultimately neutralize him.

Incidentally, the new president wants a third of his ministers to come from outside the political sphere, like the business world or academia. One of Macron's promises includes a new beginning, to go beyond the scope of the old political class, which is something he has already accomplished in his own election. Otherwise, a mix of socialists, centrists and conservatives is expected - supporters from all the camps have already applied for different offices.

Even before the next National Assembly is elected, Emmanuel Macron plans to launch his first policy measures. New rules will supposedly eradicate future scandals involving government salaries for family members of politicians, as in the case of the Republican Francois Fillon. A fast-track education reform for elementary schools will limit class numbers to 12 students, which also means thousands of new teaching jobs will be created. Macron also wants reform rigid but highly controversial labor laws via executive order. 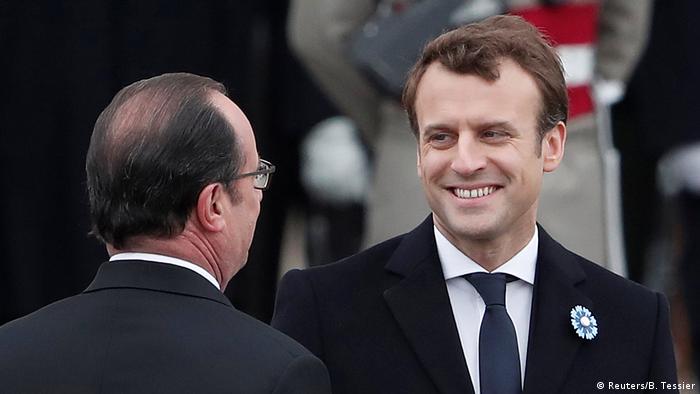 Macron served as a minister under Hollande

The fight for a majority

The next election campaign begins right after this one. In only four weeks, the new National Assembly will be voted on in a two-round system, similar to the presidential contest. Then, the future of Macron's government will be decided. His young movement will put forth candidates but will have to recruit the support of the two large parties, the Socialists and the Republicans. The new camp will be called "En Marche, la Republique" (The Republic on the move) said Macron's spokesman Christophe Castaner on the morning after the presidential election. The alliance would then make up a government majority similar to Germany's grand coalition, which consists of the nation's two largest parties. By doing so, France is entering uncharted political territory.

It is still questionable whether the Socialists will be able to win a significant number of seats and thus be an option for a partnership. The conservatives, on the other hand, are much more confident: They are currently ahead in polls. And for the first time, the far-right National Front will be clearly represented in the National Assembly. It could win up to 40 of the 577 seats. Marine Le Pen already sees herself as the opposition leader in parliament; however, the left-wing figure Jean-Luc Melenchon will certainly challenge her.