French president-elect Emmanuel Macron has attended his first functions after a resounding win. Macron has spoken with German Chancellor Angela Merkel, telling her that he would travel to Berlin 'very quickly.' 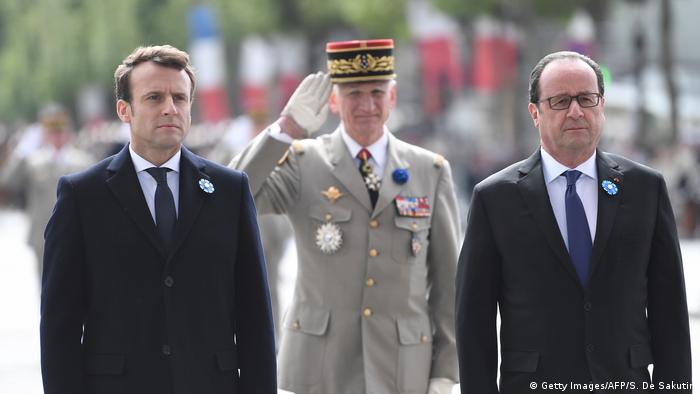 The youngest French leader since Emperor Napoleon walked through the courtyards of the Louvre in central Paris alone, to the sound of Beethoven's "Ode to Joy," the European anthem, on Sunday night on his way to speak to thousands of his supporters.

"A new chapter in our long history has opened this evening. I would like it to be one of hope and renewed confidence," said independent French President-elect Emmanuel Macron after declaring victory in France's presidential election on Sunday. "I will use all the energy I have to earn (the people's) trust." 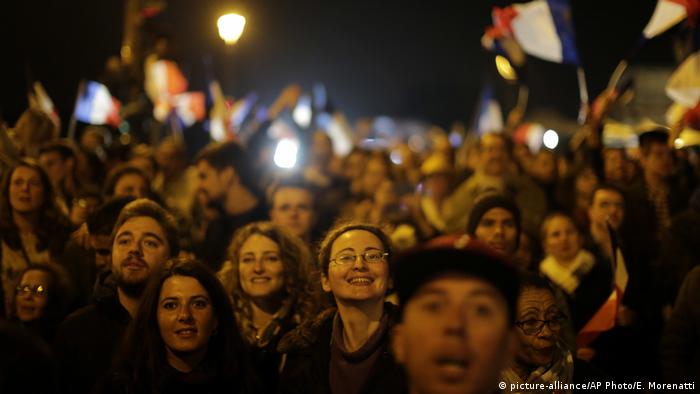 Macron said that Europe and the world was "watching us" and "waiting for us to defend the spirit of the Enlightenment, threatened in so many places."

France, the president-elect admitted, was facing an "immense task" in reinforcing European unity, fixing the economy and ensuring the country's security in the face of terror threats.

Addressing the concerns of his rival's voters, Macron promised to address the "anger, anxiety and doubts" in France, as worries about economic insecurity and  increasing immigration were prominent themes of far-right National Front (FN) candidate Marine Le Pen's campaign. 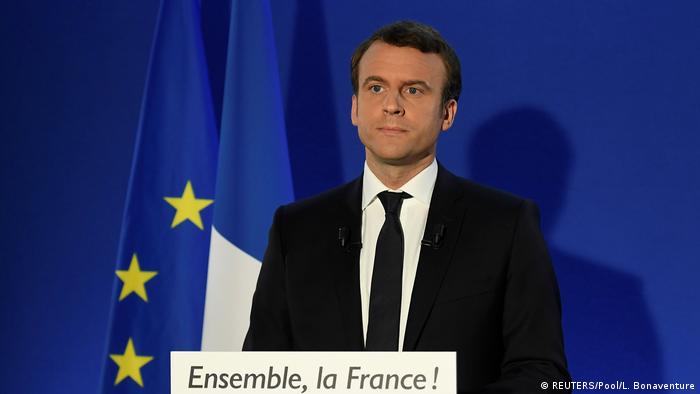 "Today they (Le Pen voters) expressed a sense of rage, of helplessness, sometimes convictions... I will do all I can in my five years to ensure that there will no longer be any reason to vote for the extremes," the country's youngest president-elect said. "I will fight the divisions that undermine France."

In his victory speech, he also promised to combat climate change and fight terrorism. 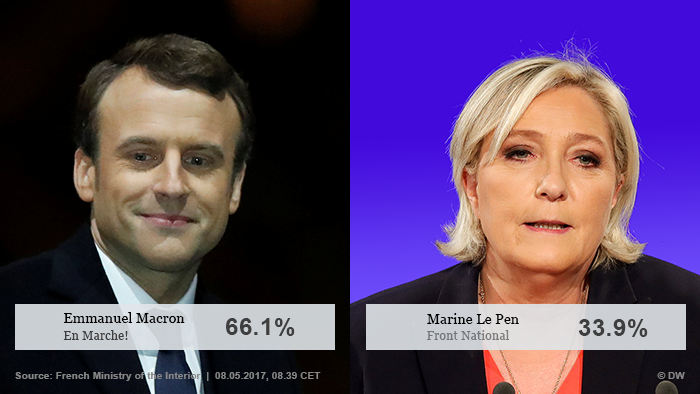 The former banker and economy minister achieved a clear victory over the Front National candidate, with 66 percent of valid votes cast for Macron to 34 percent for Le Pen, according to the Interior Ministry. With all but 0.01 votes counted early Monday, the ministry reported a record 11.5 percent of votes cast were either blank or spoiled. A near-record total of 25.38 percent of voters abstained.

The 39-year-old founder and leader of the independent En Marche! (On the move!) movement has proven that the French preferred a relative newcomer to the anti-immigrant Le Pen, who has spent years moving her party away from the extreme right fringes in an effort to make it more palatable to French voters.

The former economy minister ran on a pro-European Union platform that has embraced regulated immigration and social-liberal policies that he hoped would unite the left and right of the political spectrum. Although he garnered 24 percent of the vote to top the first round of voting on April 24, the last week of the campaign was marred by an insult-laden television debate with Le Pen and a huge leak of hacked emails from his camp last Friday. En Marche! has said that fake documents were mixed in with real data as part of an effort to "create confusion" ahead of Sunday's polls.

Read how the election unfolded here.

In a brief concession speech, Le Pen said the FN would have to "profoundly renew itself to be equal to this historic opportunity and the expectations expressed by the French in this second round."

"I suggest we begin a profound transformation of our movement to create a new political force," she added. "I call on all patriots to join us."

Earlier in the day, the FN had earned the ire of several major media outlets after refusing them entry to its election event. Citing "overcrowding," the nationalists barred journalists from organizations such as Sky News, BuzzFeed, The Atlantic, Le Monde, and Italian public broadcaster Rai.

Macron spoke with Chancellor Merkel on Sunday night and said he would travel to Berlin "very quickly." Merkel's spokesman said she had telephoned Macron to congratulate him on his victory, and "praised his stance for a united and open European Union during the campaign" and that "the decision of the French voters is a clear statement of support for Europe."

Merkel "looked forward to working together with the new president on the basis of trust in the spirit of the traditional German-French friendship," her spokesman Steffen Seibert said, hailing a "victory for a strong and united Europe."

Europe breathes a sigh of relief

Reaction elswhere around Europe was definitely one of satisfaction. After the surprising results of last year's Brexit vote and the election of US President Donald Trump, there had been worries that Le Pen's strong polling numbers in the first round of voting (21 percent) meant that right-wing populism might emerge victorious in France as well.

Current French President Francois Hollande was one of the first to praise the success of his former economy minister, saying the French people had chosen to stick with the "values of the republic."

European Commission President Jean-Claude Juncker told the president-elect that he was "happy that the ideas that you defended of a strong and progressive Europe that protects all its citizens will be those that France will cherish under your presidency."

Even as Britain prepares to leave the European Union, Prime Minister Theresa May also "warmly congratulated" the French centrist on his victory. US President Donald Trump took to Twitter to offer similar sentiments, adding that "I look very much forward to working with him!"

France to decide: newcomer or nationalist?

The EU is nervously awaiting the final round of voting for France's next president. Will it be a flashy newcomer or a right-wing populist? DW's Bernd Riegert reports from Paris. (07.05.2017)

French choose between an internationalist and a protectionist president

France is electing a new president who will have to bring together a country that is heavily divided. And that challenge is unlikely to be easily met. Lisa Louis reports. (06.05.2017)