The French ′behead their kings when they have to′ | Culture| Arts, music and lifestyle reporting from Germany | DW | 08.05.2017

The French 'behead their kings when they have to'

Even after winning a strong majority in France's national elections, Emmanuel Macron has his work cut out for him. Journalist Gérard Foussier explains why he's an eternal optimist when it comes to French-German ties. 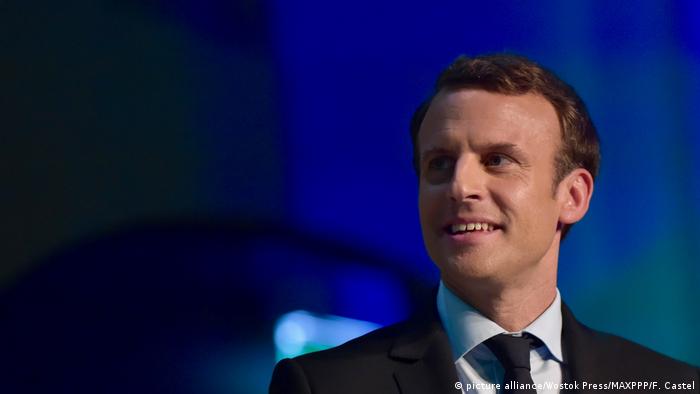 France and Europe alike are relieved: The independent candidate Emmanuel Macron has won the presidential elections. He managed to gain two-thirds of the votes in a campaign against the far-right Front National candidate, Marine Le Pen. Macron is regarded as an intellectual and a philosopher, and has promised to focus on cultural affairs in his campaign, among other things.

Journalist and author Gérard Foussier is the editor-in-chief of the oldest German-French publication, "Dokumente/Documents." DW spoke to him about Macron's campaign promises and the outlook after this election on Franco-German relations.

DW: Macron hopes to bring various factions of the country together. He's not the first president aiming for this. What does he need to do in order to succeed? 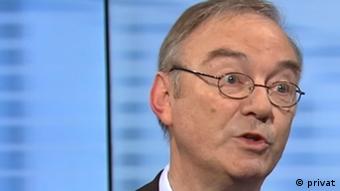 Gérard Foussier: It's going to be difficult. Many of those who voted for him yesterday are likely going to revert to voting for the parties they traditionally support. He won't be able to repeat the same success he had in the run-off elections yesterday. But many believe that Macron could generate a so-called Macron effect in France, similar to what we've observed in Germany with the Schulz effect. People are feeling enthusiastic about him. However, this enthusiasm has to last for at least another six weeks, when parliamentary elections are due to take place.

Picture gallery: Brigitte Macron follows in the footsteps of these first ladies from around the world

Unlike Marine Le Pen, Emmanuel Macron is not a nationalist and not a racist. That was enough for many French voters to cast their ballots for him. What else does he stand for?

He's a European. And that's what the French people cared most about. They can be critical towards Europe, but they don't feel any animosity towards it. They want to remain in the EU and want to keep the euro as their currency. Many would like to see some improvement in European politics, but they firmly want to remain in the EU. So this was a victory against populism which Macron managed to score.

What about his cultural profile?

He's rather erudite, knows the works of philosophers like Hegel and Kant almost by heart, and plays the piano very well, but his background is first and foremost in finance. He used to work as an investment banker, was an economics advisor to the French president, and later he served as economics minister. So his profile is that of an economics man and not so much one of a classic intellectual. 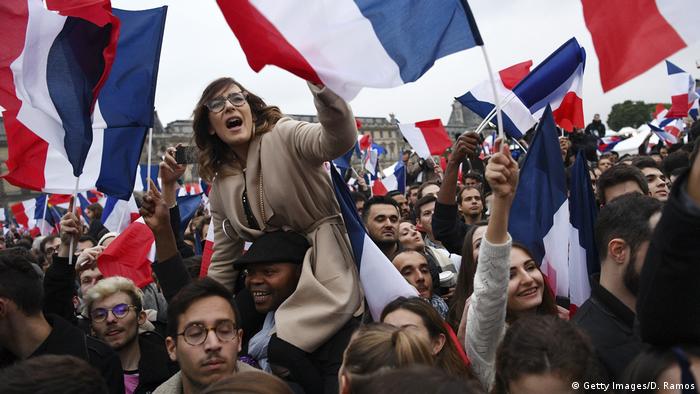 How long will the Macron honeymoon last?

The liberal left-wing Paris newspaper "Le Monde," which has shown support for Macron, called him last summer an "intellectual in politics." Is that an accurate assessment? Is he a thinker and a philosopher as well?

That was somewhat of an exaggeration in the reporting there. Macron has also since distanced himself a bit from this image. He did during his recent visit to Berlin meet with (sociologist and philosopher) Jürgen Habermas, but these are not the issues that the French people are currently preoccupied with. The French are more focused on unemployment, safety, inner security, refugee-related issues and such. That's why I don't believe that intellectualism is going to win him any points at present.

During his campaign, Macron said that he wanted to make 200 millions euros ($218 million) available for the culture budget and support initiatives like making sure that 7,100 libraries can have longer opening hours. How important is culture for him, and can he realize all that he has planned?

Those are all statements on intentions, but he will have to agree on such things with his future parliamentary representatives and mayors. He himself said that culture cannot be instructed from the top down, but that it is a matter that people have to take into their own hands wherever they are. I'm sure that he wants to emphasize certain things, but he cannot achieve anything alone. He's managed to overcome numerous challenges so far, but we have to remember: The French love their kings, but they also love regicide. They behead their kings when they have to.

Read: Volker Schlöndorff: 'There is a major volte-face taking place' in France 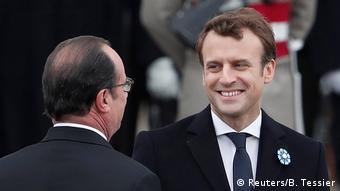 Macron with his predecessor Francois Hollande

Macron seems to have succeeded in attracting hundreds of thousands of younger people to politics with his En Marche movement. Did this in any way contribute to a revival in political culture in France?

We'll have to wait and see about that. Bear in mind that more than four million people deliberately gave invalid votes on their ballots yesterday just to demonstrate that they are more than willing to participate in elections but not for Le Pen or for Macron. You won't likely find these people in Macron's party either.

Germany and France are bound by a deep friendship, which also includes cultural ties. What role does the new French president ascribe to this bilateral relationship?I must admit that I'm practically a pathological optimist when it comes to that. After every election there's the question of how the Franco-German relationship will continue, regardless of who had to work with whom. And even in times of trouble, the Franco-German friendship has always prevailed. It won't be any different with Macron, no matter who wins the general elections in Germany in September. The only thing is that there could be some issues if Macron decides to overplay his confidence in Berlin when it comes to economic policies. But I'm very, very sure than Berlin and Paris will manage to find a way again this time as well.