Pakistani shares have rallied after news that Islamabad's staunch ally, Saudi Arabia, had offered a huge rescue package for the economy. The shot in the arm comes as Pakistan faces a huge lack of currency reserves. 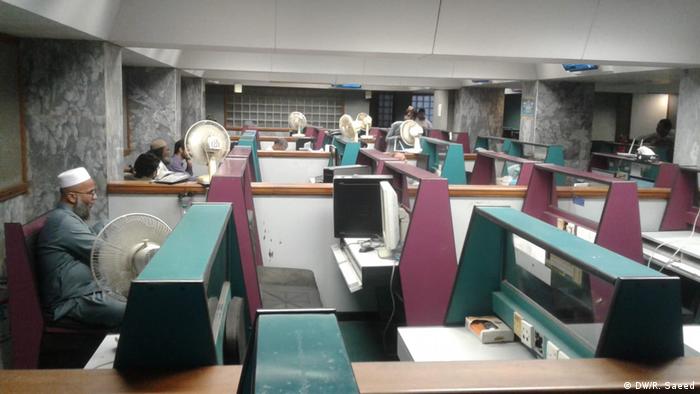 Pakistan's stock market jumped over 3 percent in early trading Wednesday after months of falling, following a government announcement that Saudi Arabia would provide billions of dollars to help the country overcome a deep economic crisis.

The kingdom said it would be willing to place $3 billion (€2.6 billion) with Pakistan's central bank to maintain depleting reserves at a safe level.

Pakistan would also receive another $3 billion provision as Riyadh had agreed to supply oil on deferred payments.

"The facility of oil on deferred payments would be for three years," the Pakistani Foreign Ministry said in a statement.

The economy of the Muslim world's only nuclear power has been facing a double deficit as the gaps between exports and imports and spending and income have surged to threatening levels.

Foreign currency reserves, now at a four-year low, are equivalent to less than two months' imports and barely enough to allow debt repayments for the rest of the 2018.

Pakistan's new government, which took over in August, has already requested a bailout package from the International Monetary Fund (IMF), with talks to finalize the terms and conditions expected to take place next month.

The Saudi rescue package would ease pressure on the Pakistani economy and may help the government reduce the amount it's seeking from the IMF, former Finance Minister Shaukat Tareen, said in a statement.