Thomas Tuchel suffered his first defeat as Borussia Dortmund head coach at Bochum who won 2-1 on the night. But what can we take from the match with four weeks to go until the first Bundesliga game? 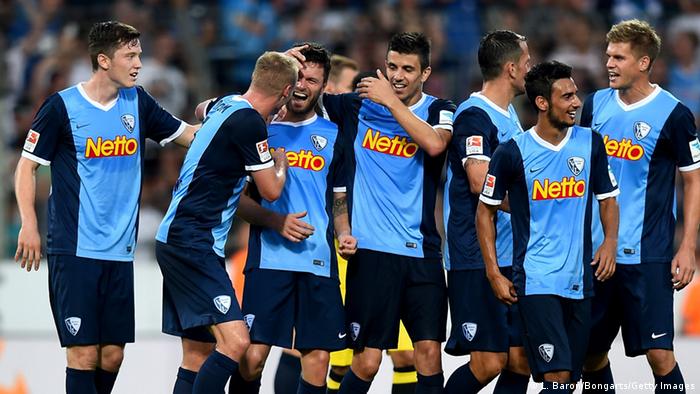 Anybody familiar with Thomas Tuchel will know how adept he is tactically. In the pre-season friendlies so far, Borussia Dortmund's starting formation has varied and the former Mainz coach opted for a 4-4-2 diamond against Bochum.

Dortmund's transitional play was good early doors - the front-three offering a dangerous out ball compared to just the lone striker last season. Henrikh Mkhitaryan and Ilkay Gundogan are especially dangerous at carrying the ball on the counterattack.

Perhaps Sven Bender's inclusion as the 'No.6' midfielder at the base of the diamond didn't lend itself well to the kind of passing build-up we saw in Japan from Dortmund. Had Andreas Luthe not performed so well between the posts, the yellow-and-blacks probably should have had an early lead.

After the break, it was back to 4-2-3-1 before the inevitable barrel load of substitutions midway through the second period. With Jonas Hofmann on the pitch, Dortmund went to a 4-3-3 to stretch the Bochum back-four. Interestingly, Gonzalo Castro was in the 'No.10' position and the one afforded most attacking freedom in midfield.

For sure: you can expect changes throughout the season, but it will be interesting to see what Tuchel looks for on the opening day of the league campaign.

One feature of Thomas Tuchel's first few preparation matches as Dortmund coach has been that Marco Reus has been part of a two-man strike force. Reus sits to the left of Pierre-Emerick Aubameyang and likes to move towards the Gabon striker to allow room for the left-back to support from deep.

There are several facets to this: Reus likes to play his football in the centre. That's where he thrived with intuitive movements, quick-thinking combinations and excellent finishing at Borussia Mönchengladbach. However, it remains to be seen whether Reus can strike up a partnership with Aubameyang who isn't exactly famed for his off-the-ball work and linkup play.

Combinations are at the heart of Dortmund's attacking game in the last-third. Reus has a solid role to play within that strategy, but does Aubameyang? His skillset seems at odds with what Tuchel is looking to do with his team.

Meanwhile, Reus still needs to get to grips with the position. His movements aren't as threatening or intelligent as before and he was hanging in offside situations regularly in the first 45 minutes. He came off at the interval, but this could be a very interesting change to the side by Tuchel this season.

Bochum struck either side of the half-time break, first through Marco Terrazzino and then a dipping volley from former Schalke defender Tim Hoogland.

The home side will take great confidence from beating Borussia Dortmund in pre-season as they look to improve on their 11th place finish in the 2.Bundesliga last season.

Substitute Jeremy Dudziak hit a consolation with 10 minutes to play, but the home side kept a good shape and saw the match out.

As ever, defeat means the coach and players come under immediate scrutiny post-match. However, pre-season affairs generally aren't a good sample size to judge a team who are playing against weaker opposition and in conditions that will change over the next few months.

What did you think of Dortmund's defeat to Bochum? Any impressive performers for Dortmund, or any surprises on the field? Leave us a comment below and join the discussion.