Thousands of Central Americans marching towards the US border have applied for asylum in Mexico. Three caravans of people fleeing Guatemala, Honduras and El Salvador have spent the past few weeks trekking north. 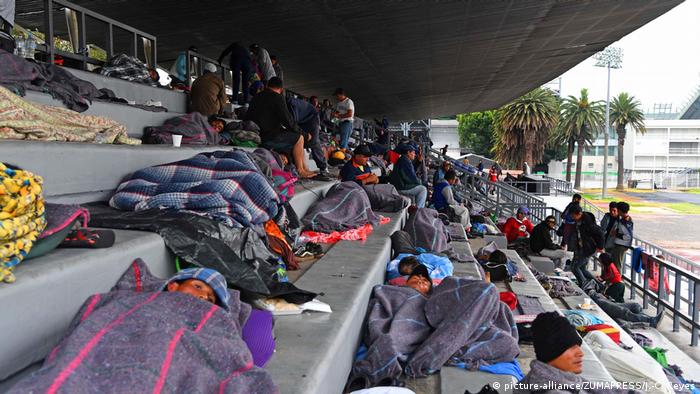 Of those applicants, some 2,697 people have received temporary papers allowing them to work in the country while they wait for further assistance, according to a statement from the Mexican Secretariat of the Interior. All asylum-seekers have received food and medical attention, the statement added.

The first group of migrants set out from Honduras in mid-October, hoping to escape poverty and violence in their home country and reach the United States. The caravan grew in size as it progressed, drawing other Central Americans from Guatemala and El Salvador.

Read more:Migrant caravan 'could not be larger gift' for Donald Trump

Three caravans heading to the US border

On Tuesday, the main caravan of up to 4,500 people rested at a sports stadium in Mexico City — still about 1,000 kilometers (600 miles) from the US border. Hundreds of aid workers were on hand to distribute food, water and other supplies, as authorities warned the stadium was nearing its 6,000 capacity.

Meanwhile, a second caravan of 1,500 to 2,000 people reached Tapanatepec in Oaxaca State, about 750 kilometers southeast of the Mexican capital. A third group of around 2,000 Salvadorans is further south, in Huixtla. 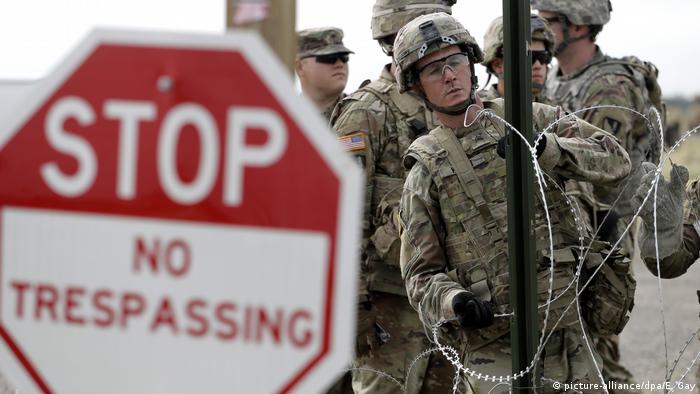 The migrants have said they are determined to cross into the US, despite US President Donald Trump's threat to stop them at the border. Trump, who sought to use the situation to appeal to his base ahead of the midterm elections, described the caravan as a "national emergency." He also deployed some 5,000 troops to secure the US-Mexican frontier.

More women than men in caravan

Thousands of Central Americans walking through Mexico in a large group in an effort to reach the US have continued on their way after being blocked on a bridge. They may be met by troops at the border. (27.10.2018)

Honduran refugees risk their lives to get to US border

Refugees from Central America are trying to draw attention to the human rights abuses they face while trying to get to the US. Sanne Derks documented their experiences in and around a shelter in Apizaco, Mexico. (14.06.2018)