′This is discrimination:′ Challenges of being an athlete from Kosovo | Sports | German football and major international sports news | DW | 12.11.2021

'This is discrimination:' Challenges of being an athlete from Kosovo

Many Kosovar athletes are world famous and win international competitions, but politics can prevent them from competing. Such obstacles have had a huge effect on their career aspirations and earning potential.

Kosovar amateur boxer Bashkim Bajoku, 19, has won five national boxing competitions at home and two in Albania. This past May in Zagreb, he also won the Balkan Boxing Championship title in the 52-kilogram category.

But none of those achievements mattered when he tried to participate in the World Boxing Championships in the Serbian capital of Belgrade at the end of October. It only mattered that he comes from Kosovo.

Bajoku was one of multiple Kosovar boxers who were turned away at the Serbian border for wearing national symbols on their uniforms, which prevented them from competing in the event. 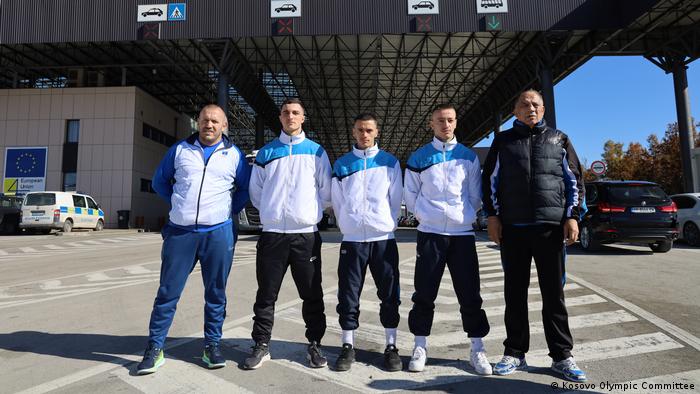 "This is unfair," the Balkan boxing champion told DW. "As athletes, we are very disappointed because we trained a lot, and this blockade had a negative effect on our potential participation at the Olympic Games in 2024."

This was not the first time Kosovar athletes have been obstructed from competitions due to where they are from.

Kosovo formally declared its independence from Serbia in 2008, nearly a decade after the start of the two-year Kosovar War and after eight years under United Nations (UN) administration.

But Kosovo's sovereignty is only recognized by just over 50% of UN member states, including the United States and many European Union countries. Among those who do not recognize Kosovo as a country are Serbia, Russian and China. 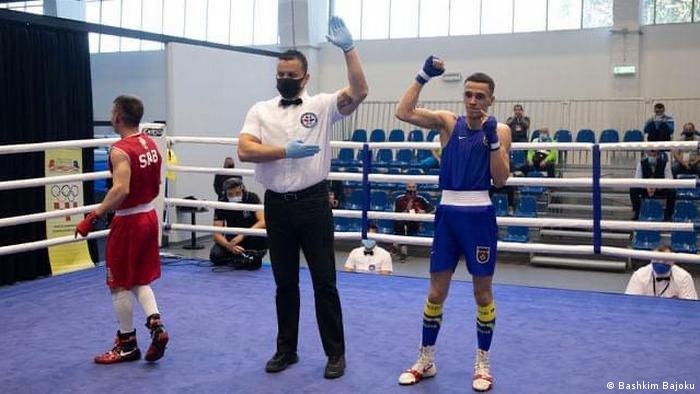 Travel regulations of countries that don't recognize Kosovo often contravene the rules of international sports associations. Sports governing bodies maintain they guarantee all the members fair and equal participation in every event, but if athletes from Kosovo want to represent their country in competitions organized in nations that don't recognize the country, they often face difficulties.

"When they block us as athletes, we lose major opportunities to develop our careers internationally," Bajoku said. "This is very disappointing, but we will never give up."

The experience Bajoku and the other Kosovar boxers had at the Serbian border in October is not uncommon. Redona Gashi, an 18-year-old karate fighter, experienced something similar earlier this year when her team wanted to take part in a competition in Cyprus, also a country that doesn't recognize Kosovo.

Cyprus granted Gashi and her teammates visas to participate in the competition. However, they never reached Cyprus because Greece, a country through which they needed to travel, denied them entry.

"We had a lot of problems. We always have political problems, but there are of course difficulties to getting visas," Gashi told DW. "This is discrimination against us." 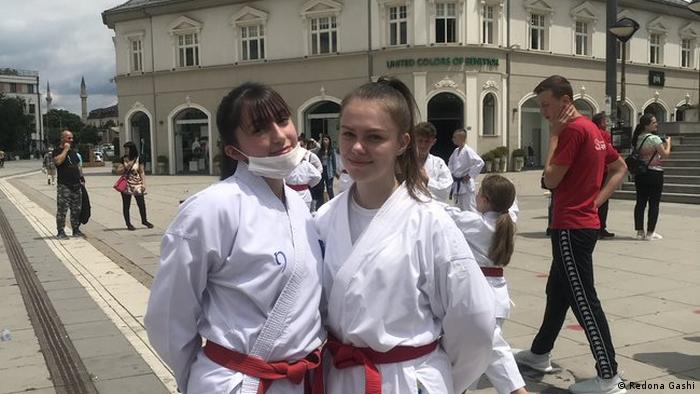 The politics of the non-recognizing countries is inconsistent. Spain, for example, allows athletes from Kosovo to participate in sporting competitions only if they do not display their national symbols.

Other non-recognizing countries like India don't allow them to participate at all, refusing to grant visas for Kosovar athletes. This is what happened to Donjeta Sadiku, a Kosovar boxer who in 2018 was set to participate in the Women's World Boxing Championships in India but wasn't granted a visa.

Not only are these situations frustrating for the athletes, they also have negative effects on the athletes' sporting development, as well as negative financial impacts.

In the case of Bajoku and the Kosovar boxers, the country complained to AIBA, boxing's world governing body. AIBA tried to arrange a compromise that would allow the Kosovar team to compete without showing national symbols. But this solution was unacceptable for Kosovo, with even the country's president, Vjosa Osmani, voicing her refusal to accept these conditions.

AIBA released a statement after the incident in which it again urged member countries to respect the body's regulations, saying sports should help break down barriers. DW's request for comment from Serbian officials and their sports associations on the matter have thus far gone unanswered.

In a statement to DW, the IOC struck a similar tone.

"It appears that AIBA has not applied the necessary due diligence before allocating this tournament to Belgrade, despite the fact that the IOC has repeatedly advised the International Federations of the necessity of such due diligence," it said.

The general secretary of the Olympic Committee of Kosovo (KOC), Besim Aliti, told DW that he cannot do much more than to protest and raise the issue of this unfair treatment.

"First of all, it is important to react and it's important to raise a voice for equal opportunities," Aliti said. "For the KOC, the key is to distance ourselves from politics because we are not here to find bilateral relations between two countries. For us it is important to protect the rights of the athletes."

Kosovan athletes are missing out on competitions because some countries don't recognize Kosovo's independence. The athletes feel disappointed and discrimated against as their sporting careers suffer.

The first female US secretary of state, Madeleine Albright, has died at the age of 84. Born in what was then Czechoslovakia, Albright never shied away from speaking her mind.