The post-earthquake crisis at Japan's nuclear power stations has unleashed a wave of anti-nuclear protests at a time when the nuclear energy industry was experiencing a global renaissance. 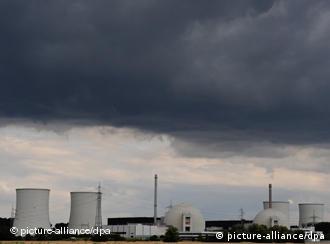 Dark clouds hover over the future of nuclear energy

Until a few days ago, there were just two milestones marking the nuclear energy threat: Three Mile Island and Chernobyl.

Now, the world can add Fukushima.

The explosions, the evacuations and the radiation checks have re-energised the anti-nuclear lobby.

In Austria, Greens Member of the European Parliament, Ulrike Lunacek, says there's a clear lesson to be learned from what's happening in Fukushima: "There are no safe nuclear power plants."

Japan, she told Deutsche Welle, is known as having the best containments, better than Europe. But: "With their best technology, they try to do their best, but the best is not good enough," she said.

The Japanese catastrophe comes at a boom time for nuclear power station construction, driven by the massive demand for energy in rapidly growing economies like those of China and India. In Europe, it's driven by the need to stop burning fossil fuels in the face of climate change. 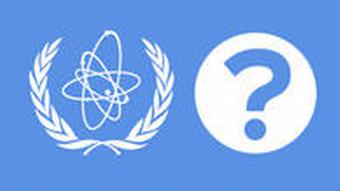 Where was the IAEA?

According to Emmerich Seidelberger, professor for safety and risk research at a Vienna University, it is time for politicians to reconsider nuclear power plant developments in their countries. And engineers, he told Deutsche Welle, will have to reconsider their assumptions for designing these plants.

Some experts have warned that this is not the time to conduct an emotional debate about whether nuclear energy is safe or not. They say decisions about the future should be based on facts, not fear.

But activists like Ulrike Lunacek are not prepared to wait until the dust clears in Fukishima. "Again, we see all these victims, all these people suffering from that catastrophe," she said.

Research in the United States has shown that attitudes towards nuclear power are affected not just by perceptions of risk but also by trust in the institutions involved in nuclear power. In the first few days of the Fukushima crisis, little was heard from the world's nuclear watchdog, the IAEA, based in Vienna. That brought criticism from Austrian environment minister, Niki Berlakovich, who demanded that its information policy must be improved: "They simply must provide transparent information."

Three decades on from Three Mile Island and 25 years after Chernobyl, the future of the industry is being decided in Fukushima, Japan.