″The US intervention in Iraq was not international consensus″ | Europe| News and current affairs from around the continent | DW | 26.02.2015

"The US intervention in Iraq was not international consensus"

The case of André Shepherd, who deserted from the war in Iraq, was taken up by the European Court of Justice. Shepherd wants to be granted asylum in Germany. His lawyer, Reinhard Marx, says the prospects are still there. 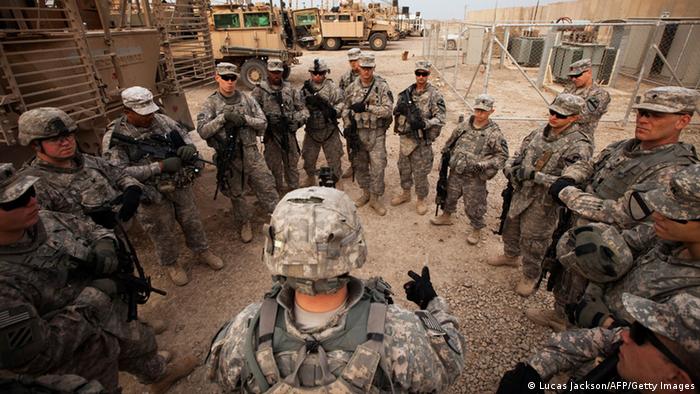 DW: One interpretation of Thursday's ECJ ruling (26.02.2015) could be that it strengthens governments which wage war with a UN mandate. The court does not follow the reasoning of your client, Andre Shepherd, who claims that he was essentially participating in war crimes in Iraq, despite a mandate.

Reinhard Marx: Firstly, I don't see it that way. The ECJ only says it is one argument among others. It is just one criterion, which has to be taken into consideration. Even UN soldiers out on a mission commit war crimes. This does not mean that, if a mandate exists, protection of conscientious objectors abroad is made impossible. Secondly, the UN mandate for the US intervention in Iraq was highly controversial among Security Council members. There was no international consensus.

André Shepherd wants to approach the Munich administrative court - to which his political asylum case was refered back - and make use of a statement by former UN Secretary General Kofi Annan. At the time, Annan had given his views on the US intervention in Iraq and declared that it was not in accordance with the UN charter. The war had thus been illegal. How do you think you can achieve that this statement is taken into account by the court?

Your client is not a pacifist. He had been recruited by the US army and had already served for 15 months on a tour of Iraq when he deserted after receiving his second mission order. In its ruling, did the ECJ say anything about that point in time after which a soldier has got the right to apply for asylum, if he no longer wants to participate in a military intervention on grounds of conscience?

Shepherd was not involved in combat in Iraq, he was a mechanic for Apache attack helicopters. Does the ECJ in any way differentiate between the various functions of soldiers on a mission with regard to the issue of conscientious objection?

No. It says that all members of the military, including logistics and support personnel, are accounted for, which is in accordance with the EU's qualification directive.

That is because the EU in 2004 adopted a directive which links this to crimes of war. According to EU law, a mere assertion along the lines of, "I'm unable to do military service on grounds of conscience and I'm being persecuted, therefore I need protection," does not suffice. Protection is only received by someone who says, "I'm to take part in a mission which could lead to war crimes being committed, and therefore I need protection." This is laid down by the EU's qualification directive as well.

After today's ECJ ruling, the case has become even more political than it was before. After all, the Shepherd case is a hot potato for US-German relations. Our judiciary is independent. Is there, nonetheless, a danger of political influence?

I don't think so. We are under the rule of law. Administrative courts conduct independent investigations and make independent decisions, although they might be under influence from the public. However, the facts are investigated on the basis of objective findings and will have to be acknowledged accordingly.

The interview was conducted by Volker Wagener.

Reinhard Marx is a lawyer specializing in issues related to the right of political asylum. He represents André Shepherd in his quest for asylum in Germany.