The two faces of Hezbollah

Hezbollah, the dominant party in the Lebanese government, is closely allied with the Syrian regime. With Assad's future uncertain, Hezbollah has a tricky balance to maintain. 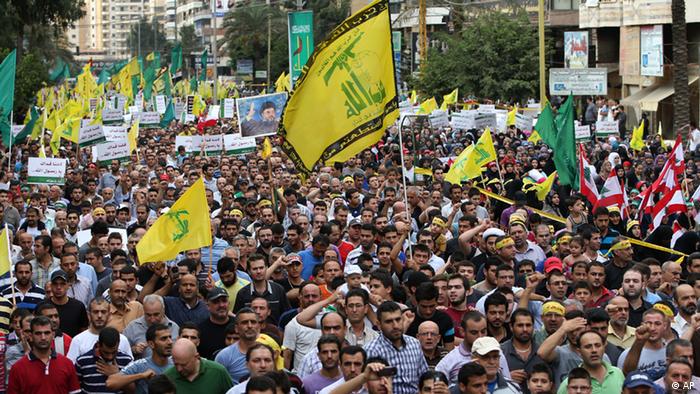 The so-called "Party of God" has undergone a dramatic transformation since it was founded 30 years ago. The stimuli for its creation were the Islamic Revolution in Iran and the Israeli invasion of Lebanon. Hezbollah's stated aims were resistance against Israel, and establishing an Islamic state in Lebanon.

In the years that followed, Hezbollah slowly began to integrate itself into the Lebanese political system. In 1992 it participated in parliamentary elections for the first time. It abandoned its aim of establishing an Islamic state in the country, and this no longer a plank in the party's official platform.

Originally from a Shiite village in southern Lebanon, Bassam Haidar, 47, has lived for decades in the southern suburbs of Beirut known as the Dahye, and has observed Hezbollah's development at close quarters. He said the organization has changed substantially since the mid-1980s. In the early days, he said, it was characterized by religious fanaticism.

"Celebrations were not allowed. It wasn't unusual for them to force their way into people's homes to prevent them from holding a party," he said. "You couldn't drink alcohol at home, either."

Haidar said nowadays Hezbollah is more realistic in its approach, "It has accepted that it can't force everybody to conform to its ideology. Otherwise it would only have had a limited number of supporters and wouldn't have been able to grow."

Adapting, up to a point 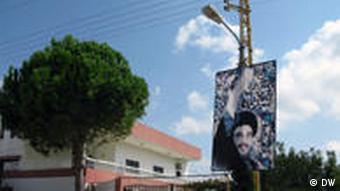 Hezbollah, the strongest force in the Lebanese coalition government, has pledged to maintain stability

Haidar is not a member of Hezbollah, but he is a sympathizer and votes for them in parliamentary elections. He said he admires the party for stepping in where the Lebanese state has seen to have failed. He said Hezbollah has arranged for water tanks to be brought in to the Dahye because the tap water was undrinkable.

But there is a definite limit on the extent to which the party is willing to adapt. It remains a state within a state, and has refused to disband its militia, rejecting any form of disarmament or integration into the Lebanese army. It still sees itself as part of an Iranian-Syrian coalition, a bulwark against American and Israeli interests in the region.

Despite the increasingly serious situation in Syria and the possibility that the current regime there will fall, Hezbollah is one of the political forces in the region that still remains loyal to Assad. Haidar said he believes that this position is justified, and is convinced that there is no alternative: "Because if the regime in Damascus is toppled, people will come to power who are supported by the United States. They're against us. There'd be no one left to support the resistance to Israel within Lebanon."

However, in the Lebanese media there is increasing debate over Hezbollah's clear alignment with Assad. More and more people are saying it is in a dilemma. Shiite scholar Hani Fahs is a prominent critic of Hezbollah's pro-Syrian stance. A few weeks ago he and another Shiite scholar called for solidarity with the oppressed people of Syria and reminded people of the Shiite tradition of supporting the oppressed. 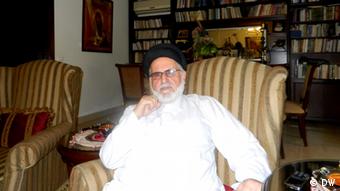 Fahs argued for withdrawing support from politicians who treat their people as the Syrian leaders are doing - even if the leaders profess to support the resistance against Israel.

"We should not pollute the liberation and resistance with corruption and oppression," Fahs said. He estimated that at least a third of Lebanese Shiites show solidarity with the Syrian people whenever they can, and that another third would, too, if they had more freedom to do so. He pointed out, "There are many and varied opinions within the Shiite population, and that is nothing new."

Despite its loyalty to the Syrian regime, Hezbollah has to factor in the reality of the situation on the ground in Lebanon. It is part of a cross-party agreement to maintain stability in the country regardless of the interests of Syria and the escalating violence there. There was no resistance when Michael Samaha, a former minister from the Hezbollah camp, was arrested in August on suspicion of planning attacks within Lebanon at Syria's request. Recently, Hezbollah also allowed the Lebanese army to conduct operations in the Dahye, traditionally a Hezbollah stronghold, where some Syrians were being held captive. The army arrested the kidnappers and was able to free some of the hostages.

In the course of its history the "Party of God" has displayed a surprising capacity for transformation. Fahs said Hezbollah will most likely find a way of coming to terms with changed political circumstances in Syria.

The party is in a position to be pragmatic, he says, because of its achievements and because of the support it enjoys. Fahs gave the example of the recent demonstrations against an anti-Islam film. He said Hassan Nasrallah, Hezbollah's general secretary, had called on people to demonstrate with the aim of emphasizing the party's strength, and to show that it speaks for all Muslims.

"The positive thing about this is that the message is being conveyed by political means," he said. "It was very noticeable during the Pope's visit that the representatives of Hezbollah adopted a moderate tone. They spoke positively about cross-party dialogue in Lebanon."

Hezbollah leader Sayyed Hassan Nasrallah has warned of grave repercussions if an anti-Islam film is released in full. Global protests over the American-made film have resulted in the deaths of at least 19 people. (18.09.2012)

A Shiite group in Lebanon abducted several Syrians Wednesday in what it said was retaliation for the kidnapping of one of their own. It is the latest sign that violence in war-torn Syria is spilling over borders. (15.08.2012)

The Organization of Islamic Cooperation suspended Syria to keep sectarian divisions in the Muslim world from deepening. The organization itself is already riven by divisions between Sunni and Shiite members. (16.08.2012)