The Organization of Islamic Cooperation suspended Syria to keep sectarian divisions in the Muslim world from deepening. The organization itself is already riven by divisions between Sunni and Shiite members. The Organization of Islamic Cooperation's early Thursday (16.08.12) decision to suspend Syria's membership in the 57-nation group appeared geared at presenting a united front against sectarianism in the Muslim world. But during the build-up to the vote in Jeddah, Saudi Arabia, resistance from Iran and Iraq seemed to show how divided the body really is.

The OIC's call for an end to the violence in Syria had a subtle subtext. The conflict in Syria is increasingly turning into a religious one. Shiite-dominated Iran opposed the move to suspend Syria, while Sunni-dominated states were for it.

Shiite-ruled Iraq did not even take part in the Jeddah conference. Though the Assad regime still holds power, evidence points to the Sunnis having considerably more influence there than before in determining Syria's destiny. Apart from Iran, Russia and China have also shown some support for the Assad regime. 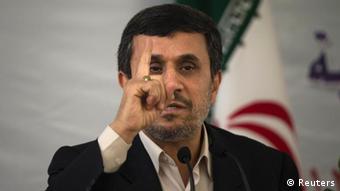 In this sense, OIC's conference reflected the increasingly sectarian nature of the Syrian civil war - something that some of those gathered in Jeddah actively promoted, especially those from Saudi Arabia itself. It is generally agreed that a wide range of private Saudi institutions promote Sunni extremists who are fighting in Syria not for democracy, but for the triumph of their faith. In other words, they mainly fight against Syrian Shiites.

In fact, clear religious tensions can be observed in Syria, according to Islamic scholar Udo Steinbach

"If a member of a religious community is killed in the name of religion, then an element of revenge is added to the conflict, which will play out very badly after the fall of the regime," he said.

But neither Syria's neighbors nor the neighbors' western allies have any interest in an increasingly sectarian conflict. For this reason, in his editorial on Tuesday, Abdel Bari Atwan, influential editor of the Arab newspaper "Al Quds al Arabi," appealed to the conference participants to overcome the sectarian tension in the region.

"We must learn above all to live together and to emancipate ourselves from ideological and ethnic tensions," he wrote. "Then solidarity will arise by itself and take root without a conference."

In fact, none of the states involved would benefit from the religious tensions. Currently Iran, which as a Shiite state is being put on the defensive, is noticing this most clearly. If Assad falls, Iran will lose its direct contact with Lebanese Hezbollah, to which it currently maintains close relations. This will also weaken its reputation as a steadfast opponent of Israel.

"The Iranians are less concerned with the Assad family or the Baath Party," Posch said. "They are worried that their contact with the Muslim Brotherhood and other Sunni Islamist groups, which are in the majority, would be interfered with, and they would then lose all contact with the Syrians. That would also make it difficult to contact the Lebanese Shiites."

But above all, Posch said, Iran fears that religious unrest could also spread to its own territory. There the Sunnis form the second largest religious group in the country after the Shiites.

But Sunni states also have reason to be worried about the development of the Syrian violence toward a religiously dominated conflict. The religious tensions could also spill over to their nations, which are also home to Shiite populations. In Saudi Arabia, Shiites constitute nearly 15 percent of the population, while they are 35 percent in Kuwait and as much as 60 percent in Bahrain. The Saudi Shiites are also geographically a challenge for the royal family: they live mostly in the east of the country, where the giant oil fields are. If they were to rebel, it could easily have economic consequences.

Steinbach said the Jeddah conference will not have any direct impact on the conflict in Syria, "but in the long term, they can prevent the political conflicts in the Middle East outside Syria from having more and more of a religious component."

Opinion: Predictable message from the OIC

Syria's suspension from the Organization of Islamic Cooperation (OIC) was expected, because it is dominated by the Gulf States. But how should the West position itself? A commentary by DW's Rainer Sollich. (16.08.2012)

With the UN peace plan in tatters, regional battle lines are being drawn in Syria. Calls for a no-fly zone have grown, but the West remains reluctant to intervene during an election year and an economic crisis. (14.08.2012)

Preparing for a post-Assad Syria

Syria's President Bashar Assad is still clinging to power. But many governments are expecting his regime to fall - and are planning for what comes next. (13.08.2012)

Child labor on the rise in Africa