The signature of a bohemian: Modigliani works on show at the Tate Modern

As the Tate Modern in London opens a retrospective of Amedeo Modigliani's paintings and sculptures, DW spoke with curator Simonetta Fraquelli about what made his work so controversial and why he was surprisingly complex.

Simonetta Fraquelli: First of all, his life story is quite extraordinary: He was a young Italian Jew who came to Paris. He is known for being a womanizer, for drinking, for drugs.  However, in our exhibition we have tried not to approach him through the myth, but to really look at his works of art and see what they tell us about his time in Paris, how he developed his signature style that we all recognize. And how, in fact, he was a much more complex character than the myth lets us believe.

Read more:  Why artworks are selling for over $100 million

What does the Tate Modern's exhibition focus on then?

We wanted to tell the story of a young person and his journey to Paris. Paris forms him. And that is the thing: Modigliani's life and artistic journey show the importance of movement, of being able to go from one country to the other and be influenced by different cultures. When he got to Paris, he wasn't just influenced by French culture. He was exposed to all different kinds of artists who were working there, from Pablo Picasso to Paul Cézanne to the Romanian artist Constantin Brancusi. Modigliani was influenced by other things too: the ethnographic museum, the new cinema, the theater, listening to music and really embracing cultural exchange. This couldn't be more relevant today, the fact that we should be able to experience different ways of living. 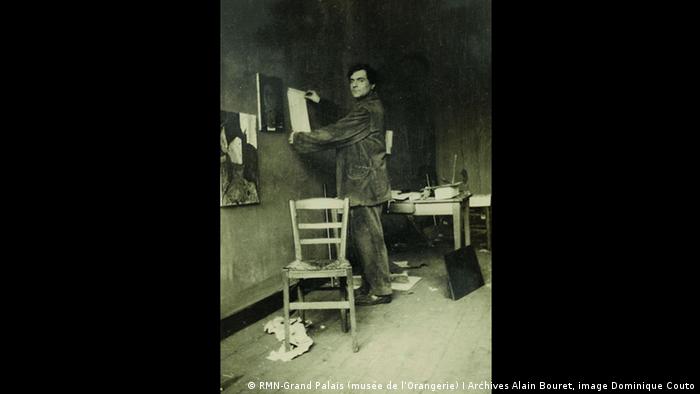 Modigliani came to Paris after studying art in Italy and spent many productive years in the French capital. He died there in 1920.

In 1917  the police shut down Modigliani's first and only solo exhibition in his lifetime on the grounds of indecency. Why where his nudes so controversial at the time?

The way he portrayed his nudes was very upfront and direct. They fill the canvas, look straight at you as the viewer, and they challenge you in many ways. What shocked people at the time, however, was more simple: He was showing women with their bodily hair, including pubic hair. Historically speaking, this was a first. It made the women in his paintings look like very real women when compared to the abstract forms or idealized images of women that were common at the time. 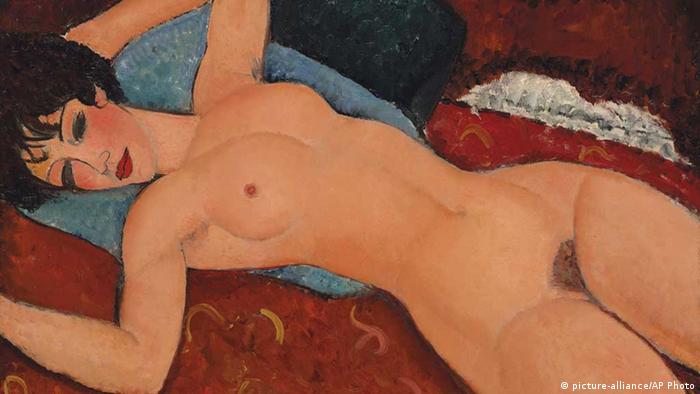 Modigliani's "Reclining Nude" caused a scandal when it was exhibited around 1917.

Are these portrayals of women classic examples for the so-called "male gaze" [in which women are seen as objects of a male viewing perspective — Ed.]? Or did the women in the paintings actually have agency, from an artistic point of view?

One of the things we tried to do in the exhibition is to portray the role of women in Modigliani's life in a more nuanced and complex way. He clearly was producing paintings which are very sensual, images of women that were probably meant for a male audience or male clients. But the women and the way they are portrayed demonstrate a certain independence and certain forcefulness that is much more reflective of how women's roles were changing at the time.

Most of his nudes were created during the First World War. At the time, a lot more women lived in Paris than men, since most of the men had gone to the front. Women were beginning to use more makeup. They were beginning to dress slightly differently. They also started to work more since there were no men around. Women were gaining a certain independence. And if you were a model, you actually earned more than if you were a factory worker. So the women Modigliani portrayed actually did make some choices. Not that they were super emancipated, but at least their roles were changing. And in our exhibition we tried to show that the way he portrayed these women shows that they are much more modern women than just objects for him to paint. 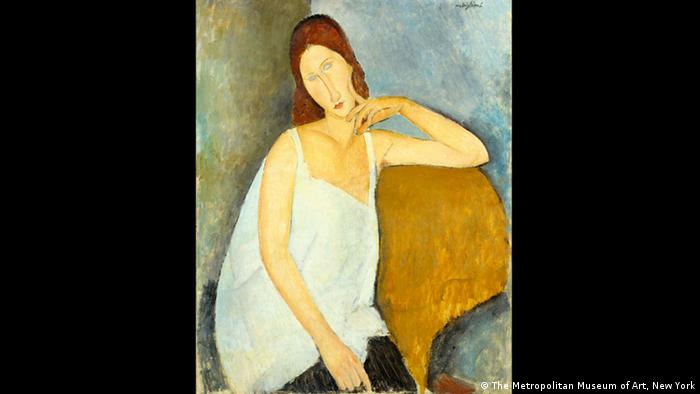 Modigliani's partner and mother of his daughter, Jeanne Hebuterne, was a frequent subject of his works towards the end of his life

How would you summarize Modigliani's style in a few sentences?

Certain features characterize his style, like the more elongated forms or the narrow eyes in his portraits. But it is also important not to overlook how much his style changed over the 14 years he lived and worked in Paris. One can see a definite development from his earlier works, which are influenced by Cézanne, to the work he creates just before he dies. And even within the repeated forms there is a lot of individuality. There's much more variety than one initially thinks.

What role did sculpture play in Modigliani's artistic career?

Sculpture is actually very important. We managed to reunite nine of his sculptures from the about 28 he created over his lifetime. Despite some early attempts, he really starts working on sculpture after he meets Brancusi in 1909. Modigliani then concentrates on sculpture from about 1910 to 1913. You can really see how through his experimentation with and observation of African or Asian art, or non-European art in general, he creates sculptural forms that we then find in his paintings later on. The long faces, the almond eyes, the blank eyes — they are all in his sculptures already. And I think it is very important for how his paintings develop.

Simonetta Fraquelli is an independent curator who has researched the life and art of Amedeo Modigliani. She is part of the curator team for "Modigliani" at the Tate Modern in London. The exhibition opens November 23 and runs through April 2, 2018.

His hedonistic life cut short by disease, his good looks, his drawings of nudes: All this made Modigliani a legend. An exhibition at the Tate Modern in London shows off his work and gets to the man behind the myth. (23.11.2017)