Works by modern artists have fetched record-breaking amounts at Christie's auction in New York. The price paid for Amedeo Modigliani's "Nu Couche" was the second highest ever paid for an artwork at auction. 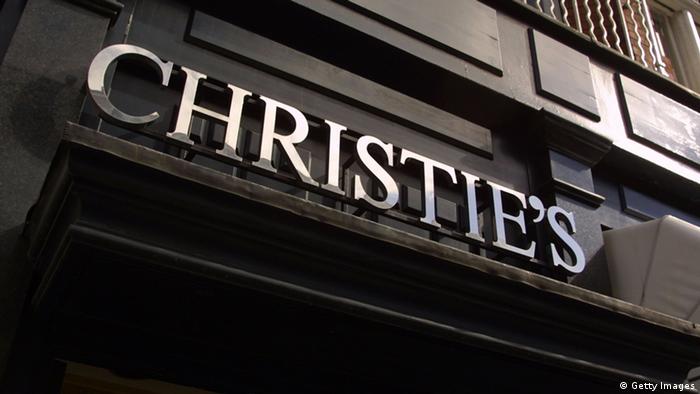 Christie's auction house in New York was packed on Monday night as it broke records during a specially curated evening sale titled "The Artist's Muse."

The year 2014 was a hot year for the art market. Art auction houses Christie's and Sotheby's have posted record earnings for the year, with a third of their buyers being first-timers. (20.01.2015)

Jessica Fertig, co-head of the Christie's sale, told reporters prior to the auction that Modigliani's piece "is unquestionably a masterpiece."

The painting - produced between 1917 and 1918 - scandalized Paris when it was first exhibited, prompting police to shut down the exhibition.

Lichtenstein is renowned for his contribution to the pop art movement in the United States. His "Women with Flowered Hat" was sold for $56 million in 2013, the highest amount paid until Monday.

Sarah Lichtmann, assistant professor of design history at Parson School of Design, said that modern and contemporary works by celebrated artists "do not require a tremendous amount of aesthetic or intellectual risk on the part of the collector," the AP news agency reported.

"They are beautiful paintings - some even exceptional as is the Modigliani - but they are tried and true," Lichtmann added.

Monday's auction comes as Christie's expects to sale more than $1 billion of art throughout the week.

In May, Spanish painter Pablo Picasso's "Women of Algiers (Version O)" set the record for highest sum paid at an an auction sale, with $179.4 million at Christie's.