The Scent of Home - Encounters in Little Hanoi

The scents of coriander, mint and fish sauce fill the air. Berlin’s Dong Xuan Center is a meeting place for East and West - for Germans and immigrants, tourists and locals. The setting of its own form of reunification.

The Scent of Home

The scents of coriander, mint and fish sauce fill the air. Berlin’s Dong Xuan Center is a meeting place for East and West - for Germans and immigrants, tourists and locals. The setting of its own form of reunification. 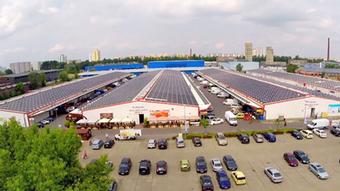 Former GDR-contract workers from Vietnam built the Dong Xuan Center on industrial wasteland in the east of Berlin.

Most Vietnamese ex-pats feel a rush of excitement when entering the Dong Xuan Center in Berlin. The large market hall in Berlin’s Lichtenberg district is like a little Hanoi in Germany. “Dong Xuan means spring meadow,” explains Mai-Phuong Kollath, who came from Vietnam to former East Germany as a contract worker in 1981. She buys fresh herbs here for her Vietnamese summer rolls. Sikh retailer Raghbir Singh comes to buy clothes wholesale. He arrived in West Berlin from Punjab as a student in the summer of 1989. His children and grandchildren were born in Berlin and have only ever known Germany as it is today. 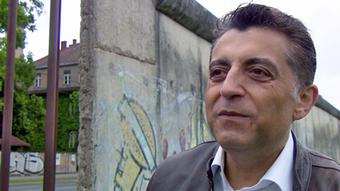 Suat Bakir is the son of a Turkish guest worker. He considers himself part of multicultural Germany.

Businessman Suat Bakir was eight years old when he arrived in Germany from Turkey to join his parents. He says the German reunification was like a wedding, but to which immigrants weren’t invited. Many feared they’d lose their jobs to East Germans who might do the same work for less money. It was 1979 when Suat Bakir settled in and he was the first immigrant to attend his school in the working-class district of Wedding – and the first to graduate. But not everyone who comes from abroad enjoys such a successful life in Germany. Elisa Dosse from Mozambique accepted a position as a contract worker in former East Germany. After reunification she married a man from Mozambique and they settled in the East German city of Dessau. One of her best friends, also from Mozambique, was murdered there by neo-Nazis in 2000. She still lives in fear today and misses Mozambique, despite having German friends who have warmly accepted her into the community. 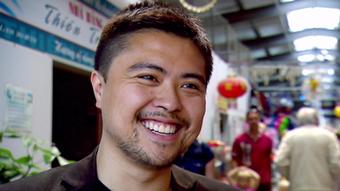 Dan Thy Nguyen from South Vietnam only plucked up the courage to visit the center four years ago, because it is run by people from North Vietnam.

Dan Thy Nguyen has also experienced racism and exclusion. An actor, he is generally offered roles to play comic Asians or a member of the Vietnamese mafia. Like many of their countrymen, his parents fled Vietnam by boat in the late 1970s. But while living in the Eiffel region, people threw rocks at their house, and the fear of waking up in the middle of the night in a burning house still haunts the family. Riots broke out in Rostock-Lichtenhagen in 1992, during which a German mob set fire to an 11-storey building full of Vietnamese people. The effects of these riots are still felt today.

This documentary follows people whose stories are closely intertwined with Germany. DW author Bettina Kolb visits them at their homes in Dessau and Hamburg, and joins them on a trip to one of Germany’s most exotic and unique locations – the Dong Xuan Center; a place with the scent of home.

The Scent of Home