Call it the Unromantic Road. Germany's Route of Industrial Heritage traverses the Ruhr Valley, once the coal-dust covered center of European heavy industry. Today, it is a mecca of history and culture. 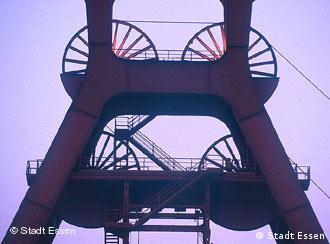 After its mining and steel industries fell into decline in the 1970s, the Ruhr Valley decided on an unusual strategy for economic renewal: turning the dying industrial landscape into a giant history and technology museum, as well as a top recreation destination.

The gambit appears to have worked. With its mixture of museums, parks and unique historic industrial sites, The Industrial Heritage route, which officially opened in 1999, helped attract some three million visitors to the Ruhr Valley in 2001, with the numbers on the rise, according to tourism authorities.

The Ruhr Valley is situated in the western state of North-Rhine Westphalia; it is Germany's most densely populated region. The Route of Industrial Heritage is more than 400 kilometers long and takes in six museums, 19 industrial sites, and a handful of gardens and historic houses in and around cities such as Essen, Bottrop and Duisburg. It can be visited on foot, by car or by bike. 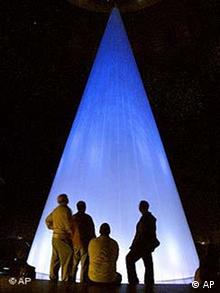 Each trail highlights a specific theme. Interested in social history? Take your pick of the Workers Settlements route or the Tycoons' Villas route. Hard-core industry more your thing? Pick from topics like Industrial Heritage along the River Lippe, or The Westphalian Coal Mining Trail. In the mood for food? Don't miss the Bread, Corn and Beer tour. Those who simply want to enjoy nature can take the Historical Parks and Gardens route.

In addition to the streets that make up the route, there is also a linked system of bicycle paths through the area, called the Bicycle Route of Industrial Heritage. At one of 13 stops on the route, sport-loving tourists can rent a bright orange bicycle known as a Revier-Bike; children's bikes are also available.

In terms of specific attractions, one of the most popular is the German Mining Museum in Bochum. Founded in 1930, it gives visitors insight into the world of coal mining. Beneath a 70-meter tower are 25 exhibition halls. A display mine reaches 20 meters below ground, providing curious visitors what may well be their only chance to see what life might be like for a miner.

The route's flagship site -- and the site of the visitors' center -- is the Bauhaus-style Zollverein Coal Mine Industrial Complex, in Essen. Founded in the 1840s, the Zollverein mine was once the largest and most modern colliery mine in Europe, employing 5,000 miners at its peak. Since then, the site has been developed into an industrial monument of international importance. It also houses a lively arts center and hosts regular concerts and special events.

The trail also takes in the town of Oberhausen, where authorities have turned a 120-meter high gasometer, formerly a storage facility for gases used in iron and steel production, into the tallest exhibition hall in Europe. 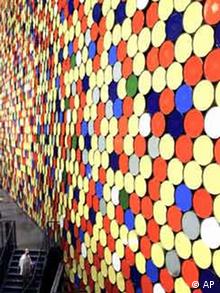 In 1999, the artist Christo and his wife Jeanne-Claude used the space to exhibit their installation "The Wall" --13,000 colored oil barrels stacked up in the gasometer's cylindrical interior. Oberhausen is also home to the popular Industrial Museum of the Rhineland, which documents more than 150 years of the history of iron and steel industry on the Rhine and the Ruhr.

Other favorites are the Landscape Park Duisburg Nord and the open air industrial museum in the town of Hagen in the southeast of the region.

The Landscape Park is on the site where in 1899, the August Thyssen company extended its metallurgical plants to the coal fields north of Duisburg. Up until its closure in 1985, the plant produced several kinds of pig iron. Here, don't miss the chance to visit the site of a former blast furnace and if you can, visit the park at after dark at the weekend, when the skies are illuminated by a light show designed by the British artist Jonathan Park. Another architectural highlight is the Villa Huegel, a 200-room residence that once belonged to the Krupp industrialist family. It is situated in extensive parklands overlooking Lake Baldeney.

Developers have become experts at bringing the best out of the region's old industrial hotspots and capitalizing on their historical cachet. The Aquarius water tower in Mülheim used to store half a million liters of water. Today the same tower, built in 1892 by August Thyssen, is home to a multimedia water theme museum. In Bottrop, just northeast of Oberhausen, the Tetrahedron -- a 50-meter filigree steel construction -- rises up over a former gigantic slag heap.

The Ruhr Valley has something for everyone -- cyclists, hikers and water sports fans will find themselves well catered for here. Set this against the monumental background of the region's industrial history, and you have all the ingredients for an unusual and informative trip.

Germany Home to Some of Europe's Dirtiest Power Stations

Germany contributed heavily to the World Wildlife Fund's "Dirty Thirty" list of most-polluting power stations in the European Union, landing six of its coal-fired plants in the top ten. (10.05.2007)

Coal might be Germany's most abundant indigenous energy source, but the death knell finally sounded for the country's unprofitable coal industry when the government decided to end mining subsidies by 2018. (31.01.2007)