European Union states agreed earlier this month on a binding 20 percent cut in CO2 emissions by 2020. Yet over 20 coal-fired power plants -- major producers of greenhouse gases -- are planned for Germany. 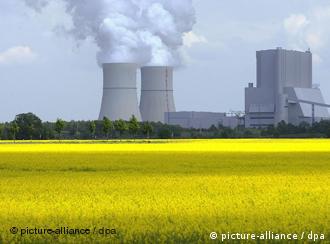 German Chancellor Angela Merkel has said measures for protecting the environment are a top priority during her six-month European Union presidency.

Germany and other EU-member states agreed on a binding reduction of carbon dioxide (CO2) emissions by 20 percent by 2020 compared with 1990 levels. The EU also proposed a 30-percent cut if other nations followed suit.

There's a hitch, though, for Germany, said Reinhard Loske, a member of the German parliament and climate expert for the Green party parliamentary group: Currently, up to 26 coal-fired power plants -- which would burn either hard (anthracite) or brown (lignite) coal -- are either being built right now or are in the planning stages in Germany.

"If all of those plants end up being installed, there is no way we can reach our climate protection goals for reducing emissions," Loske said.

Coal-fired power plants are one of the biggest producers of greenhouses gases, which scientists have said are primarily responsible for global warming.

Up to 13 plants in North Rhine-Westphalia 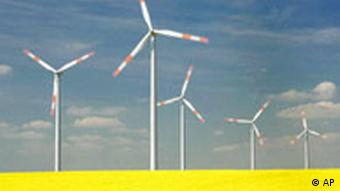 More than 1,200 wind turbines in the State of Saxony-Anhalt

Of the over 20 planned coal-fired plants, 13 would be located in the western state of North Rhine-Westphalia (NRW) -- Germany's most densely populated state and the location of the country's largest coal reserves.

RWE Power -- Germany's largest electricity-generating company -- wants to build three of these new power stations as it takes older, less efficient ones off the grid.

The company said it would invest around 2.2 billion euros ($2.9 billion) to construct two new so-called "optimized coal-fired units" (BoAs) at its Neurath facility, near Grevenbroich, which are to go on the grid in mid-2010.

The BoA technology in Neurath aims to reduce harmful carbon dioxide emissions by up to 3 million tons per unit annually through increased efficiency. Currently, Neurath produces around 20.1 million tons of CO2 per year. 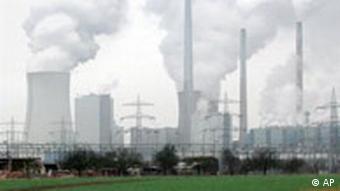 One of Germany's many coal-fired power plants

Loske said estimates show that NRW would produce more CO2 emissions per year than all of Switzerland, if all the units planned for the state were built.

"No one who takes climate change seriously can now accept over 20 coal-fired power plants being built in this country," Loske said.

But there are advantages to power fired by coal, said Johannes Heithoff of RWE Power.

"Germany has a major supply of brown coal," he said, adding that Germany imports over 60 percent of the hard, or anthracite, coal is uses.

"Brown coal, on the other hand, makes us less dependent on others and more on ourselves for generating electricity," Heithoff said.

Brown coal is also cheaper to mine since it is deposited closer to the earth's surface than anthracite coal. Strip-mining, however, leaves major gashes in the landscape, though re-cultivation measures can help restore nature and wildlife. 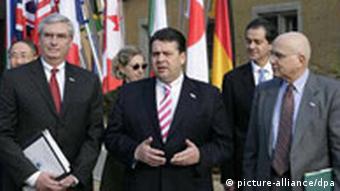 Loske said that once permission is given for building more coal-fired stations -- despite their now being more efficient and emitting less carbon dioxide -- the plan would set the plants' emissions in stone for decades since coal plants have 40-year life cycles.

"That means we are currently deciding what emissions from coal-fired plants will be like 40 years from now," he said.

As the debate about climate change heats up, some cities are protesting having coal-powered plants built nearby.

Krefeld, a small town near Düsseldorf, recently rejected plans by the Trianel Energy Group to build a hard coal-powered plant nearby. The city said it was "worried about climate change."

The German Umwelthilfe has demanded that any approval given for new coal-powered plants should be limited to 10 years, after which CO2 emissions should be reviewed.

RWE, for its part, has acknowledged that emissions must be reduced and has announced it wants to build "the world's first CO2-free, coal-fired plant including CO2 storage." Vattenfall Europe, a major power and heat generating company, has also announced similar plans.

"The Potential Is There for Mitigating Climate Change"

The European Union has ratified an ambitious pact to reduce greenhouse gases. Now, the British government is pushing for its own legally binding targets to reduce emissions even more. Is Germany ready for the same? (15.03.2007)

European Union leaders clinched a wide-ranging climate change accord on Friday but postponed the thorny task of setting mandatory renewable energy goals for each member country to meet. (09.03.2007)