The route is the goal: Taiwan's cycling culture

With exceptional cycling routes and scenic landscapes along the road, cycling around Taiwan is a lifetime experience which you do not have to be crazy to do. 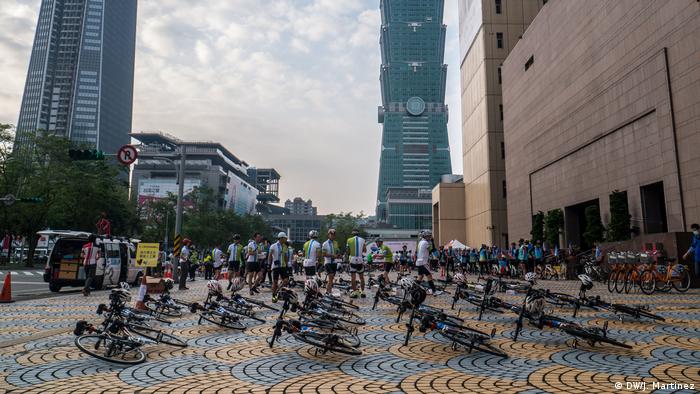 There comes a time in which we all wish to try something new and exciting without overthinking the consequences. Going skinny dipping at the beach after a couple of drinks, booking a flight to some exotic destination without planning or, in my case, cycling all around Taiwan in less than 10 days and to do so without any prior cycling experience.

Opportunities like these don't come around too often, so when I was invited to participate in a cycling tour around the East Asian island, I didn't think twice and accepted the invitation filled with excitement and looking forward to this new experience. Obviously I wasn't naive enough to not really prepare for this journey. But for someone who doesn't own a bicycle, I think the 15km I covered every couple of days on a city bike, weren't nearly enough preparation for the 100 – 120 km we had to cover every single day for nine days straight.

Cultural traditions with a modern view

Taiwan is a destination that has fascinated me for a long time. Considered one of the most open and liberal countries in Asia, Taiwan is known for its culture of free speech and gender equality. It is one of the most underrated destinations among visitors to East Asia and at the same time one of the richest in terms of culture and tradition. Strongly influenced by its neighbors China and Japan, Taiwan's way of life seems to be a perfect mix of these two cultures. 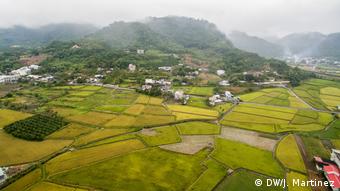 View on the mountains in the New Taipei state

Traditional Chinese culture is part of Taiwan in everyday life. Standard Chinese is the main language in the country, Buddhism and Taoism are the country's main religions and the main aspects of the Chinese cuisine are represented in the local specialties. However, with the rise of Western influence in the country and the desire of Taiwan to get closer to this hemisphere of the world, activities like cycling became popular among Taiwanese.

From industrialization to a love for cycling

Taiwan's loving relationship with cycling began almost four decades ago when Taiwanese bicycle manufacturer GIANT had their breakthrough and became one of the largest suppliers worldwide. Bicycles became affordable for Taiwanese and cycling was no longer merely a form of transportation, but also a sporting leisure pastime.

With cycling culture growing every year, improvements to the cycling routes by the government at the beginning of the new millennium finally turned Taiwan into a cycling nation. In 2015 the government finished the construction of the Taiwan Cycle Route No.1, which goes around all of Taiwan with standards comparable to any cycling route in Europe. Taiwan started to appear on the map for having some of the best and most beautiful cycling routes in the world. 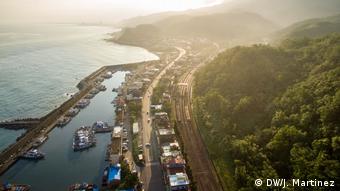 Views while riding along the eastern coastline of Taiwan

"You had the best preparation of us all", Gerard said jokingly, one of the Canadian cyclists joining me on this trip while I'm selecting a rental bicycle for the journey. "You practiced with a city bike! The right bicycle will feel like heaven".

Our team for this trip was young and very diverse. Some came with solid cycling experience in their home countries, others were hobby cyclists, who enjoy a good tour once in a while, and there were a few exceptions like me, who were there for a new experience, without really knowing what they were getting themselves into.

Taiwan has a very unique landscape structure. While the east offers some of the most diverse natural settings, the west is much more industrialized. The roads are flatter, and the landscapes after a while can even become a little monotonous.

Our journey started in Taipei, the northernmost city, and we cycled around the country clockwise, getting us the chance to see the variety of the eastern landscapes during the first half of our trip. With more than 80 km ahead of us for the first day, the journey around Taiwan started "gently". No more than 2 hours after departure, we were already in the outskirts of the city and green landscapes started to emerge in front of us. Abandoned train tunnels turned into cycling routes. The reward for taking on this challenge was the impressive views of the seacoast and landscapes of Taiwan which are invisible to travelers in cars or trains. The best part was that I was able to stop at anytime to take pictures. 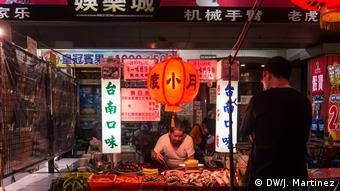 Night markets are an obligatory stop on a tour to Taiwan

We passed mountains in the New Taipei state between the capital and Jiaoxi, cycled past miles and miles of rice fields surrounded by impressive scenery and through tropical forests in the south. New culinary experiences were a big part of the journey too, as we ate the spiciest ice cream in Jiaoxi, tried sticky tofu, had bubble tea almost every day and night markets were an obligatory part of our schedule – regardless of how tired we were.

Riding as a team was also very important for us. We stuck together for most of the trip, no matter how large the gap of cycling experience between us was. During the 10-minute breaks every 20km in which we ate bananas, chocolates and snacks, we got to know each other better, motivated each other or just relaxed. We also had a supply van accompanying us on the whole trip, making the journey way more comfortable, as we didn't have to carry our own luggage and food and even got some assistance if we needed any technical support. 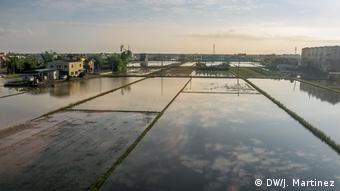 Views of the rice fields under water in eastern Taiwan

Travelling such a large distance by bicycle without a day of rest was tough and difficult. There were moments when I seriously considered stopping and getting into the van to take a deserved rest, which I was craving for. However, with a team of friends motivating me to continue, incredible views along the way and a professional crew behind me, my goal was to see the 100km on my speedometer every day and to keep going.

After more than 930 km covering a diverse mix of mountains, villages, cities and rice fields, I felt that everything was possible and there was no crazy adventure that could not be accomplished with the right conviction. Now I know now that cycling 900 km without experience is even harder than I had imagined, but yet I can't wait to try another crazy new experience.