The political prisoner, Syria and Beethoven

A Lebanese former political prisoner wants people to hear the story of his extraordinary ordeal in two of Syria's most notorious prisons. Now he is reaching new audiences - with a little help from an old German composer. 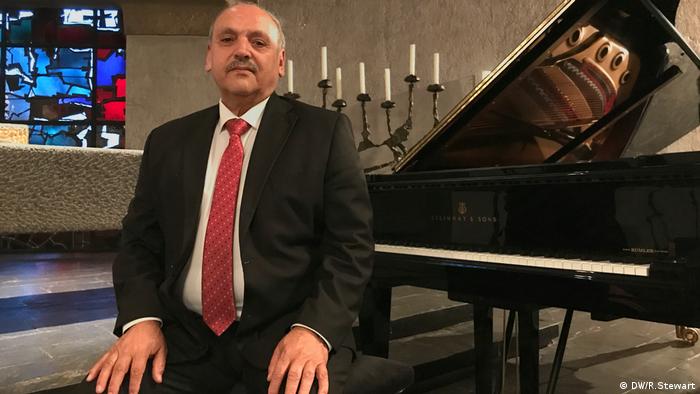 "The truth, I dared speak it, and these chains are my reward" - the poignant lyrics of Ludwig van Beethoven's opera Fidelio echo off the walls of a church in Bonn, Germany.

A diverse program of music and discussion sees several Beethoven pieces interspersed with protest songs from Turkey, Iran, Syria and Germany. The event is dedicated to Denis Yücel, a German-Turkish journalist currently imprisoned in Turkey.

The protagonist in Beethoven's only opera is a political prisoner. He is kept in a dungeon in dire conditions, and is only rescued after his wife masquerades as a male prison warden and gains the trust of the jail's superintendant. In the "Prisoners' Chorus," an inmate sings: "Hope whispers softly in my ears! We shall be free, we shall find peace." 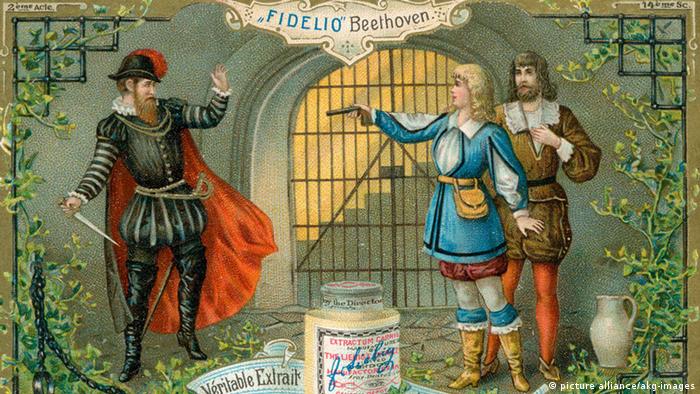 A collector's card, showing an illustration of Beethoven's "Fidelio"

Gabriele Stein, the head of Amnesty International in Germany, picks up on this theme. She emphasizes how vital it is that the many political detainees languishing in prisons around the globe not give up hope, quoting Beethoven himself: "Hopenourishes me; it nourishes half the world, and has been my neighbor all my life, else what would have become of me!"

Another guest speaker is Ali Abou Dehn, a former Lebanese political prisoner in Syria. "I am here to tell my pain," he says. "If the world closes its eyes, we don't know where to go."

Abou Dehn hopes that music, which he calls "the language of the world," will help people understand his story. He was taken into captivity on December 28, 1987 and it would be 13 years before he would hear music again.

Tadmor prison in Palmyra, central Syria, was once described by Syrian poet Faraj Bayrakdar as a "kingdom of death and madness." It was notorious for cruel treatment, torture and summary executions.

Soon after civil war broke out in Lebanon in 1975, Syrian forces then under the control of Hafez al-Assad entered the country. Over a period of 30 years, hundreds of Lebanese opponents to the Syrian occupation, like Abou Dehn, were taken to Syria and imprisoned, often without trial. Many did not make it out alive. 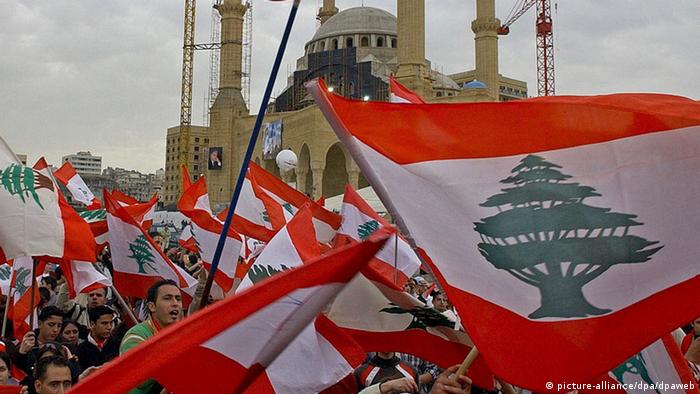 Abou Dehn would spend five years in Tadmor, and another eight in Saydnaya - a prison near Damascus, where, according to an Amnesty International report released earlier this year, up to 13,000 inmates were executed between 2011 and 2015.

In a particularly touching moment during the concert, Syrian-Palestinian pianist and refugee Aeham Ahmad turns and bows to Abou Dahn while taking his applause. There is a special connection between the two of them: Ahmad's brother is still incarcerated in Saydnaya.

Ahmad, who in 2015 won the inaugural International Beethoven Prize for Human Rights, Peace, Freedom, Inclusion and Combating Poverty, says: "I don't understand the situation, but let's play music - maybe we can open the world up between us."

They recreated a Tadmor dormitory in an abandoned school near Beirut, complete with a hole in the roof for constant observation by the guards, and acted out their roles as political prisoners.

"After I saw the film, it took one or two days to go back to my life again," Abou Dehn remembers. "Because we felt the torture, we felt the real ordeal - we lived it."

In an interview with DW, Abou Dehn describes how dozens of inmates would be packed alongside each other to sleep, "squeezed like fish in a tin." Their eyelashes were shaved off, and as they grew back it felt "like needles in your eyes."

A meal consisting of one boiled egg would be shared between five people. When an inmate fell sick, the others would give him their share. "In prison we lost a lot, but we learned something," Abou Dehn says. "We learned equality, we learned to love each other."

In 2015, Tadmor prison was blown up by Islamic State (IS) during its systematic destruction of the ancient Syrian city of Palmyra. Human rights groups warned that vital evidence of the brutal treatment of prisoners under Bashar al-Assad's regime might have been damaged in the process. For Abou Dehn, it was a more personal loss. 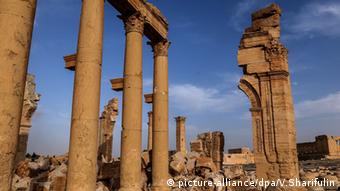 The city of Palmyra now lies in ruins

"The first day I heard that IS destroyed Tadmor, believe me that I cried. They destroyed my memories," he says. "They destroyed the wall where I was leaning, telling him stories, asking how are my children, how's my wife. The wall kept my secrets."

As head of the Former Lebanese Political Detainees in Syria organization, Abou Dehn is fighting for the release of the several hundred Lebanese still thought to be in Syrian jails. He is telling his story - through film, writing and now music - in order to compel people to take action.

"My heart is screaming," he says. "If you keep the memories inside, it means nothing. But when I tell you my story, I put some of this heavy weight on your shoulders - I plant it in your mind."