Two recent studies have shown that, essentially, an arms race is in full swing in Asia - a cause for serious concern, considering the number of simmering conflicts in the region. 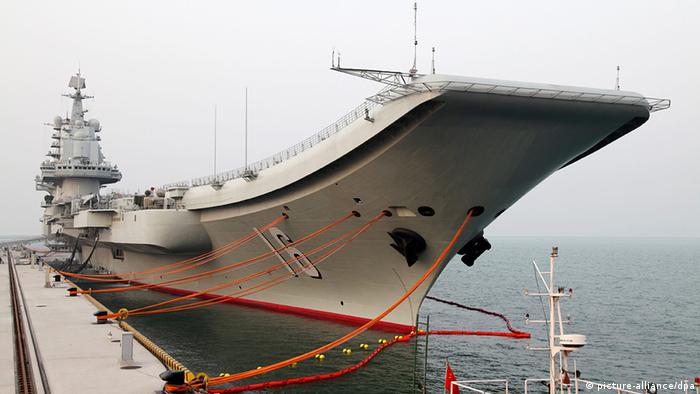 The national interests of Asian countries are growing along with their economic clout and affluence, prompting governments in the region to protect their spheres of influence with a wide array of weapons purchases.

Two trends in the international arms trade, in particular, have caught the attention of Western governments. For one, for the first time since the Cold War, the ranking of the world's five largest arms exporters has changed. 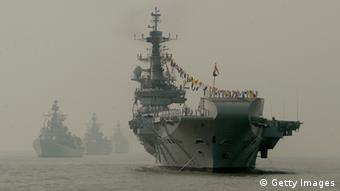 China has pushed Britain out of the Top Five. And secondly, military expenditures in Asia in 2012 exceeded those of the European Union for the first time ever.

The Stockholm-based International Peace Research Institute (SIPRI) arrived at the same conclusion in a study publish Monday, March 18. The balance is clearly shifting toward Asia, SIPRI noted in its report, "Trends in International Arms Trading."

The world's biggest arms importers over the last five years are all in Asia, the SIPRI report emphasized: India, China, Pakistan, South Korea and Singapore.

The reason for the rapidly rising arms purchases in Asia, says SIPRI's Asia expert, Siemon Wezeman, is that "there are quite a lot of threats in Asia. There are territorial disagreements, so there is an uncertain situation in most of Asia," he said, pointing to the enmity between India and Pakistan, the ever-more strident threats from North Korea and the territorial disputes in the East China and South China Seas.

The new and extensive purchases of weapons, however, have not made the region any safer, the IISS said in its report last week. "The purchase of advanced military systems in East Asia - a region lacking established security mechanisms - raises the risk of inadvertent conflicts and escalations."

Aside from the insecure geopolitical situation, the economic circumstances are the key, Wezeman says. "The growing economies are making it possible to buy arms in the first place."

A weak West is Asia's strength

What's more, the fact that Asia has overtaken Europe in military spending has to do with both increased expenditures in Asia and reduced spending in Europe. The trend over the last few years, according to the IISS report, is continuing with North America and Europe, whose economies are stuttering, reducing military budgets, while Asia is spending more. In pure numbers, Asia (including Australia) accounts for 19.9 percent of worldwide military expenditures. Europe accounts for 17.6 percent and North America for 42 percent. 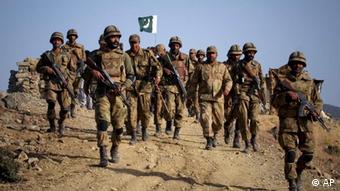 The rise of China to the world's 5th largest weapons exporter, with five percent of the global arms trade (an industry still dominated by the US and Russia), has mostly to do with arms purchases by Pakistan. Some 55 percent of all Chinese arms sales go to Pakistan.

Since Asian countries - with the exception of China - have no arms industry to speak of, they depend on weapons imports, Wezeman emphasizes. India, which buys mostly from Russia, has imported more weapons in the last five years than any other country in the world.

Farooq Hameed Khan, a retired Pakistani brigadier, says Pakistan's arms purchases have to do with its archrival, India. "India is a constant threat to Pakistan," he told DW, adding that China had replaced the US as Pakistan's most important arms supplier because "Pakistan views the US as an unreliable partner."

China, in turn, has an interest in supplying Pakistan with weapons "to keep India in check," according to Wezeman, and to have a partner that gives China access to the strategically important Gulf region.

"These countries are not only modernizing, but in many cases are also expanding their armed forces," notes Wezeman, "so there is a very strong emphasis on the air force and the navy." 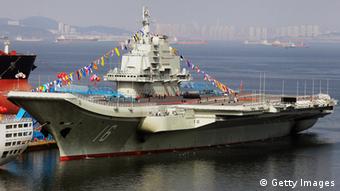 All the while, China is blazing the trail, according to the IISS. "China's capabilities to independently develop advanced military technologies are transforming the People's Liberation Army bit by bit."

As examples, the report not only names the country's first aircraft carrier, whose operational possibilities are still limited, but also the development of the new Type 0562D naval destroyer, which is expected to improve China's capabilities in air-sea warfare. It is indicative of how quickly China is moving to modernize its naval forces, according to the report.

The SIPRI study, however, points out that "new Chinese weapons systems still depend to a large extent on foreign components." Beijing's aircraft carrier, for example, is built from a refurbished Ukrainian ship and China's most important fighter jets, the J-10 and J-11, use Russian AL-31FN engine parts.

But many countries, like Pakistan, are benefiting from China's efforts to modernize its arms industry, since the US refuses to share key technologies with its allies. Former Brigadier Khan regrets that the US has not shared its drone technology with Pakistan, but is certain that China will fill the gap.