Bitcoin is on everyone's lips, but in Germany there is a once mighty currency that you can actually put your hands on — just don't try paying with it. Why are 12 billion Deutsche Marks still in circulation? 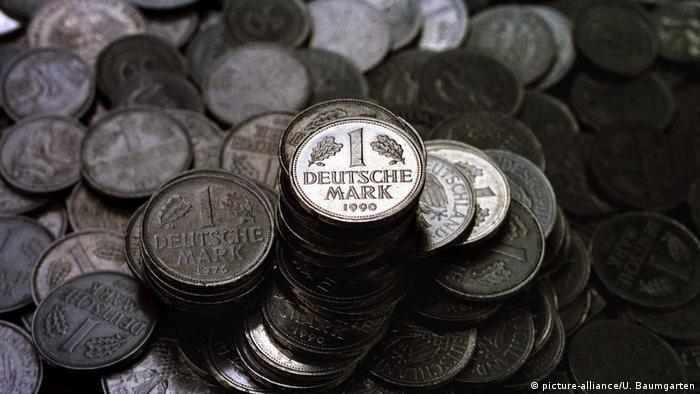 Nostalgia can be a powerful temptation. But the dozens who line up each morning at Germany's central bank, the Bundesbank, are perhaps among the less sentimental. A smorgasbord of the elderly, young mothers with children in tow and students, they have one thing in common and more often than not it's hidden inside a heavy bag.

Nearly 28 years after the complete demise of the East German mark and 16 years after the introduction of the euro, these people are patiently waiting to hand in some of the billions of old deutschmarks still in circulation.

Today German marks are travel souvenirs, bits of history forgotten at the back of a drawer or still stashed in safety deposit boxes. Most assuredly, marks are not an old-fashioned alternative to cryptocurrencies. Yet with so much of the cash still out there, many more Germans are holding onto the old currency than will probably ever own bitcoin, the most famous digital asset.

It is no secret that Germans love carrying and paying with wads of cash, and despite being branded with a dark history of super inflation they are also hoarding a currency that no store or taxi driver will accept. Amazingly, its limited practicality doesn't seem to bother Germans.

Breaking the numbers down, on December 31, 2001, the last day before the introduction of the euro, there were 162.3 billion marks in circulation according to the Bundesbank. By now over 92 percent of that hard currency has been handed back to the bank, but at the end of May, a booty of 12.6 billion marks is still out there stuffed in socks, hidden between the cushions or buried in the garden. 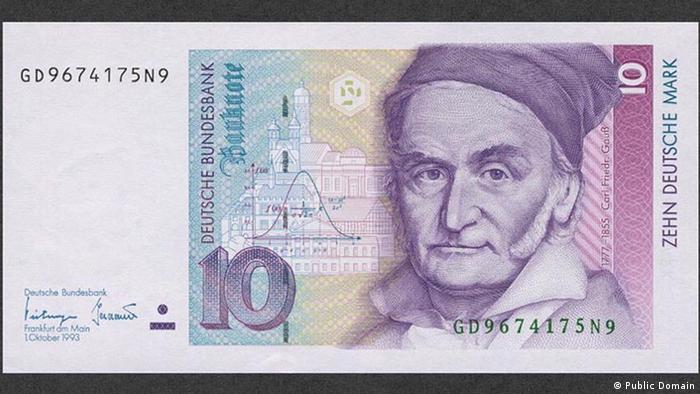 These marks are not worthless and — if issued after June 20, 1948 — can be exchanged in unlimited amounts for euros at one of the 35 branch offices of the Bundesbank indefinitely.  And unlike most currencies, the official exchange rate of 1 euro for 1.95583 marks has remained unchanged since it was established in 2001.

The open door policy of the bank and the lack of exchange rate fluctuation take the pressure off. No need to do today what can be put off until tomorrow! Elmar, a retiree from the Neukölln neighborhood of Berlin, found a 500 mark note stuck between the pages of a book well over a year ago and finally made his way to bank. Slowly but surely German magpies are making their way to the exchange windows.

In the past 12 months, the bank has processed 90 million marks into the much easier to use euro. With an exchange rate of nearly 2:1, that works out to around €45 million ($53 million). The remaining 12.6 billion marks are worth €6.3 billion. Looking at the situation realistically, just over half of the marks — 6.69 billion — are in coins and probably not worth the trip to the bank. The memories are worth more than the few euro cents to be had in exchange. 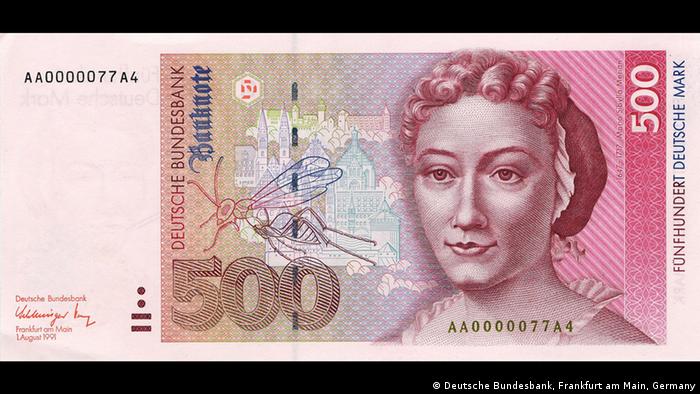 Why does Germany still keep all this on the balance books? In a statement, the bank points to people's confidence in the mark and its onetime role as an international reserve currency, particularly in Eastern Europe and the Balkans.

The bank and the German government must put great store in the continued perception of trust, even though the original decision to keep the mark open was made when Germany was a European laggard still reeling from the shock of unifying East and West Germany.

Each country that now uses the euro has different rules and timelines about exchanging their former national banknotes and coins. It's a complicated patchwork. Some central banks no longer accept coins, but still take notes, among them Belgium, Luxembourg, Slovakia and Slovenia. For those in Spain, Portugal and the Netherlands time is running out.

Still other countries no longer accept their former currencies in any form: France, Finland, Greece, Italy, Malta and Cyprus. Any drachma or francs found behind the bookcase can be pasted into an album or tossed.

Among the eurozone countries, only a small group including Germany, Austria, Ireland, Latvia, Lithuania and Estonia has no time limit for exchanging their old currencies.

To many Germans the mark was much more than paper or pieces of round metal. Its strength was a sign of the country's economic rise. It is no exaggeration to say that the transition to the euro was a traumatic time. But time heals all wounds and no one in line at the Bundesbank admitted to calculating back into marks to get a better idea of what something costs. To finally clear the accounting ledgers, the Bundesbank needs to now convince everyone to turn in those remaining marks.