Germany's central bank has completed an initiative to bring half of the country's gold reserves home three years ahead of schedule, as it repatriated all of its gold kept in Paris and a third of its reserves in the US. 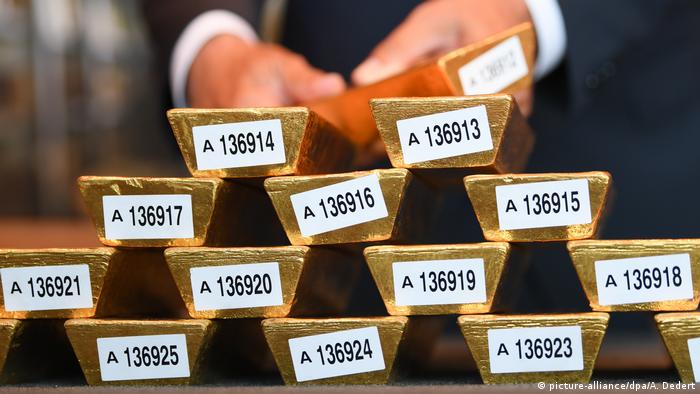 The Frankfurt-based Bundesbank said that half of Germany's 3,378 tons of gold had been brought home from New York, London and Paris, where it had been stashed for many decades to avoid it falling into the hands of the Soviet Union during the Cold War.

In a recent shipment, some 374 tons of the metal, 11 percent of the German stock, left the vaults at the Bank of France, while 300 tons had been removed from the Federal Reserve in New York to the Bundesbank vaults in Frankfurt, board member Carl-Ludwig Thiele told journalists.

"We've checked every ingot against authenticity, fineness and weight. We have nothing to complain about," Thiele said, adding that the secret shipments were finished three years ahead of schedule and at a cost of some 7.7 million euros ($9.1 million). Under the gold repatriation plan announced in 2013, Germany originally envisaged bringing home half of its reserves by 2020.

New York was a favored location as home of the world's most vital currency, the US dollar, while London's deep gold market could allow the metal to be quickly converted into cash in an emergency.

Read more: 10 years on, what might cause the next financial crisis?

The share of Germany's cache in France was built up during the decades of the country's post-World War Two economic miracle, when the Bundesbank converted the country's trade surpluses with its neighbor into gold stored in the Parisian vaults of the Banque de France.

But in the wake of the US subprime crisis and the emergence of the eurozone debt crisis in 2012, euroskeptic voices in Germany began pressing for an audit of the precious metal kept abroad.

They had suspected the gold might have been tampered with, lent out or sold off. The Bundesbank responded to the calls for greater transparency by agreeing to bring a larger share home. On Wednesday, the central bank said that further repatriations were not planned.

The EU could tighten visa requirements for Gambians following Banjul's refusal to accept deportees from Germany. Experts say Gambia's decision to reject its citizens could have wider consequences.