With much of its gold reserves deposited abroad, Germany has long depended on foreign countries to secure its precious metals. Now, Berlin is moving some of its reserves from New York and Paris back home to Frankfurt. 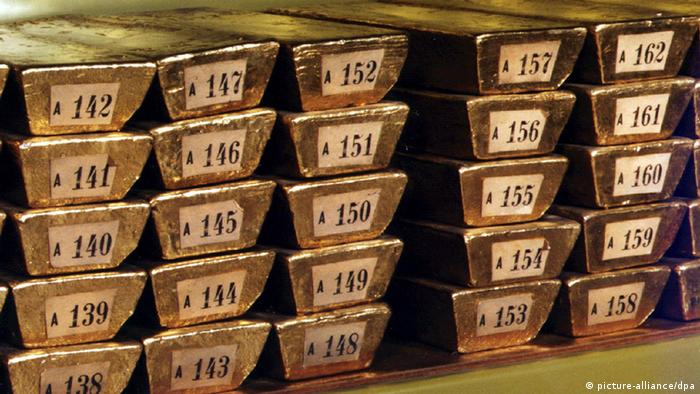 Germany's gold reserves are massive, second only to those of the United States in their quantity. They total some 3,400 tons, much of it acquired during the so-called “economic miracle,” when Germany was rebuilding after the Second World War. Around a third of the country's reserves are in Frankfurt, while the rest is deposited in France, Great Britain and the United States. But the German Central Bank, under pressure from the public, wants to start bringing much of those reserves back home.

In 1951, the Bank of the German States – the forerunner of the German Central Bank – purchased its first 500 kilograms of gold as security against a potential currency crisis. More than 60 years later, the current value of Germany's gold reserves totals 140 billion euros ($186 billion) – an incomprehensible sum to the normal person. That's why the issue is being followed by the public with such interest, with Germans debating whether the gold reserves should be sold, because they don't gain interest, or should be kept for hard times. 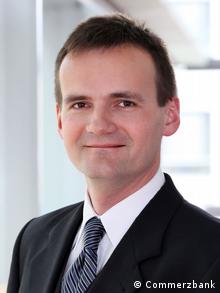 Although the value of Germany's gold reserves may be impressive at first, they play only a minor role in terms of the country's finances, according to Carsten Fritsch of Commerzbank.

“140 billion euros is not much at all when one considers that Germany's sovereign debt totals some five trillion euros,” Fritsch told DW. “But the gold reserves have a high symbolic value, because gold is considered a stable investment - an alternative currency - that has won more and more acceptance worldwide in recent years.”

And it's not just the central banks of industrial and emerging economies that are interested in gold, according to Fritsch. The German people alone privately own an estimated 7,500 tons of gold – double the amount of the German Central Bank.

During the height of the Cold War in the 1950s and 1960s, West Germany feared an invasion by the Soviet Union. In order to ensure that its gold would not fall into enemy hands, the West German government divided its reserves among the Allied powers. Some 374 tons of gold were deposited in Paris, 450 tons went to London, and 1,500 tons were sent to New York City.

There has been an ongoing discussion about how Germany's gold reserves should be stored, and whether or not they even exist at all. Fritsch said that the German Central Bank, “with its lack of transparency,” is partially responsible for the spread of these conspiracy theories. If the Central Bank had regularly done its own inventory of its gold reserves, then it would have been able to take the wind out of the sails of the conspiracy theorist, according to Fritsch.

“In this way, the partial repatriation of Germany's gold reserves will help cool down the debate,” he said.

Carl-Ludwig Thiele, who sits on the German Central Bank's board of directors, said that he was able to personally access Germany's gold reserves deposited abroad. He tried to assure the German public that the gold reserves are safe and accounted for.

“Everywhere we were welcomed with open arms,” Thiele told a press conference in Frankfurt. “We were shown the inventory lists and inspected individual gold bars, which were then crosschecked with those lists.”

Now that the Cold War is over, Germany no longer has to store its gold reserves abroad to ensure their safety in the event of a Soviet invasion. Nonetheless, depositing reserves abroad still serves two important purposes, according to Thiele. 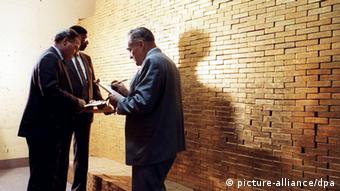 “It builds domestic confidence and also give us the option – in the event of a crisis – to quickly exchange the gold for foreign currencies,” he said.

But Fritsch of Commerzbank does not find Thiele's argument convincing.

“In a crisis, gold is the currency that counts,” he said. “It doesn't make sense to me that you sell the reserves.”

Paris deposits to be brought home

The Central Bank plans to transport all of its gold deposited in Paris back to Germany by 2020. Thiele said that since France and Germany share a common currency, it no longer matters whether the reserves are in Frankfurt or Paris.

But he said that it remains important to keep some of Germany's gold reserves in countries that have strong foreign currencies like the pound and the dollar. That's why deposits will remain in London and New York City, although the Central Bank does plan to move 300 tons of gold from the US back to Germany. The Central Bank would not comment on when the gold would be moved and how it would be transported – for security reasons.

About half of Germany's gold reserves are stored in the United States, but it's been so long since they were allowed in to see it, that some German politicians are asking whether it is still there. (16.11.2012)

Much of Germany's gold reserves are stored abroad, in vaults in the US, Britain and France. No one has actually seen the gold bars for a long time - which has prompted German federal auditors to call for a look. (26.10.2012)

Turkey is profiting from sanctions aimed at reducing trade with Iran by trading gold for Iranian natural gas and oil. The deal is a political risk and has raised eyebrows in Washington and Europe. (03.12.2012)