The Netherlands backs out of hosting 2019 European Games

Dutch authorities have declined to host the Europe-wide sports competition, saying it would cost too much, only weeks after their bid was accepted. The inaugural 2015 Games are set to open on Friday in Baku, Azerbaijan. 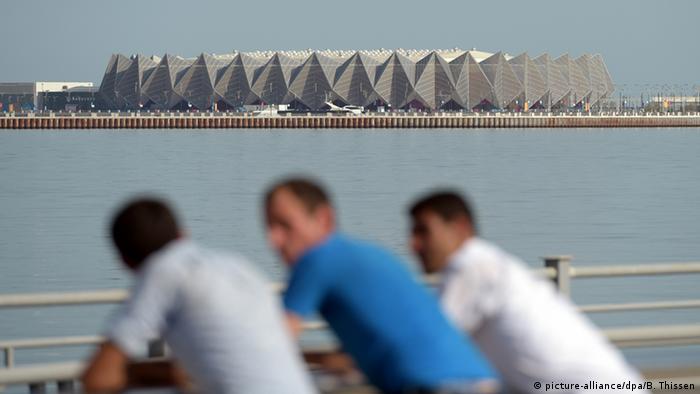 In a surprise move Wednesday, the Dutch government dropped its successful bid to host the 2019 European Games, saying there was no guarantee it would draw enough high quality athletes.

"The risks for the authorities involved are too big when it comes to covering financial setbacks," officials said in a statement.

The national and regional governments in the Netherlands were unable to earmark the money which the Dutch Olympic Committee asked for, according to Sports Minister Edith Schippers.

"The sum requested of 57.5 million euros ($65.02 million) for the 2019 European Games is, in this time of scarcity, a burden on the resources that the authorities have at their disposal," she said in a letter to the parliament.

The country was only awarded the Games less then a month ago. Although six candidates were interested in hosting the 2019 sport manifestation, according to European officials, the Dutch bid was the only serious one remaining.

The Dutch Olympic Committee said it was "a great missed opportunity for the Netherlands."

The Dutch move could be a serious blow to the nascent new competition, which is struggling to establish itself against other major sports tournaments.

Chairman of European Olympic Committees Patrick Hickey called the news "disappointing," while also thanking the Dutch for showing interest. In his statement, Hickey pointed to the inaugural 2015 Games which are set to start in Azerbaijan on Friday.

"I have no doubt that we will be able to present a strong host for the 2019 European Games, but right now our focus remains on ensuring this inaugural edition is the best possible launch pad for Europe's first continental Game."

Some 6,000 athletes from 50 European Committees are expected to compete in the oil-rich country, which has spent hundreds of millions of dollars building new venues and refurbishing older ones, after being awarded the Games in late 2012.

While Baku authorities hope that the large event would strengthen their 2022 Winter Olympic bid, some activists plan to use them as an opportunity to draw the world's attention to the country's controversial human rights record.

Also on Wednesday, Amnesty International accused the authorities in the ex-Soviet republic of barring activists from visiting Baku.

"The legacy of these games will be to further encourage repressive authorities around the world to view major international sporting events as a ticket to international prestige and respectability," said Denis Krivosheev, Amnesty's deputy director for Europe and Central Asia.

Azerbaijan will also host its inaugural Formula One race in 2016, a street race around Baku.