All of Germany is struggling to contain the impact of COVID. Well, not quite all of Germany: One small village has been holding out, without a single case since the pandemic started. What's behind the success? 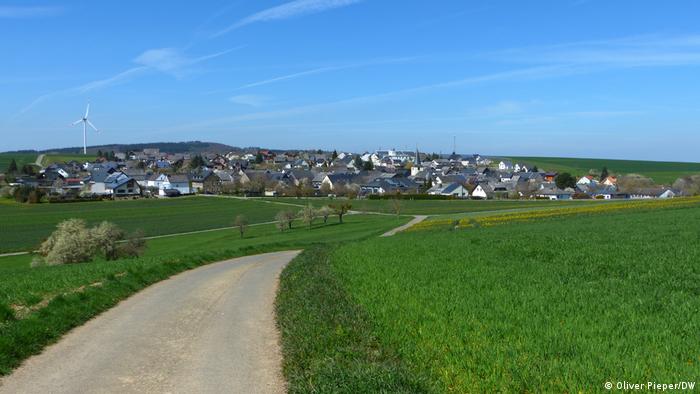 The idyllic village of Lieg has remained COVID free so far

Lieg, population 400, lies in a picturesque region of Germany's western state of Rhineland-Palatinate. Just six kilometers east of the beautiful Moselle River, it hosts plenty of lovingly restored half-timber houses, the voluntary fire service that is found in most small settlements across Germany, a school, and — at the heart of the village — an eye-catching church.

The inhabitants of this village find themselves at the center of a story so incredible that people are talking about "the miracle of Lieg." Since the beginning of the pandemic, 3.25 million people across Germany have been infected with COVID-19 and in most parts of the country, high incidence rates have led to strict shutdowns and curfews.

In Lieg, meanwhile, the number of new infections is currently zero. Since the start of the pandemic, for 14 months now, it has registered not a single case of COVID-19. It's as if the virus runs up against an imaginary glass wall when it reaches the boundary of the village. Heinz Zilles, the local mayor, is as amazed as everyone else: "We've been unbelievably lucky until now. Of course, there are no guarantees, but maybe somewhere up there in the heavens there is a guardian angel watching over us."

The 'miracle of Lieg' — media hype?

Zilles has been taking telephone calls nonstop for the past two weeks, since the local newspaper broke the story. The 57-year-old quickly realized that he was going to be faced with a huge surge in media interest. And of course, everybody wants to know what Lieg is getting right. So what is the magic formula?

"Amid all the shocking reports that we hear, our story sends a positive message,"  says Heinz Zilles.

"There's a lot of real community spirit in our village, a lot of people involved in voluntary work. People putting their hands up, and getting things done. We're members of 'team Lieg,' and we all do what we can," says Zilles. 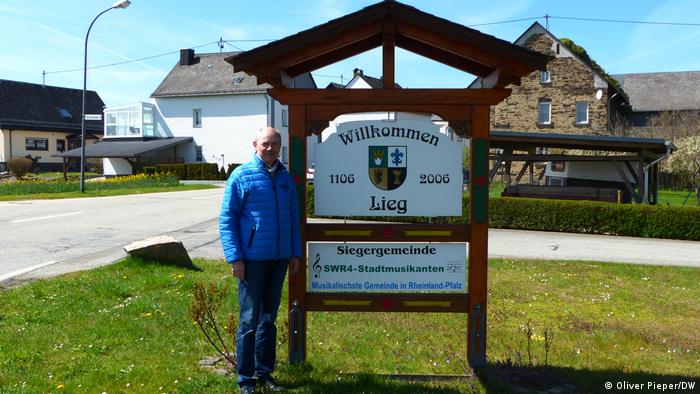 Young people in the village got together and created a "young for old" shopping service. Another team visits senior citizens — always with a small present at hand. And parents have been collecting money to buy air filters for the village school.

"There are things that politicians promise, but don't deliver on. And that's where we come in," says the mayor with a palpable sense of pride. He goes on to say that they're providing a blueprint for what is typical in many similar small communities throughout the country: People know each other and look after each other. And that is quite possibly what lies behind our zero-infection rate. Nobody, he adds, is naive enough to believe that the virus isn't out there.

"There are no coronavirus skeptics in Lieg. Not one," believes Zilles: "People stick to the rules; they're sensible, disciplined. And they accept that what we're up against is a global phenomenon with huge reach."

The fact that there have been no COVID-19 infections in Lieg is all the more remarkable given that 90% of the people in the village commute to work. Taking a cue from the wisdom of soccer, they play with a tight defense — and don't concede any goals. That's the game plan in Lieg.

Continuing the sports metaphor, Heinz Zilles is playing a cautious game in which he hopes everybody will be a winner: "This is not a me-or-you situation — God forbid! And of course, there's always the risk of losing our zero."

"In that case, we would all know that there was nobody to blame. We'd all have done our best." 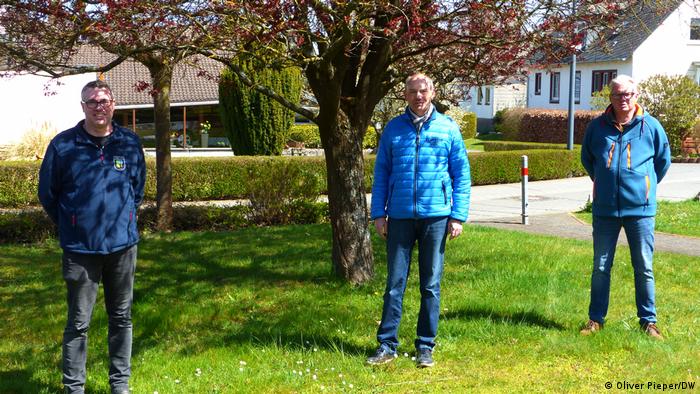 Martin Weil could point to his village's zero-infection rate to win future business for the four holiday apartments that he rents out. Not that this would help right now, with the strict restrictions at play across the country.

Under ordinary circumstances, the homes would be booked out. His "Landhof Lieg" is popular for walking tours. There are Icelandic horses to ride; and there is what is often called Germany's most beautiful hanging rope bridge. But the problem is that since November, coronavirus restrictions have put the tourist trade on hold. The proud zero-infection figure doesn't make a difference on that front. 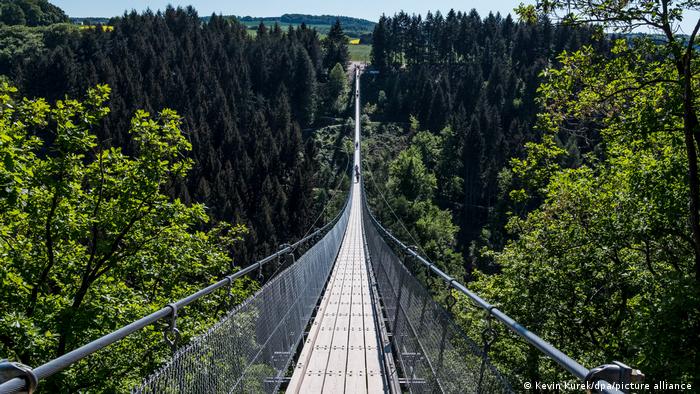 At 360 meters (1,180 feet) long, the hanging bridge in Geierlay near Lieg is Germany's longest

"I really can't make up my mind. On the one hand, holiday apartments are ideal because they reduce contact and keep people apart. But the question is also: do we really want people from regions with high infection rates to be taking their holidays here?"

One factor in the "miracle of Lieg" is that nobody wants to be the first person in the village to contract the virus. This also applies to Martin Weil. He has received bridge financing to keep his business alive during the pandemic. But the future remains uncertain. There is, perhaps a silver lining: "Maybe people will remember, and that might help attract new guests."

Just a stone's throw from Martin Weil's holiday apartments is a small community center called Hunsrück Hall. It is the focus of the latest effort to make sure that zero remains zero. Each Saturday afternoon, the hall is turned into a test center for the residents of Lieg. When it was opened last weekend, 80 people across all age groups showed up. They had their results within just a few minutes — all were negative.

The initiative has been organized by the voluntary firefighting unit, in the person of chief firefighter Daniel Platten.

"When people heard what we were planning, the response was entirely positive. Nobody said they wouldn't be taking part. On the contrary: people are happy to have a test center close by," says Platten. Every weekend, eight firefighters work side-by-side with the Red Cross to ensure that the inspiring story of Lieg can be continued.

After months of moving slowly, Germany's COVID vaccination program has picked up speed. Chancellor Angela Merkel and the 16 premiers of Germany's states are meeting on Monday to discuss the next steps.

Cycling along the Moselle