The Macedonian village that has become a people-smuggling hub | Europe| News and current affairs from around the continent | DW | 08.02.2016

The Macedonian village that has become a people-smuggling hub

Smugglers in the Balkans are doing a roaring trade. The village of Lojane in Macedonia is a good example of how the complex networks of smugglers, helpers and corrupt police work, DW's Nemanja Rujevic writes. 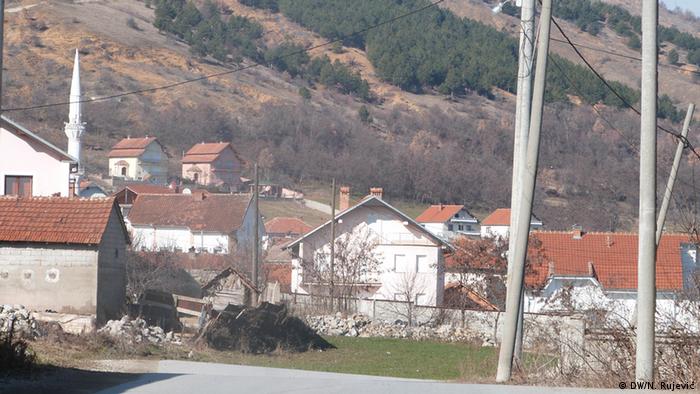 The small village of Lojane doesn't have a sign bearing its name. The center of town here is at the crossing of the only two sealed roads in the area, and is marked by one shop and two teahouses. Towering above everything is the ivory-colored minaret of the local mosque. The only thing that breaks the silence is the crow of a rooster, keen to show his manliness.

"There's nothing to do here," a strongly built man tells DW as he waits outside one of the teahouses. That's perhaps one of the reasons why this village - situated close to the Macedonia-Serbia border - has become a center for smuggling, he says. Illegal migrants are brought here to stay the night before they are ferried on to western Europe. Here, a bed for the night costs 10 euros ($11.14) - or you can sleep in a stable for half that price.

"Look, it is not how the media describes it," the man adds. "At the moment we just have a few Moroccans, and that's about it."

"The people that offer their place for overnight stays do it because otherwise they wouldn't have anything to eat," he said. "The crop this year was hopeless because of the drought."

You don't have to be too observant to notice that the whole area here is very poor and receives little attention from the authorities. The houses are simple and the unsealed streets are so muddy you often need a tractor to get around. Only Albanians live here, as is the case on the other side of the Serbian border, too. You do see the occasional shiny BMW or Audi, and there are large, kitsch villas gleaming on some of the hills. But this wealth does not come from doing business in Lojane - it originates from Switzerland, Austria or Germany. Around 40 percent of the 3,000 inhabitants of Lojane work somewhere else in Europe.

"My brother is also in Switzerland," said Selami Memeti, who heads the local village community. He answers the phone with a greeting in German, but that's all he can manage before he reverts back to Albanian.

"I swear it: The people here in the Balkans are much smarter than people in the West," Memeti says. "But in the West they are better organized and like to work. We just like racketeering."

The powerbrokers in the Macedonian capital, Skopje, steal from the population, Memeti said. That's why his neighbors here in the north of the country are so poor, he says. Dozens of them are now in jail because they looked after migrants or helped them across the border.

"I understand that this should be illegal," Memeti said. "But it is the common folk who are arrested, while high-level, organized crime just continues." 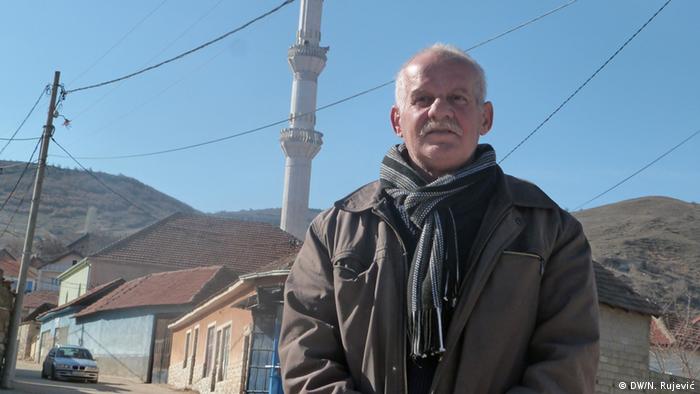 Selami Memeti is the "village boss"

The big bosses behind smuggling in this area are not Albanians, Memeti said. They come from the same countries as the refugees themselves. It is a claim that is backed up by those at the Greek-Macedonian border too. They speak of a network that stretches from Thessaloniki to Scandinavia. A stream of migrants has been passing through Lojane for the last 10 years. It started when Afghans started to make their way through. Things in the town then reached a climax a few months back, when Serbia was still in official control of the border and the path through the Balkans was not yet as well-trodden as it is now.

"We had over 1,000 migrants here," Memeti said. "They were walking around the village freely and hanging out in the teahouses. The locals never had a problem with them, but they were constantly fighting with each other and with the people smugglers. There were knife fights and bad injuries."

Authorities appear to be doing little to solve the problem. Most of the time, they leave the people smugglers and the illegal migrants who have made it into the country in peace. The "Vecer" newspaper - one of Macedonia's most widely read - wrote recently of the migrants passing through the country: "They are like ghosts, like invisible beings. The authorities know that they are there, but don't want to admit it publicly."

A government insider who doesn't want to be named told DW that a number of leading politicians and top-ranking police officers were involved in smuggling.

"Raids in villages like Lojane are very rare and only happen after a report in the Western media," the man says. "Macedonia tries to appear serious about fighting the people smugglers when speaking to the EU."

It is widely known that locals assisting the people smugglers often receive their money via direct bank transfer, he said, but no-one does anything about it. According to him, the same thing happens in Greece or Serbia - he says the people-smuggling route is only possible at all because of these "countries with a fragile democracy."

Since November, business has been booming: Syrians, Iraqis and Afghans are let through at the borders of Macedonia and other countries on the way to Western Europe, while others - those deemed "economic migrants" by EU countries - have a harder task. That means that people from North Africa, Pakistan and elsewhere have only two ways of getting through. They either need to get fake travel documents in Athens, or try to move between countries at uncontrolled parts of the various borders - with or without the help of a smuggler.

Smugglers look for potential customers in refugee camps or at gas stations in Greece: places where the travelers wait. They often tell their potential clients about the supposed brutality of local police in Macedonia. 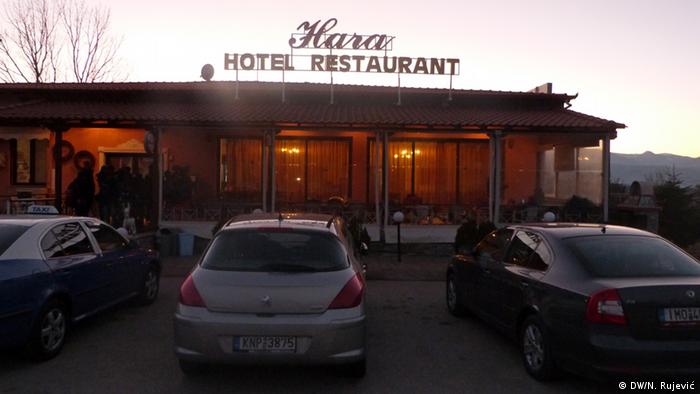 "Actually, the police are pretty okay," said a young Algerian man who was traveling with a large group of his countrymen. "When they see us, they just say: 'Stop, police, no problem.' And then they throw us out."

"They have got us three times," he said. He has already received many offers from smugglers but wants to try to get through himself. They offer to transport him through Macedonia for 800 euros. But for the moment, he wants to try his luck himself. If it doesn't work out, he might use a smuggler, he says.

Worried about their daughters

A call to prayer rang out from the mosque in Lojane, but no one in the teahouse moved. It seems religion isn't a big deal here. Community leader Selami Memeti lights up another cigarette and throws the empty packet on the table. His yellowing moustache gives him away as a chain-smoker.

"The migrants stay here a day, a week or sometimes longer - but in the end every one of them manages to get through somehow," he said. "The police accept bribes. That is completely normal here and in Serbia."

Memeti has heard of Hungary's donation to Macedonia of barbed wire, which is now being set up along the border with Greece. He believes that his country could seal up its borders completely if told to do so by Brussels. If this happened, though, Memeti fears the illegal flow of migrants would intensify. "Then it would be full here."

That means that the residents of Lojane will have to buy more mattresses to help house their guests. Despite the possible income this could bring to the region, it's something that Memeti would like to avoid: "Who knows how long it has been since these people washed, and whether they are carrying diseases. And we are also worried about our daughters."