When he pinned his 95 theses to the door of the church in Wittenberg 500 years ago, Martin Luther didn't just spark a church reformation, but a global movement. An exhibition in Berlin examines his wider impact.

The museum in Berlin's Martin-Gropius-Bau promises global time travel across five centuries and four continents. Half a millennium after Martin Luther nailed his 95 theses to the door of the church in Wittenberg on October 31, 1517, the German Historical Museum explores the impact of Protestantism.

How has Protestantism affected other denominations and religions? How have people from different cultures adopted Protestant teachings? And which conflicts have arisen?

Germany, Sweden, the US, Korea and Tanzania are the five countries the exhibition takes a closer look at with numerous examples. The conclusion is not hard to guess: The Reformation has dramatically impacted modern culture everywhere - from theology and law to business ethics and the humanities. From the Thuringian town of Wittenberg, Protestantism has reached the farthest corners of the globe.

Spanning 3,000 square meters (over 32,000 square feet), the exhibition incorporates more than 500 objects, including rare works of art and everyday historical artifacts. It makes use of multimedia methods of presentation that Luther could hardly have imagined in his day - which paralleled the advent of the printing press.

Many religious reforms have been undertaken since the 16th century, but prior to Luther far less people took part in church conflicts. The front line didn't just run cleanly between reform supporters and opponents. Over time, various Christian interpretations solidified into denominations, including Lutherans, Baptists, Anglicans, Protestants, and others. 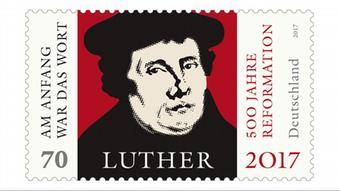 Influenced by the Lutheran Reformation, Sweden's King Gustav Wasa renounced Rome in 1527. The Uppsala Synod in 1593 made Luther's Protestantism binding for the country, and Sweden established a Lutheran state church.

Seeing itself as a protector of Lutheranism, the Swedish military promptly stormed the battle fields of Europe and asserted its position of power.

The US: The modern-day Promised Land?

Pioneers from Europe brought Protestantism to the British colony in North America that would later become the United States. There, it continues to take many forms, though unlike in many European countries, there is no state church.

Revival preachers gave Protestantism its voice, and from the 18th century various Great Awakenings led to the development of numerous denominations, including the Baptists, Methodists and Pentecostals.

"Protestantism contributed largely to the development of the American nation and its self-image," say the exhibition organizers in Berlin. "It impacted the idea of America as the Promised Land and of the Americans at the Chosen People." 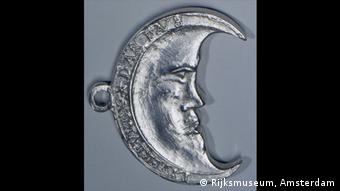 From the exhibition, the pendant reads "Better a Turk than a papist"

Missionaries in Tanzania and beyond

In the East African country of Tanzania, Protestantism is also on the rise, as the exhibition shows. With over six million members and 24 dioceses, the Evangelical-Lutheran Church in Tanzania is the largest Lutheran church in Africa and the second largest in the world.

Its origins can be traced back to German, Scandinavian and American missionaries who were active in what used to be part of a German colony.

In addition, the Moravian Church, the Anglican Church and the charismatic movement are also significant Protestant groups in Tanzania. These days, Tanzanian missionaries work across the African continent, seeing themselves as representatives of original Lutheran ideals.

Today, South Korea is the only East Asian country with a large Protestant population. Nearly 30 percent of South Koreans identify as Christians. Nearly two-thirds of those are Protestants and the group is growing. The first Protestant missionaries came to Korea towards the end of the 19th century.

This is just some of what awaits visitors to "The Luther Effect" exhibition at the German Historical Museum in Berlin. Marking the 500th anniversary of Luther's theses, other major German exhibitions are slated to take place in the cities that played a major role in Luther's life, Eisenach and Wittenberg.

The Los Angeles County Museum of Art has opened a show on German art from the 16th century. The exhibition brings art from the European Renaissance to California. (21.11.2016)