While the Muslim Uighurs are increasingly being persecuted, the largest Chinese-Muslim minority, the Hui, are under less scrutiny and thriving as a religious community. DW examines the reasons behind this phenomenon. Walking through the Muslim quarter of Xi'an is a fascinating venture into a hodge-podge of cultures. The smell of lamb skewers and hot spices wafts through the crowded streets. Chinese-looking women in headscarfs stretch noodles, while an old man with a white prayer hat stands in front of a mosque with a distinctly Chinese arched roof.

This is the home of the Xi'an Hui Muslim people, where Islam was introduced to China for the first time in the 7th century. China's Muslim population now numbers 23 million, of which over 10 million are estimated to be Hui, and a little under 10 million Uighur.

While their fellow Muslim Uighurs in the Xingjiang Uighur Autonomous Region are experiencing severe restrictions on their religious freedoms, the Hui mostly practice their faith openly, and in certain areas are enjoying a resurgence in their religious participation. The reason for their success has to do with centuries of remarkable assimilation, while also maintaining their identity.

A history of assimilation

Historically, the Hui people are descendants of Persian, Arab and Mongol merchants on the Silk Road, who came to China over 1,200 years ago. Since then, intermarriages with the Han Chinese have meant that the Hui became ethnically mixed and spread across the country. 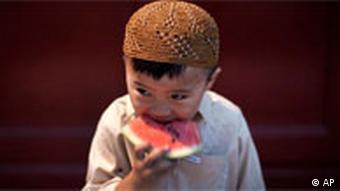 Hui Muslims were allowed to practice Ramadan, while Uighurs were not

Over the centuries, the Han and Hui have lived relatively peacefully next to and with each other. The Hui took the path of assimilation, speak Mandarin and adapted their religious traditions to the local customs.

One of the most visual examples of this is the great mosque of Xi'an, said to be one of the largest and oldest in China. The place of worship is built up of multiple courtyards and sports arches and tiled roofs that clearly show influences of traditional Chinese architecture.

While some Hui now live a life culturally and religiously indistinguishable from Han Chinese in first-tier cities such as Shanghai or Beijing, many cities in China have a significant Hui Muslim minority population with close-knit communities, especially in the northern provinces of Ningxia, Gangsu or Quinghai. Traditionally traders, many Hui people are also economically successful today, and according to estimates, their religious participation is growing.

Dru Gladney, professor at Pomona College in California and leading scholar on the Hui people, estimates that today there are twice as many mosques in China as there were in 1950, of which a majority were built by Hui Muslims. "The amount of practising Muslims among the Hui is rising," Gladney told DW. "For example, there is a dramatic increase in the number of Hui women wearing the Hijab."  Gladley adds that "the numbers of Hui going on the Haj are going up constantly."

Residents of China's Muslim-majority Xinjiang region must provide DNA samples when applying for travel documents, according to new rules. Local authorities have also put restrictions on fasting during Ramadan. (08.06.2016)

What is driving the Uighur Muslims to increasingly join the ranks of the Taliban and al Qaeda in Afghanistan? Analyst Siegfried O. Wolf tells DW why the Uighur issue has expanded far beyond China's borders. (24.07.2015)

One of the reasons for this is the increased communication with other Muslim groups and the ensuing influence of outside Islam – either through Hui scholars returning from the Haj or from increased business relationships with the Middle East.

Trade between China and the Middle East is growing ever more important for the communist country. As a measure to attract Arab business, Yinchuan, the capital city of Ningxia and one of the Hui hubs, has gotten a makeover. Construction of a new $3.7 billion Islamic theme park called World Muslim City is underway, and Arabic lettering has been added to the city's street signs.

Haiyun Ma, a Hui scholar at Frostberg University takes a critical position with regard to the Chinese government's perceived friendliness toward the Hui. She told DW that it is more of a sign of "business interest, not of religious tolerance."

On the business side, Hui Muslims do play a role as middlemen in trade between the Middle East and China. Because of their knowledge of Arabic, numerous Hui people are working in Dubai, and for Middle Eastern businesses in China.

Keeping out of politics

Another reason for the Hui's relative freedom are the characteristics that distinguish them from the Uighurs. The second-largest Muslim minority is ethnically distinct, and does not speak Mandarin as a first language. Most importantly, they have a homeland that they wish to claim.

The majority of Uighurs live in the far-western province of Xinjiang. Many of the ethno-religious group seek independence from China, and the Uighurs as such are oppressed for it. During this year's Ramadan, they were forced to break fast and parts of their community were not allowed to attend prayers or travel. Most recently, all citizens of Xinjiang were ordered to hand in their passports. 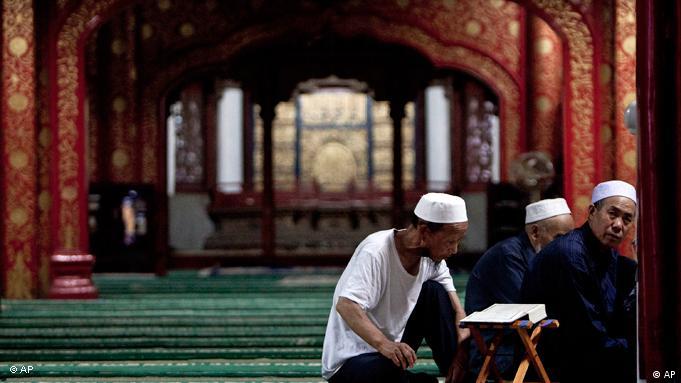 Many big cities like Beijing, pictured here, house a minority of Hui Muslims

But the Hui, partly also due to their diversity and geographic diaspora, and partly because of their cultural closeness to Han Chinese, have no political aspirations of independence, Gladney said.

This does not mean that the Han and Hui have always got along well. The Dungan revolt in the 1860s and 1870s saw an uprising of Muslim and Hui people against the Han. The Hui were also oppressed by the government during the Cultural Revolution, along with most religious and ethnic minorities. In 1975, hundreds of Hui were killed when a separatist movement was suppressed by the People's Liberation Army in the southern town of Shadian.

While friendliness toward outside Muslims with business intentions is mounting, and numbers suggest that religious activities are on the rise, the Hui may have to be on the watch out for another shift in China.

"In the last few years, it has become increasingly difficult for Hui Muslims in provinces such as Ningxia to apply for passports, and religious education has been restricted," the Hui scholar Ma observed. "The control and mounting nationalism of the Chinese government are a threat to the Hui."