Political debate in Germany these days focuses on matters concerning the ESM and the fiscal compact. A small party from southern Germany wants to benefit - and is pulling out all the stops to win over "the people". 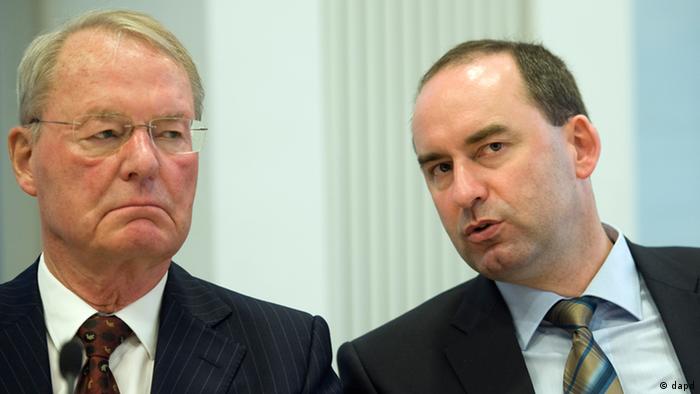 Just days ahead of expected German parliamentary approval of the permanent bailout fund, ESM, a network of euroskeptics gathered in Berlin to stir up resentment, with Hubert Aiwanger at the forefront:

"A party with a good dose of common sense must enter the Bundestag - that's the Free Voters."

"In an interim period, the ESM treaty only serves to better squeeze every last drop out of Germany and mobilize even more taxes. When that's accomplished, the treaty will disappear into thin air."

Aiwanger heads the Free Voters, a group of citizens who participate in elections without being a registered political party. In Bavarian state polls in 2008, the Free Voters entered parliament with a respectable 10.2 percent of the vote. The majority of the votes came from disgruntled supporters of the state's ruling Christian Social Union (CSU) in rural areas.

Now, Aiwanger wants to have a say at the federal level, too: The group announced it intends to campaign for seats in the German Bundestag in national elections in September 2013. Aware that it is difficult for a small Bavarian party active mainly at the local and state level to "go federal", Aiwanger found outside support and founded a coalition of euroskeptics.

One of the alliance's leading members is former manager, lobbyist and writer Hans-Olaf Henkel, who warned Europe would "go to rack and ruin" as a result of the wrong euro policies. It's wrong, Henkel said, to pay other states' debts; the ESM merely supports the construction of a European centralized state at the cost of Germany's taxpayers.

Aiwanger and Henkel announced their plans at a news conference in Berlin earlier this week in best populist style alongside representatives of Germany's nobility and a grandson of former Chancellor Konrad Adenauer. In the name of "common sense" they railed against the political elite who, they say, harm the country and its citizens. As an alternative to the government's bailout plans Instead, they proposed a radical free market approach in which states in debt should not be threatened with sanctions but with being kicked out of the eurozone, The ESM, they say, should not save countries, but financial systems. The group quoted surveys that found a majority of Germans opposed to present bailout policies. 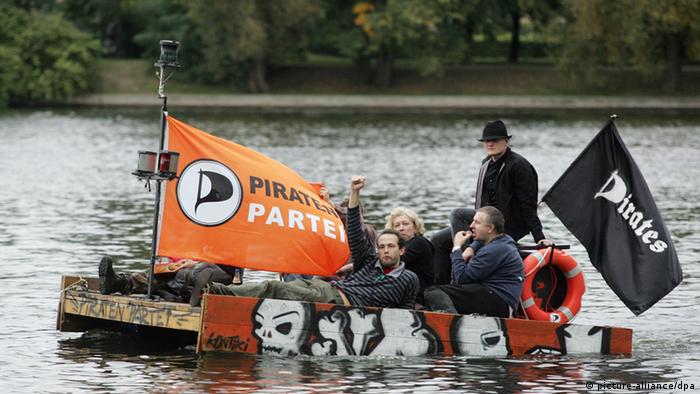 These newcomers have made a splash: the Pirate Party

But other polls paint a different picture. "The majority of Germans is content with Chancellor Angela Merkel and her euro management," says Forsa's Peter Matuschek. His colleague Richard Hilmer at Infratest dimap confirms the trend that "Germans want to stay in the eurozone" and feel they are "in good hands with Merkel and Finance Minister Schäuble, mostly because the two have been steering a cautious anti-eurobond course; that is, opposing mutualizing the bloc's sovereign debts." But the pollsters warn that the atmosphere could quickly change, if the euro crisis comes to a head.

But even if their anti-ESM course isn't very promising, there may be yet another option open to Henkel, Aiwanger and their supporters. There are rightwing populist parties in almost all of Europe, some of them even represented in state parliaments. In Germany, however, such movements have not been successful. Henkel's name has been mentioned in connection with a possible German anti-Merkel version of the Tea-Party movement in the US.

In Germany, it is difficult to assert oneself as a rightwing force while still marking the boundaries to a rightwing radical party, Peter Matuschek told DW. The group also needs a leading figure, he added - Hubert Aiwanger is a local Bavarian politician and Hans-Olaf Henkel is not much good as a figure people could identify with.

Competition from the Pirates

Most of the Free Voters' 3.000 members nationwide don't lean very far to the right but are rather liberal, according to Richard Hilmer of the Infratest dimap institute. And there are parties in Germany that appeal to that very segment of society, in particular the newly-established Pirate Parety that lets Aiwanger's ranks look dowdy. In addition, the pollster said, the Free Voters lack political profile in labor and social issues - a problem in a nationwide election campaign.

While the Pirate Party also lacks a profile on many issues, it is successful, pollster Matuschek told DW. "The Pirates are a kind of object of projection for disgruntled citizens," he said. The party has built up a platform of stable nationwide support of between five and 10 percent. "There aren't any more malcontents in Germany that have not already committed to the Pirates," Matuschek said.

The Up and Coming Pirate Party

Popular in the East - obsolete in the West?

Germany's socialist Left party won about 12 percent of the vote at the last national election in 2009. Since then, the party has seen a series of setbacks, and there are a number of reasons. (02.06.2012)

The party of Chancellor Angela Merkel suffered a devastating blow in the North Rhine-Westphalia state elections. But that wasn't the only surprise of the evening. (14.05.2012)