The ex-gangster in Berlin who hid his Jewish identity

The movie "Wet Dog," set in a largely Muslim Berlin neighborhood, looks into how religious identity can ruin friendships. The film modernizes events that happened 20 years ago — and that's not a coincidence. 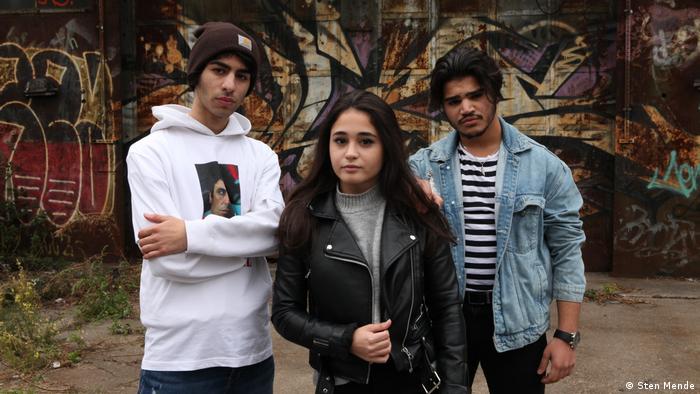 Fifteen-year-old Soheil has until now managed to hide his Jewish identity from his friends. His family comes from Iran, so he looks just like the other kids from migrant families in his largely Muslim Berlin neighborhood of Wedding. Yet one day, a schoolmate happens to show up at his parents' tailoring shop, and she finds out the truth about his religious background. "This needs to stay our secret," pleads the young Soheil to Selma.

Doguhan Kabadayi and Derya Dilber, the actors playing the two young teens, had just shot this scene for the upcoming film Nasser Hund ("Wet Dog") the day that the press was invited to talk with the production team. Directed by Damir Lukacevic and produced by Carte Blanche International and Warner Brothers Germany, the movie will be released at an undetermined date in 2020.

The story is based on the autobiography Ein Nasser Hund ist besser als ein trockener Jude ("A Wet Dog is Better than a Dry Jew")by Arye Sharuz Shalicar, who spent his teenage years trying to find acceptance among Wedding gangsters, but finally left Germany for Israel to freely express his identity as a Jew. "For the Germans, I was a dirtyTurk, for the Muslims a Jew, for the Jews a young criminal from Wedding," states the book blurb. After leaving behind the graffiti and hip-hop scene, Shalicar later became an Israeli army commander.

Wet dog: A metaphor for anti-Semitism

The provocative title of the book is based on an anti-Semitic Iranian saying, according to which soggy dogs find more acceptance than Jews. It won't be used in its entirety for the film, however: "It's a frightening title in our [German] culture, because its allusions set off our inner alarms," says film producer Stephan Wagner. Even though provocation can be an effective marketing strategy, the production decided to stick to the first part of the title "to keep a reference to the story, but without going into complete polarization," he adds.

The persecution of Persian Jews has led many of them to flee Iran, but the recent attack on a synagogue in Halle provided a brutal reminder that anti-Semitism is still present — and deadly — in Germany, too. 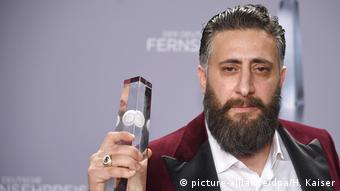 Actor Kida Khodr Ramadan, who plays the role of Soheil's father in the film and who's best known as the clan leader in the hit German TV series 4 Blocks, says he's troubled by the way anti-Semitism is currently being expressed more openly among youths.

Born in 1976 in Lebanon, Ramadan grew up in Kreuzberg, which, like Wedding, is also a former West Berlin district with a strong migrant population. He says that anti-Semitism wasn't as big an issue when he was in school. Muslims and Jews shared the practice of male circumcision and both had religious festivities outside the German norm. "It was the same attitude," the actor recalls.

He suspects that social media is fueling hatred and hopes that this film might help change attitudes: "Even if we only manage to change the opinion of one person among 100,000, I'll be proud to having contributed to that."

Though his family didn't come to Germany because of the war, Croatian-born director Damir Lukacevic says witnessing the ethnic conflicts that erupted in the former Yugoslavia made him sensitive to stories related to identity, and to "how from one day to the next, people are declared enemies even though nothing about them has changed." 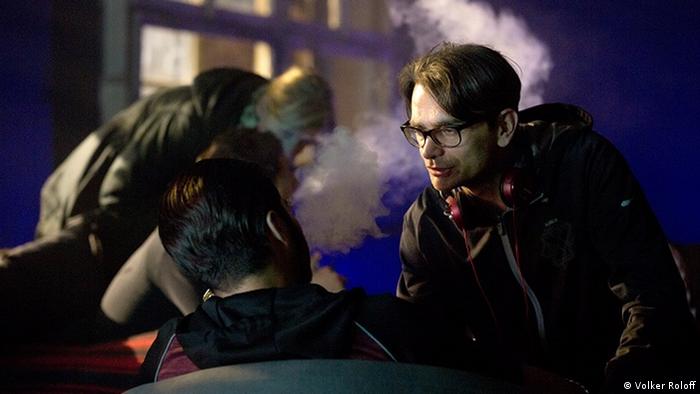 Damir Lukacevic on the film set of 'Wet Dog'

"The question at the core of the film is that a person's origins and past might matter more than friendship," says the filmmaker.

In the film, Soheil's friend Husseyn turns against him as soon as his Jewish identity is revealed. Mohammad Eliraqui, a first-time actor who makes his screen debut as Husseyn, could also personally relate to the story: His family fled Lebanon when he was 9 years old. As Palestinian refugees, they landed in a small town north of Berlin, Neubrandenburg, where he experienced discrimination and physical assault. They later moved to Berlin's Neukölln neighborhood, which he describes as his true home — even though he, too, had to deal with gangs. He was able to draw on these personal, recent street experiences for the film project.

In the words of real Berlin teens

The entire process of developing the script, finding actors and preparing them for the film stretched over several years. Lukacevic initially worked with youths in Wedding to develop a play based on Shalicar's autobiography. The director then turned that material into a film script.

Non-professional actors — young Palestinians, Syrians, Iranians and Turks — were invited to join a preparatory improvisation workshop that lasted several months. In it, they worked together on all the different roles, each taking on the perspective of being the Jewish boy who had to hide his identity. 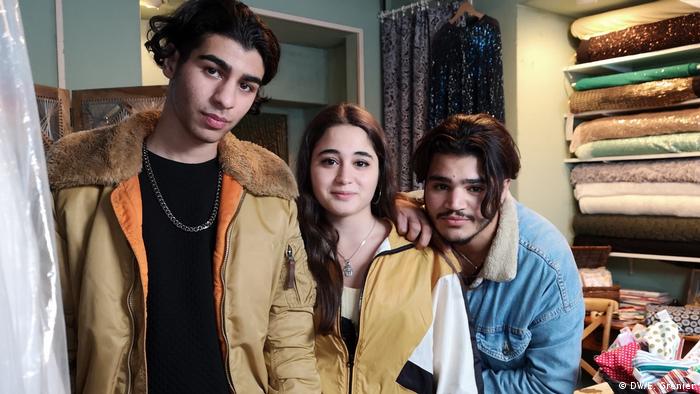 A story that keeps repeating itself

While the actors all come from a Muslim background, a Jewish boy who was bullied and physically assaulted by his schoolmates contributed to the workshop as well. "His case was well documented; he's the son of the director of Human Rights Watch Germany, Wenzel Michalski," says Lukacevic.  "He had many Arab and Turkish friends in high school until they found out that he was a Jew." The boy's testimony, which reflects the story of the film, really helped Kabadayi prepare for his role as Soheil, the filmmaker adds.

Lukacevic decided to set Shalicar's biographical experience from the 1990s in today's Berlin, because the story it tells "is way more relevant today than it was 20 years ago." But the director doesn't define his film as a story about anti-Semitism, which he feels is a very complex issue and not a story in itself.

However, the fact that Warner Brothers Germany took on the movie, even though the major production company usually wouldn't support a project without any renowned actors in the lead roles, demonstrates that the story and the broader issues it outlines are the main draw of the project.

Wenzel Michalski: 'He was taunted as a Jew'

Thomas Meyer, the author behind the Swiss entry for the Oscars, just published a sequel to his novel: a satire on anti-Semitism and conspiring far-right terrorist groups. Then the attack on a synagogue in Halle happened. (28.10.2019)

The anti-Semitic attacker allegedly acted alone, but he was part of a digital community. Via the internet, hatred and agitation are spread across borders. DW takes a look at the digital world of right-wing extremism. (11.10.2019)