″The Bomber Jackets Have Become Unnecessary″ | Germany| News and in-depth reporting from Berlin and beyond | DW | 17.03.2006

In a conversation with DW-WORLD, Matthias Adrian discussed how skinheads are changing their image and how increasing numbers of youth, even those without far-right philosophies, are attending right-wing concerts. According to Germany's Office for the Protection of the Constitution, throngs of youth people are still joining the German neo-Nazi scene. Matthias Adrian was a member of the far-right NPD party's youth organization from 1997 to 2000 and organized neo-Nazi marches in Hesse. Today, he is involved in the Berlin-based EXIT initiative, which helps people leave the right-wing scene.

DW-WORLD: How would you say the appearance of far-right youth is changing? It appears that many are slowly distancing themselves from the old image of shaved heads and combat boots in order to find new supporters.

Matthias Adrian: It's very clear to us that the image is changing from that of the skinhead subculture to that of "completely normal" everyday life. In the 90s, when the word "skinhead" became a pseudonym for right-wing extremist, the far-right was pursuing a strategy of setting up "nationally liberated zones" in the eastern federal states, which were considered far-right strongholds. These had to be controlled through violence and by suppressing other youth subcultures. For that, they needed strong young men in bomber jackets.

But today across large swaths of the eastern states, for example in Mecklenburg-Western Pomerania, especially in the countryside, these "opponents" simply aren't there anymore. So the bomber jackets have become unnecessary. Now they're cultivating another image, that of the "nice Nazi next door," who might be a right-winger, but who also helps old people cross the street.

And this is supposed to help them find new supporters? 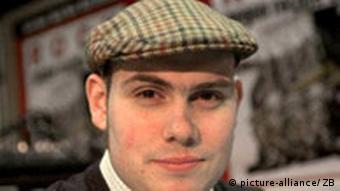 In eastern Germany, it's hardly necessary anymore to seek out supporters. In Mecklenburg-Western Pomerania, it's become completely acceptable to have a far-right orientation, or at least to see right-wing extremism as a very normal political standpoint. There has been a real change in this respect. Being a right-wing extremist is no longer a reason to be ostracized by society. It's seen as a completely normal political opinion, just like any other.

Is right-wing extremism still concentrated largely in the eastern states?

Unfortunately, these structures are clearly recognizable in the west as well. Of course, not in the magnitude that they are in the east, but in Hesse, where I come from, a neo-Nazi framework has been firmly established across the region.

In most of the wine-growing villages with populations from five to seven thousand, there may only be two or three far-right youths. But when they get together at a wine festival in the region, then you have about 80 young people in one place who are prepared to use violence. It can be difficult for other young people, who don't adhere to the right-wing dress code or are of foreign origin, to get through the mob.

So it could be problematic if a lot of far-right youths in the west decided to band together?

The networks are, in any case, definitely there and are expanding. In the Rhine Valley region in the last few years we've seen the development of something remarkable. The concentration of new right-wing groups here is approaching levels we see in the east. If these groups spread out, there could be a serious conflagration in the region. I also find it horrible that this problem is hardly recognized by the public. Sometimes I feel like I'm a lonely voice in the wilderness.

Couldn't it also be the case that the inhibitions that young people who are not part of the right-wing crowd used to have about attending right-wing concerts have fallen?

Yes, of course. If I as a "normal" young person am afraid to go to that kind of concert, that clearly hurts the image of the far-right movement. It's only through this subculture and this music that right-wing groups can reach young people, which is also the reason why these concerts are put on in the first place. If young people no longer have to be afraid to go to the concert, you can reach more of them than you could through violent behavior.

Yes, for example, look at the so-called "schoolyard CD." The idea came out of the far-right scene, where music groups which support the NPD released a CD. But the songs were so openly Nazi and glorified violence so much that they were confiscated. So the NPD released a new CD, which had pretty harmless song titles on it. Only one song, "The Skin of One's Teeth," was categorized as dangerous to youth. Then the NPD put out a second CD, which was legally watertight, since it only had songs on it which had already been released and were not on any government watch list.

Despite that, many teachers took the CDs away from students. One student even pressed charges against a teacher, and he was actually convicted of theft. Because the student was a member of the youth wing of the NPD, he had all the power of the party supporting him, including several lawyers who are NPD members. The trial didn't cost him a cent.

So the right-wing parties are interacting with the larger society in different ways today than they did several years ago?

The right-wing scene has decided to pursue a legal path these days. Just recently in Berlin there was a test case conducted regarding demonstration rights for the NPD. The judge rejected the motion on grounds of a lack of police presence, but still the NPD advocated being able to safeguard its legal rights to demonstrate and to assemble. How can you argue against that?

The NPD is trying its best to play by the rules. We can only try to prevent the scope from expanding, for example, regarding the (annual) Rudolf Hess demonstrations and Nazi symbols. One could still do quite a lot in this area, but that would just lead to the far-right keeping even closer to the rules. In a few years, the scene will be to the point where they always make their projects legally watertight from the very beginning. Then there will be little that the courts can do to fight them.

Germany's Supreme administrative court has ruled that a neo-Nazi rock group that spread racial hatred was a criminal organization, upholding a first such statement in Germany against a music band. (March 12, 2005)

Police Carry Out Major Raids of Skinhead Group in Germany

Police across Germany staged raids against the outlawed skinhead group Blood and Honor and identified several suspects believed to be managing its activities underground. (March 8, 2006)

Germany's neo-Nazis are increasingly using music to spread their message, particularly among the unemployed youth of the former communist East Germany, according to experts on extremism. (Dec. 24, 2005)