The African Union debates its relationship with the International Criminal Court | Africa | DW | 11.10.2013

The African Union debates its relationship with the International Criminal Court

If Kenya were to leave the ICC, the consequences could be dramatic. African heads of state and government meet in Addis Ababa for two days of deliberations over future ties with the court. 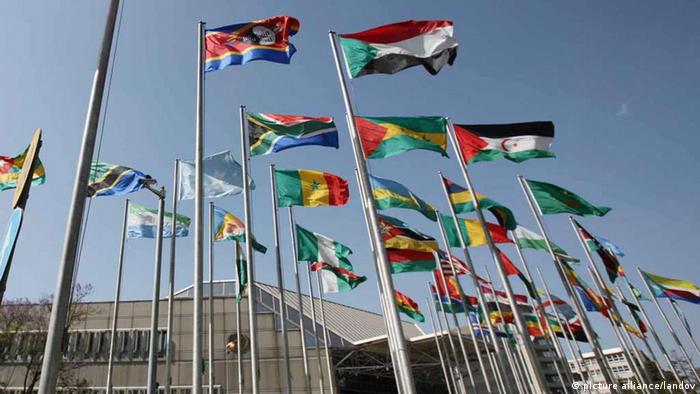 Kenya's presidential spokesman, Manoah Esipisu, displays his diplomatic skills when talking about his country and the Hague-based International Criminal Court. There had been no attempt to win support for his country ahead of the special African Union summit being held in Addis Ababa this Friday and Saturday (11/12. 10.2013), he said. But Kenya was happy to have the opportunity to discuss a matter of such importance for the African continent.

This is something of an understatement. In the days leading up to the summit, the Kenyan government despatched emissaries across the entire continent to drum up support for its anti-ICC position. Kenya's president Uhuru Kenyatta and his deputy William Ruto stand accused in The Hague of responsibility for the riots that flared up after disputed elections at the end of 2007 which left hundreds dead. The Kenyan parliament has since voted in favor of withdrawing from the ICC. 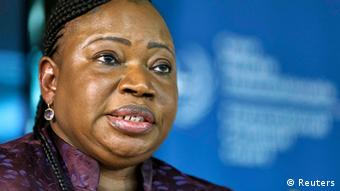 Kenya has an ally in neighboring Uganda. President Yoweri Museveni accused Western powers of using the ICC "to install leaders of their choice in Africa and eliminate those they don't like." Similar criticism has come from Ethiopia, Rwanda and Tanzania. All three support Kenya's plans to pull out of the ICC. Even South Africa's powerful ruling party, the African National Congress (ANC), spoke of a "judicial coup" in connection with the Kenyan leaders and said there was clear evidence "that the ICC is used more to effect regime change in the majority of cases."

ICC Chief Prosecutor Fatou Bensouda has consistently rejected charges that the court is prejudiced against Africa. From Gambia herself, she points to the fact that five of the 21 judges, including the court's vice president, are Africans. It is also true that Africans are the accused in all eight cases currrently before the court. But it was mostly the African countries themselves which called on the court to open legal proceedings in cases concerning human rights violations - in Ivory Coast, Uganda, the Central African Republic, Mali and the Democratic Republic of Congo. 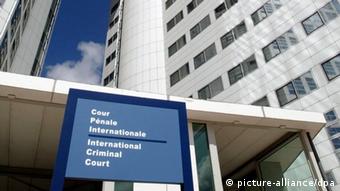 The ICC has been widely criticised within Africa

These countries now have a special responsibility to quash the rumor that the International Criminal Court is biased against Africa, said Georges Kapiamba, president of the Congolese Union for the Defense of Human Rights (ASADHO, Association Africaine de Défense des Droits de l'Homme). He is one of the signatories to an open letter published on Monday (07.10.2013) in which 130 lobby groups from all 34 African ICC member states call on their governments to continue to support the work of the court. Kenya, which now leads the group of ICC critics, itself called on the court to examine the 2007/8 post-election violence when it became evident that this would not be possible in the country's own courts.

The anti-ICC attitude of many Africans has been intensified by the indifference shown to the court by the US, China and Russia. Those major powers have displayed no interest in joining it. There is a strong feeling in Africa that the court should also be dealing with alleged US, British and Israeli human rights violations in Iraq, Afghanistan and the Palestinian territories.

The AU does not have the authority to order member states either to stay in the ICC or to leave. In May 2013 it supported Kenya's application for legal proceedings against Kenyatta and Ruto to return to Africa. The justification the AU gave for this was that the case in The Hague could inflame ethnic tensions and destabilize the Kenyan economy.

ICC has done 'a fantastic job'

A mass AU boycott of the ICC appears unlikely. "We are far removed from such a position," said South Africa's foreign ministry spokesman Clayson Monyela. Nigeria's Minister of State for Foreign Affairs, Nurudeen Muhammad, distanced himself from Kenya which, he said, had its own reasons for being against the court. 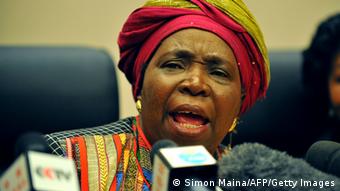 Nigeria, however, had no argument with the ICC. Ghana's President John Dramani Mahama even said in May 2013 that the court had done "a fantastic job in bringing some people who have committed genocide and mass murder to justice."

Against the background of such expressions of loyalty by important member states ahead of the summit, it seems a foregone conclusion that there will not be a mass walkout from the ICC. There could be a symbolic declaration of solidarity with Kenya as a compromise, with the topic being rescheduled to the next regular AU summit in January 2014.

Even if there is no mass walkout, relations between the ICC and Africa (the continent with most ICC member states) need to improve.

In the view of Solomon Dersso from the Institute for Security Studies (ISS) in Addis Ababa, the origins of the differences of opinion between the AU and the ICC lie in the Darfur crisis. "At the time the AU attempted to negotiate a diplomatic compromise between the parties - and the ICC issued an arrest warrant for Sudan's President Bashir," Dersso said. While he also thinks the AU summit will not produce a mass exodus from the ICC, he says the meeting will have "painful consequences" for the court.

The International Criminal Court has called for the arrest of a Kenyan journalist who allegedly bribed witnesses. The court has never before issued a warrant on suspicion of interference with justice. (02.10.2013)

Sweden and Germany have called for the UN Security Council to forward the Syrian chemical weapons investigation to the International Criminal Court (ICC). (06.09.2013)

Kenya's parliament votes to withdraw from the International Criminal Court

Kenya's parliament has voted to tell the government to withdraw from the International Criminal Court. The vote comes before the country's president and deputy president face trial in The Hague. (05.09.2013)