Thai bay from 'The Beach' to close to boats

The once-pristine Thai bay which became a tourist magnet after the 2000 movie "The Beach" will be closed to boats for several months to prevent further damage to its coral, an official said Wednesday.

Hordes of tourists flock daily to Maya Bay on Koh Phi Phi Ley for selfies in front of the famed limestone cliffs and blue waters, leading to complaints of environmental damage to the water and sand.

But the picture-postcard beach of the Leonardo DiCaprio film will be closed to boats from June to September this year, Worapoj Lomlim of the Phi Phi islands National Parks told. "For around 20 years the bay has welcomed boats to moor in front of the beach... but their engines have damaged coral reefs and caused problems with the sand," he said.

"Overcrowded tourist boats have also blocked the view," he added, saying tourists will still be able to reach the beach by foot from an adjacent bay where boats can park.

The closure is the latest effort to mitigate damage caused by tourism, a crucial pillar of Thailand's economy with more than 35 million travellers visiting last year.

But environmental experts and officials are worried the mass tourism is causing irreversible damage to idyllic beaches, with litter and unchecked development disrupting local ecosystems. 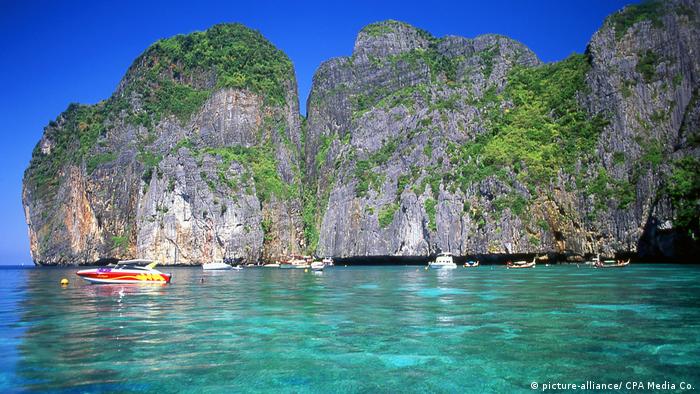 Smoking has already been banned on 20 of the country's most famous beaches this high season, with a hefty fine or even jail for those who flout the new rule.

New Bangkok-Pattaya train to kick off

New Bangkok-Pattaya train services will begin in mid-to-late March to boost Thailand's tourism. The new train reaches its destination about one hour faster than regular trains. (06.02.2018)