Winter weather in Texas has left millions of people without heat and electricity. But volunteers braved the big freeze to rescue "cold-stunned" sea turtles. 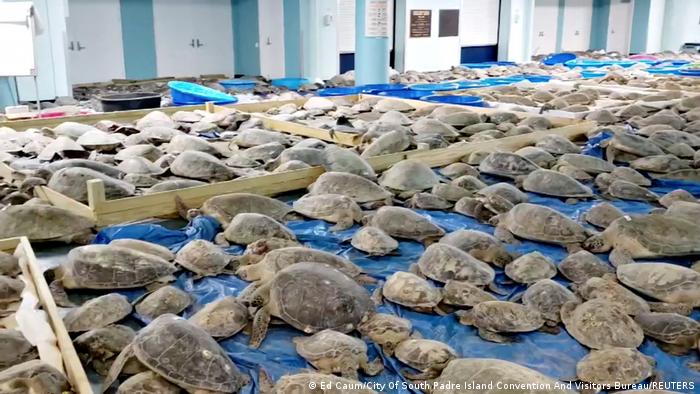 Texas residents have rescued thousands of sea turtles from the beaches of South Padre Island, as a massive winter storm entered its sixth day on Thursday.

Millions of people in the southern state have been left without heat for days due to power shortages in the freezing weather, but it has not stopped some from saving sea turtles.

Volunteers have reportedly brought more than 3,500 sea turtles to a convention center for shelter until the water temperature rises again.

In a video shot by Ed Caum, the executive director of the South Padre Island Convention and Visitors Bureau, turtles cover the floor of the center as volunteers bring more of them in.

Why were the turtles in danger?

Caum said the turtles were "cold-stunned," as they go through a hypothermic reaction that hinders their movement when the temperature in their environment drops.

"We've brought them to the convention center to get their core temperatures back up," Caum said in one of his videos.

Caum told The Associated Press that he was unsure when the sea turtles could return to the water as the winter storm continues, explaining that the water's temperature has to rise above 15 degrees Celsius (60 degrees Fahrenheit). 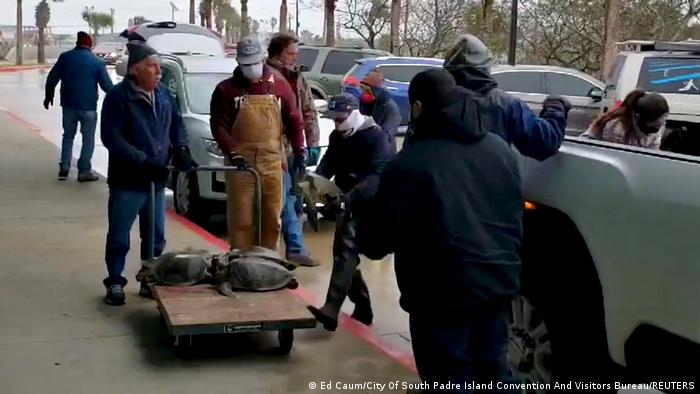 Do turtles usually end up stranded?

Wendy Knight, executive director of research and conservation center Sea Turtle Inc, said that typically only a few hundreds of turtles end up on the beaches in south Texas in the winter. "It's an unprecedented event," Knight told Reuters news agency.

Knight's organization has had an overflow of sea turtles in need of shelter during the past few days, so the South Padre Island Convention Center started helping.

Fishing restrictions to protect turtles put a huge strain on fishermen and their families in Odisha, India.

With the cold wave that slammed eastern US over the weekend, the National Weather Service warned that the green iguanas, native to tropical climates, were becoming immobilized in the cold and falling to the ground.