Tensions simmer after axe murderer′s pardon | Europe | News and current affairs from around the continent | DW | 08.09.2012

Hungary's recent extradition of a convicted axe murderer to Azerbaijan has caused a scandal. At home, the killer was pardoned and celebrated. It's rumored that Hungary and Azerbaijan brokered a deal for the extradition. 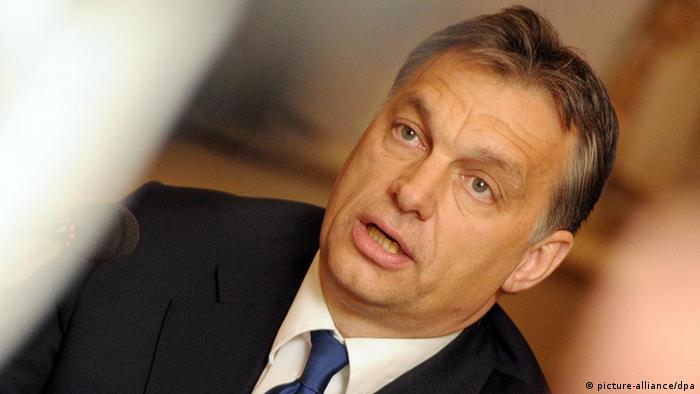 The last time a diplomatic gesture made by Hungary had geopolitical consequences was in June 1989, when Hungary's then-foreign minister, Gyula Horn, and his Austrian counterpart Alois Mock cut through the border fence between the two countries. The gesture marked the beginning of the end of the Iron Curtain between East and West.

This time around, 23 years on, a diplomatic gesture made by Hungary could have far less positive - some even say disastrous - geopolitical implications. Hungary has extradited a convicted murderer to Azerbaijan, where he was instantly pardoned. This brought tensions between Armenia and Azerbaijan to a new climax and the Caucasus region to the verge of a new war.

The US, the EU and NATO have taken crisis diplomacy measures in an attempt to prevent the worst case scenario between Armenia and Azerbaijan from emerging.

Meanwhile, Hungary's government is rumored to have agreed to a foul deal with Azerbaijan. In return for the extradition of murderer Ramil Safarov, Azerbaijan is said to have promised Hungary to buy some three billion euros ($3.84 billion) worth of its government bonds. 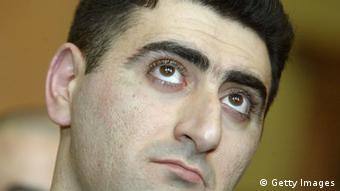 During a NATO-sponsored training session held in Budapest in 2004, Azeri soldier Ramil Safarov murdered a fellow Armenian course participant in his sleep with an axe. Safarov said the killing stemmed from traumatic childhood experiences in which his family was driven out of Nagorno-Karabakh, the Armenian enclave in Azerbaijan. Disputes over the region have put the two former Soviet republics in a state of war with each other for almost 25 years now. Due to the intense brutality of his deed, Safarov was sentenced to life in prison; and pardoning him would only have been possible after a minimum of 30 years.

Safarov has since been celebrated as a national hero in Azerbaijan, and Azeri diplomats tried for years to convince the Hungarian authorities to extradite him. The Orban government finally agreed. On August 31, Safarov was flown out of Hungary in an Azeri special plane. Some say that Azerbaijan did make a promise to Hungary at the time that Safarov would have to continue serving his sentence in prison. But no sooner had the plane arrived at Baku airport than the 35-year-old was greeted as a hero. He was pardoned and even promoted to the rank of major by Azerbaijan's President Ilham Aliyev.

The move caused Armenia to stop all diplomatic relations instantly with Hungary, and Armenians abroad took to the streets worldwide in protest against Hungary.

Azerbaijan, which has accrued significant capital with crude oil, is said to be planning an investment of up to three billion euros worth in Hungarian state obligations. Hungary could use the money. The country is in a dire financial situation and has been in long negotiations with the International Monetary Fund (IMF) about a possible stand-by loan - without success so far.

Potential donors in China and Saudi Arabia denied Hungary loans not long ago. So could the country have turned to Azerbaijan for money? Both sides are denying that Baku promised to invest billions in Hungarian bonds in return for Safarov. However, in early August, Hungarian economic media outlets had already reported on a possible bond buying deal planned by Azerbaijan. Both countries are also in talks about intensifying economic cooperation.

Hungary's leadership has since commented nonchalantly on the potential disaster stemming from Safarov's release. Hungary doesn't "consider the conflict to be of particular importance," but rather was taking notice of it "in calmness and optimism," said Prime Minister Viktor Orban on Monday (03.09.2012) in Budapest. 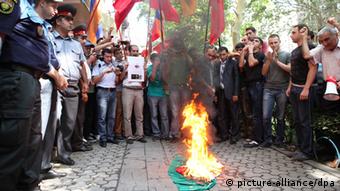 Armenians are outraged about the extradition

Politicians from the Hungarian opposition and a number of independent observers are appalled at the government's conduct. The head of the Socialist Party (MSZP), Attila Mesterhazy, asked in parliament: For "just how much money has Viktor Orban sold Hungary?" A commentator of Hungarian daily "Nepszabadsag" wrote that Hungary hasn't been left with much of an international reputation to start with. Now, the country would be regarded even more suspiciously, the commentator continued.

While both the US and Russia voiced open criticism of Hungary's extradition, the EU in Brussels is holding back official comments of concern for now. Hungary had signed a bilateral agreement that was quite obviously broken by Azerbaijan, said a spokesman for the EU's foreign policy coordinator, Catherine Ashton, to DW.

It's likely, though, that there's behind-the-scenes consternation in Brussels on Hungary's course of action, which could have a direct impact on the overall stability in the Caucasus region. That's what most observers in Hungary are concerned about, too. In an essay, philosopher Gaspar Miklos Tamas criticizes what he calls the "lack of responsibility and ignorance" demonstrated by Hungarian leaders.

"The fact that the Hungarian state is governed by some aging adolescents who are aggressive, irresponsible and incapable of finding their way in matters that concern the world at large is simply appalling," he wrote.

For Armenia, Iran is de facto the sole connection to the outside world. The transport routes through other neighboring countries are blocked. Yerevan fears isolation in case of a military conflict in the Gulf. (27.01.2012)